A real estate company in Southfield, Michigan, put fake notices to vacate on its 8th-floor residents’ doors on March 18. Contour Companies, which just bought the building, tried using the fake notices to scare tenants into moving out early so they could convert the building’s 8th floor into more profitable senior living units. The illegal notices falsely state that tenants have only one week to move or be taken to court for eviction. A real notice to vacate must give tenants at least 30 days to move.

Vanessa Yemoja, who has lived on the 8th floor for about a year, told Liberation News that tenants immediately knew the notice was illegal. “We all know evictions are not done in a week, legally that is not possible,” she said.

Legality, however, was not the concern or goal of the notice. According to Yemoja: “This is a scare tactic that a lot of landlords use on lower-income people to scare them into thinking they have to move as soon as possible.”

Yemoja explained that the day the fake notices were posted, “a ‘town-hall meeting’, that’s what they [Contour Companies] would like to call it, was arranged for all the 8th floor tenants. The new management was letting us know we have a week to get our things and leave, which is of course illegal.”

At that meeting, Andrew Ortega, the owner of the units, “fake-called the police to scare the tenants because most of the people down there were Black,” said Yemoja.

The police were eventually called, but what happened next was unexpected. According to Yemoja: “The police were telling management there is not much that they can do and telling them they can’t place us under arrest and they can’t do anything because what the management company is doing isn’t right.”

Despite this illegal behavior, Contour Companies markets itself as a progressive company with the mission statement: “We Create Communities for Idyllic Living — and We Do It Right.”

The marketing apparently convinced the Southfield city government, which sold the vacant Northland Mall to Contour Companies for only $11 million last year. The company plans to turn the former world-class shopping mall, the first mall built in metro Detroit, into apartments.

As for solutions, “I would definitely like to see the government do more when it comes to housing during the pandemic. The fact that we still have to struggle through a pandemic to pay bills to landlords who are trying to illegally evict us, is sickening,” said Yemoja. “Situations like this are dire to peoples’ existence when it comes to shelter because that is a fundamental need that all humans should be provided with at a bare minimum.”

While homelessness has always been a man-made crisis under capitalism, with vacant homes outnumbering unhoused people 6 to 1 in the United States, the coronavirus pandemic and accompanying economic crisis have made the situation much worse.

The CDC moratorium was set to expire at the end of March, but was extended on March 29 for an additional three months until June 30.

If that moratorium is eventually allowed to expire, it will almost certainly lead to a flood of backlogged eviction proceedings moving forward.

In Michigan, community organizations have long been pushing for systemic change and seem to have increased momentum due to the crisis. The Moratorium Now Coalition held several demonstrations at the State building in Detroit demanding Democratic Governor Gretchen Whitmer and the State Legislature place a one-year moratorium on all evictions, foreclosures and utility shutoffs and release federal funding to help stop evictions.

Dozens of people attended a barbecue fundraiser on March 27 to support a Detroit resident facing an illegal eviction. A mass demonstration against evictions has been called for April 10 by Detroit Will Breathe and Detroit Eviction Defense. 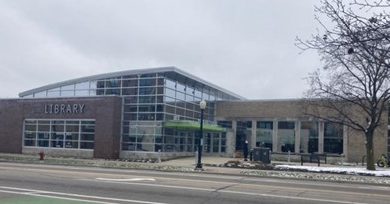