Connecticut workers win when they fight back! 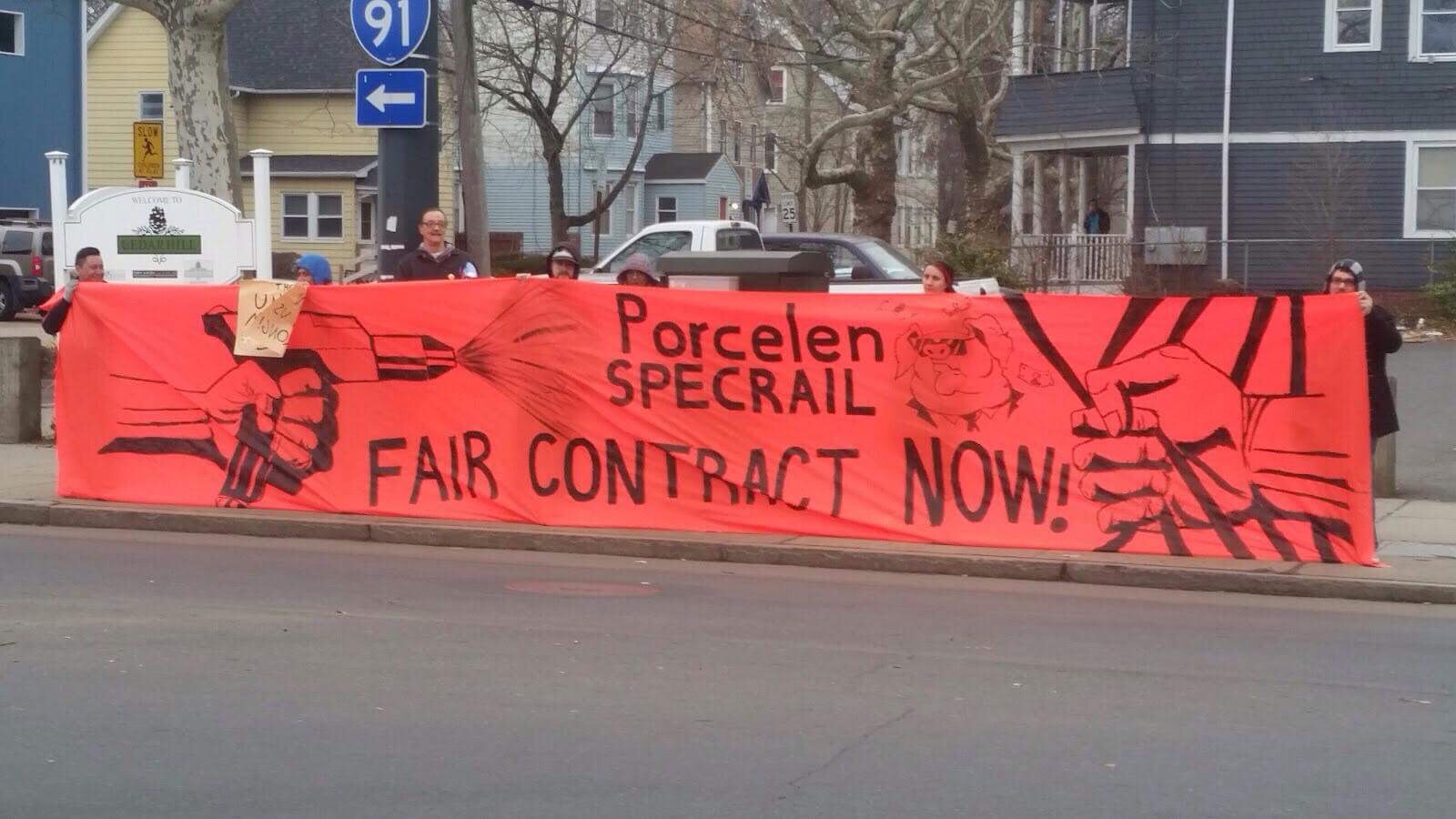 In the New Haven, Connecticut  suburb of Hamden, workers at the Town House diner won a major victory with a judge deciding in their favor in a battle with the owners of the restaurant over wage theft. The owners, Spiro Protopsaltis, Dina Topcu, Aristotle Protopsaltis and Ahmet Topcu, were paying these workers as little as $3.14 an hour with no overtime pay, yet demanding 72-hour weeks. Minimum wage in Connecticut is $10.10 an hour. The Department of Labor awarded the six workers, who have stood on a picket line along with community members and workers’ organizations, $65,000 in back wages.

These workers decided over a year ago that they were no longer going to put up with having their money stolen from them by the owners. The workers and community activists, from organizations including Unidad Latina en Accíon and the Party for Socialism and Liberation, protested regularly, week after week, though the winter, through threats of being arrested, through threats of calling ICE on them, through having sprinklers turned on them in the freezing cold.

The owners also paid some of their other employees to come out to counter-protest with bullhorns and mock the workers and their families.

The workers never gave in, coming back for almost a year, many times being threatened by the Hamden Police Department with arrest for trespassing. One community member was arrested for stepping on the edge of the property while carrying his young son in his arms. The police then refused to let the crying child’s mother come on to the sidewalk to get her baby. These were some of the tactics that were used to discourage the workers from fighting for what was owed to them, but the workers and the community never gave up their fight. When workers fight back, they win.

These same Town House workers are now standing in solidarity with the brave workers of the Porcelen railing factory who have been on strike for over four weeks, demanding better pay, less expensive health care and a retirement plan. The workers are members of the Painters Union Local 186. More than half of all the workers at Porcelen have been picketing every day now for over a month.

One worker, Hector Zempoalteca, who has been on the picket line every day, said, “Some of these workers have been here for 20 years or more and now the owners will not even negotiate with us. I have been here for 7 years without a raise.” Employees’ healthcare costs have risen to be almost 25 percent of their pay, far too much for these workers to sustain.

In recent weeks the owners have threatened workers, with varying immigration statuses, with ICE action. The owners have now made it known that employees will have to have legal Social Security numbers before returning to work. After many years of working and never having to verify their status, this is now a direct threat to striking workers.

Immigrant rights are directly tied to workers’ rights across the country today, and Connecticut is no exception. Many of the most abused and underpaid workers are immigrants, who face retaliation and often ICE action if they attempt to unionize or demand better treatment. It is crucial that all people stand in solidarity with immigrant workers who organize because they are treated as the prime targets for abuse by bosses.

Rallying workers have stood defiantly in the face of these direct threats, chanting “We are the union, we are the workers, we are the community,” and “The workers united can never be defeated!”

Vanesa Suarez of Unidad Latina en Accíon said, “We will be here until these workers get the respect they deserve. We know workers can win when they stay committed.” In greater New Haven, the immigrant struggle and the workers’ struggle are the same struggle, united in a quest for liberation.