On March 29, Yemen suffered the fourth night of bombing by Saudi Arabia. While exact casualty figures are hard to come by, according to the Yemen Times:

A senior source in the Ministry of Health said the government does not have reliable information regarding the number of casualties caused by the coalition airstrikes because they are taking place all around the country.

The ministry reported 25 civilians killed and another 40 injured in the capital Sana’a following the first night of attacks. By Saturday the number of civilian deaths had reportedly risen to at least 39.

News out of the Houthi stronghold of Sa’ada governorate has been limited, but a Houthi source there reported airstrikes on the Waillah and Bagim districts in the north and in Razih district in south throughout Friday night and early Saturday morning. The source reported 40 civilian deaths since Wednesday night, 15 of whom died early Friday in an attack on a busy market in Kitaf district, east of the capital Sa’ada.

The multi-party civil war that had been ongoing between the Houthis (supported behind the scenes by Iran and who now appear to be allied with former president Ali Abdullah Saleh); forces loyal to President Abed Rabbo Mansour Hadi who has fled to Egypt; Al Qaeda in the Arabian Peninsula and the Southern secession movement has been further complicated with the brutal open intervention of Saudi Arabia.

Saudi Arabia and Egypt have both spoken about the possibility of putting boots on the ground before. And on Saturday, Yemeni Foreign Minister Riyadh Yaseen said he expected coalition troops to be in Yemen within days.

Saudi leaders have said that if troops do go in, they won’t leave until they have degraded the Houthis’ ability to do battle, CNN’s Ian Lee reported. The Houthis are apt guerrillas. A fight on the ground could prove bloody and lengthy.

As this situation unfolds, so tragic and dangerous for the Yemeni people, let us not forget that Saudi Arabia does not do anything without the go-ahead from the United States. While the U.S. has withdrawn its “training forces” from Yemen, the imperialist military retains its ability to launch drone strikes in Yemen (and elsewhere.)

This horrible situation in Yemen is at least in part a product of the United States’ heedless policies in the Middle East, in which it has overthrown or attempted to overthrow stable but independent governments and fanned the flames of sectarianism. U.S. imperialist policies laid the ground for the growth of ISIS, now found in Yemen in the form of a new group called Sana’a Province, which claimed responsibility for the deadly bombings last week.

Further complicating the role of the U.S. in these current developments, the U.S. in presently engaged in nuclear negotiations with Iran. Some elements of the U.S. ruling establishment see Iran as a stabilizing if independent force in the region, and are seeking to dial back the most extreme “Axis of Evil” rhetoric and policies towards the Islamic Republic. Other elements, most notably represented by the 47 Republican Senators who wrote an “Open Letter” to Iran, seek to continue the demonization and targeting of Iran. In any event, U.S. policy vis-a-vis Yemen and the region does not appear to be particularly well thought out, although the ends are always the same: maintenance of imperialist hegemony.

The bombardment and possible ground invasion of Yemen by an imperialist-backed foreign power is a massive violation of Yemeni sovereignty. All progressive people should stand in solidarity with the right of the Yemeni people to choose their own leaders free from imperialist intervention. 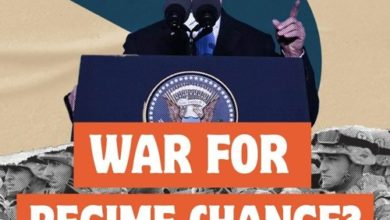 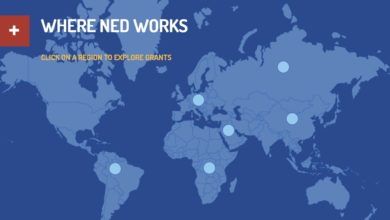 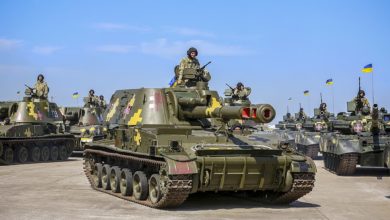