On May 10, the Detroit City Council adopted an ordinance providing for the right of tenants to legal representation while facing evictions. The ordinance was the product of a three-year struggle waged by the Detroit Right to Counsel Coalition, which is comprised of numerous tenants’ rights organizations and led by attorney and activist Tonya Phillips with the support of Council president Mary Sheffield.

The ordinance will have a profound effect in the city. From 2014 to 2018, there was an average of 29,330 Detroit eviction filings per year in the 36th District Court, one of the busiest courts in the United States. The COVID-19 eviction moratorium slowed these filings somewhat, but with the end of the moratorium, evictions are once again reaching their pre-pandemic levels.

A study by Michigan Poverty Solutions noted that from 2014 to 2018, only 4.8% of Michigan tenants were represented by an attorney in eviction cases, compared with 83.2% of landlords having legal representation. The study found that tenants are nearly 90% more successful in winning their cases when they have an attorney.

The majority of evictions in Detroit are carried out by investors who picked up the properties cheap at bank- and property-tax-foreclosure auctions and sales. These investors, whose only concern is short-term profit, routinely violate the law by not properly registering the properties as rentals and certifying they are complying with city health and safety codes. With legal representation, tenants will now be able to use these landlord violations as defenses to stop their evictions.

The Detroit ordinance mandates legal representation be provided to all tenants facing eviction whose household income does not exceed 200% of the federal poverty guidelines — $55,750 based on the current federal guideline of $27,750 for a family of four. In a city where the median household income was only $33,970 in 2019, and even less than that for the majority Black population, virtually every tenant facing eviction in the city will now be entitled to an attorney under the household income threshold.

The Detroit eviction epidemic can be traced directly to the role of the banks and financial institutions and their racist, predatory lending practices from 2005 to 2010. Prior to those years, Detroit was a city characterized by vibrant neighborhoods where Black workers owned homes in which they and their families had lived for years.

Detroit formerly had the highest Black home ownership rate of any city in the United States. In 1970, 60% of African Americans in Detroit, well above the national rate of 41%, owned their homes. As of 2006, even after the racist restructuring of the auto industry by Chrysler and General Motors, which shut down of most of the auto plants in the city, the Black home ownership rate in Detroit was still 55%.

However, from 2005 to 2015, 65,000 Detroit homes were foreclosed by the banks. These foreclosures were a product of $4 billion in sub-prime loans — loans at least 3% above the prime rate — which constituted 68% of all mortgage loans written in the city. Many of these were re-financings in which agents of the banks combed Detroit neighborhoods and promised families cash for needed repairs or medical expenses, while covering up the fact that their homes’ ownership was being placed in jeopardy.

The banks bundled and sold these fraudulent loans as Wall Street securities, where their rate of profit was eight times higher than on similar securities for fixed-rate mortgages. Every bank was guilty of this criminal fraud. After the government paid the banks full value on these predatory loans, the foreclosed homes were then sold at auctions for a pittance. They were picked up by investors who milked them for short term gain, then letting them slide into property tax foreclosure or abandoning them completely.

Detroit’s population fell by nearly 240,000 residents from 2000 to 2010, from just under 1 million residents to 637,000. Once thriving neighborhoods, where Black workers owned their own homes, are now replete with abandoned, blighted structures, or empty fields where family homes once stood.

And Detroit, where Black home ownership was once the highest in the United States, is now a city of renters with 30,000 tenant evictions a year.

Banks should fund ordinance as part of reparations owed Detroiters

The Right to Counsel in Eviction Proceedings Ordinance is an important victory for Detroit residents in their ongoing struggle to retain their homes and housing. However, activists point out that the Detroit ordinance faces challenges getting adequate funding in order to insure its implementation. It requires the right to counsel to be funded by county, state or federal funds, as well as from non-profit organizations. The ordinance prohibits the use of city funds until after Dec. 31, 2026.

But last November, Detroiters passed another law by referendum mandating the creation of a Reparations Committee to make recommendations for housing and economic development programs that address historical discrimination against the people of this majority Black city.

The banks that destroyed Detroit’s neighborhoods with their deliberate, racist practices must be made to repay the city and its residents for the consequences of their criminal actions.

The banks should be made to fund the Right to Counsel in Eviction Proceedings to ensure tenants facing evictions obtain the benefits they are entitled to. This would be a first step in making the banks repay Detroiters for the billions of dollars they stole from them. They must provide the necessary funds, to be administered by the community, to rebuild the city’s neighborhoods and ensure the right to housing, quality education and health care for all Detroiters. 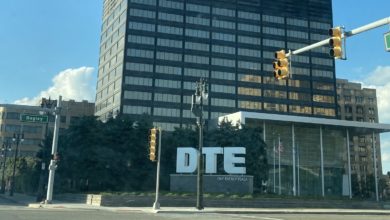