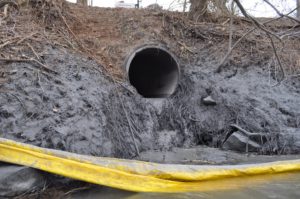 When Duke Energy spilled ten thousand pounds of coal ash and twenty-seven million gallons of contaminated water into the Dan River near Eden, North Carolina, it was suddenly responsible for the third largest coal ash spill in U.S. history. Local residents found their water supply contaminated with coal ash, a known carcinogen, as well as arsenic, mercury, and other heavy metals poisonous to human and animal life. Residents were advised to drink and use bottled water exclusively and to avoid fish from the contaminated river. With time, the toxins also seeped into the ground water poisoning the aquifer and endangering well water.

Even prior to the major spill, Duke plants were leaking coal ash into the water with elevated levels of toxic lead and mercury being discovered in the wells of Dukeville as well as the blood tests of those who drink well water, like Ron Thomas who had been left in the dark about these hazards. As he put it, “We’ve been drinking that water for years, and now we find out its contaminated.”

Since its merger with Progress Energy, Duke Energy now has a monopoly on North Carolina power controlling 95% of all energy production in the state.

This monopoly has given Duke Energy access to another form of state power. In keeping with the staunchly neoliberal policies of the state, Duke Energy enjoys little regulation. It was only after the coal ash spill that there was an effective appraisal of their sites, which found all of Duke Energy’s locations to be at intermediate to high risk. The company’s  influence also bought them protection following the spill.

A coalition of environmental groups led by the Southern Environmental Law Center tried to sue Duke Energy three times for damages and were repeatedly shot down. Finally, the state regulatory agency declared it their jurisdiction and put an end to further attempts. The agency then proceeded to deliver a slap on the wrist in the form of a fine of just under $100,000, less than 0.1% of the cleanup cost, which Wake Forest University’s Dennis Lemly estimates at $300,000. Such minor fines are unlikely to curtail bad behavior, especially when Duke Energy’s annual profits are in the billions of dollars.

The most conspicuous example of Duke Energy’s leverage over the state government is North Carolina’s Republican Governor Pat McCrory, now famous for his avid defense of the state’s discriminatory HB2 law. McCrory was an employee of Duke Energy for 28 years before becoming governor and owned $10,000 in stock in the company at the time of the incident. The legislature made repeated attempts to establish a Coal Ash Commission to monitor Duke Energy’s cleanup, but each time was vetoed by the governor.

“This legislation is not good for the environment or for the rule of law in North Carolina,” responded McCrory when asked why he repeatedly vetoed any type of oversight of the mega polluter.

There was, of course, no veto against House Bill 630, nicknamed the Duke Energy Protection Act, which extended the timetable for cleanup and effectively giving Duke Energy the freedom to set their own deadlines.

Duke Energy did eventually plead guilty to charges of wrongdoing in court accepting a $102 million fine, but only two weeks later an undisclosed meeting was held at the governor’s mansion between the CEO and lawmakers.

Not long after that, Duke Energy was given the green light to proceed with its preferred controversial contaminant movement strategy involving relocating the contaminant to open-pit clay mines in Chatham and Lee counties despite risks to well water-dependent residents in those counties. 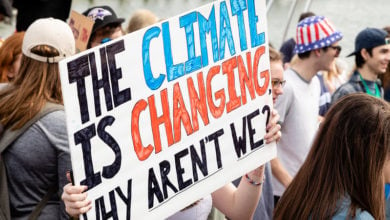