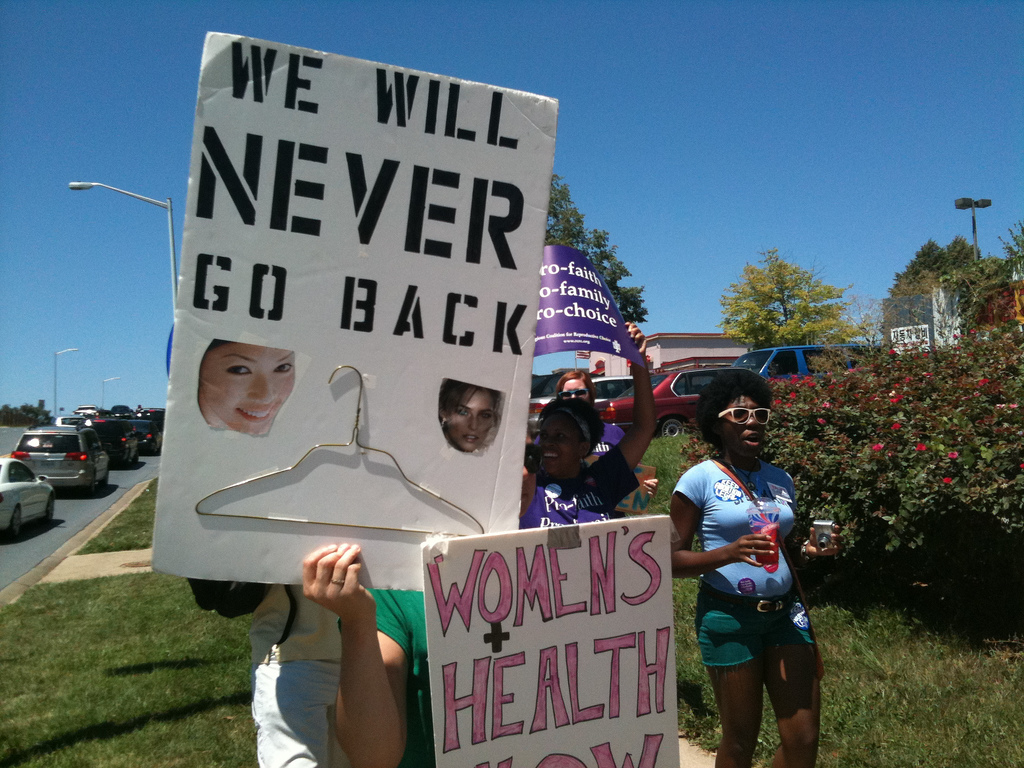 In the midterm election in November, Alabama passed via referendum Amendment 2, which states it is: “the public policy of the state to recognize and support the importance of unborn life and the rights of unborn children, including the right to life.”

This amendment was set forth by the religious far right as an attack on the right to choose. The language of the amendment is carefully worded as to avoid conflicting with federal law and Roe v. Wade, the 1973 Supreme Court decision that legalized abortion. Nevertheless this a severe attack on women’s rights that must be fought by all working class people.

Ever since Roe, reactionaries in Alabama have been fighting to ban abortion. By outlining a generally anti-abortion policy stance, the amendment sets the stage for further erosion of women’s reproductive rights in Alabama. In Alabama, there are now only 5 abortion clinics, down from 6 in 2011. In 2014,  93 percent of Alabama counties had no clinics that provided abortions; 59 percent of Alabama women lived in those counties. (Guttmacher Institute) Those seeking abortions in Alabama must wait 48 hours before the procedure and go through “counseling” that includes information designed to discourage  having an abortion and an ultrasound–both of which are prohibitive and intrusive requirements.

Other restrictions already in place in Alabama include that Affordable Care Act health plans can only cover abortion if the woman’s life is endangered, rape or incest. Additionally, the use of telemedicine to administer medication abortion is prohibited. The parent of a minor must consent before an abortion is provided. Public funding is available for abortion only in cases of life endangerment, rape or incest. (Guttmacher Institute)

Abortion is an important medical service. Amendment 2 does not end the practice of abortion right now, although that is the end goal of those who supported it. Criminalizing abortion however would not end the practice, instead, abortions would be relegated to unprofessional and illicit providers. Illegal abortion is far more likely to kill or seriously injure the patient.

“These services not being accessible is dangerous because it could kill folks who desperately need it.” said Rowan, a local abortion doula and pro-choice activist speaking with Liberation News. “My great great grandmother died due to a botched abortion done by a knitting needle because she did not have access to an abortion done by a professional in a clean environment.”

It’s clear that “protecting the sanctity of life” is nothing more than a dogmatic slogan used to exert control over women. This election result is a crushing blow to working-class women, many of whom are already mothers unable to financially support more children.

Even against these odds community activists continue to protest and fight back against these threats. Organizations exist like the Yellowhammer Fund, which offers transportation to clinics to those who need it. Despite this major setback, the fight for abortion rights in Alabama is not over. All progressive and revolutionary people should support the  struggle for reproductive rights.