As I write this article from San Francisco, Calif., the sky is dark orange and I need to have my desk lamp on to see, despite that it’s midday. There is so much smoke in the atmosphere above the summer fog layer that only the orange light gets through to the ground.

Northern California is currently experiencing three of the four largest fires in the state’s history, burning over 2 million acres — an area more than twice the size of Los Angeles — since Aug. 18 with hundreds of smaller fires dotting the state. Over 100,000 have been evacuated and thousands have lost their homes, all during an unprecedented economic crisis and a pandemic with no end in sight.

The majority of fires were triggered by a rare weather anomaly. A tropical cyclone off the California coast clashed with a prolonged heatwave, causing an atmospheric disturbance and over 11,000 dry lightning strikes within 72 hours beginning on the night of Aug. 18. This came while the state is in a drought with vegetation prime to ignite. The frequency and severity of tropical cyclones and heat waves in the region is growing with climate change making a repeat of this weather anomaly likely.

Currently, there are 89 large fires burning throughout the western United States. The 367 fires that were sparked by the lightning strikes overloaded already stretched CAL FIRE crews. Other states that generally send crews to support California were tied down with their own fires. The impossible task of containing so many massive fires at one time was even more dire due to a lack of inmate firefighters who annually supplement CAL FIRE crews.

The densely populated San Francisco Bay Area is currently experiencing the longest streak of poor air quality in history — at 23 consecutive days as of this writing. The fires have forced people to stay indoors to avoid smoke exposure in the time of COVID-19 when protecting our respiratory health is even more crucial. But due to the extreme heat wave making it unsafe to keep windows closed without air conditioning, many have no choice but to suffer through the smoke.

Immigrant farm workers throughout the state are being forced to work not only in extreme temperatures but also wildfire smoke. These super-exploited workers face eviction and starvation if they don’t go to work.

Wildfire evacuees face the choice of risking exposure to COVID-19 in shelters or paying for hotel rooms. Although evacuation centers are limiting the number of people per center to maintain social distancing, reports state that enforcement of masks is spotty, forcing working-class people to choose between sheltering in their cars during high temperatures and smoky air or risk COVID-19.

This is the class war on display, which will become heightened as climate change unfolds while the government does nothing significant to protect the most vulnerable. Every year, wildfires are becoming more frequent, larger, and more destructive, yet the state has done little to prepare and protect the population.

Until the 1800s when colonizers banned the practice, the indigenous people of California annually held controlled burns to clear vegetation and reduce the spread of wildfires. In recent years, the state has increased efforts to clear vegetation in advance of fire season. But with climate change exacerbating fire risk, aging electrical infrastructure, and extreme weather events like the one that caused the current fires, those efforts fall short.

At the same time as the fires raged, Hurricane Laura — one of the strongest hurricanes to reach landfall in Gulf Coast history — pounded southwestern Louisiana with 150 mph winds leaving 100,000 without power, cell service, or clean water for more than two weeks now. A dangerous heat wave that followed the storm caused more deaths than the hurricane itself.

After the initial impact, the media has been largely silent on the devastation that the community of the Lake Charles region is facing. Liberation News sent a team of journalists to provide aid and give voice to those impacted. The team discovered that residents have seen no government relief workers and have no access to shelters despite widespread devastation.

Scientists have a hard time predicting exactly how fast climate change will unfold and the extent of the effects. We are currently only at 1 C warming and already experiencing extreme weather and devastation around the globe. The much-touted Paris Agreement’s voluntary commitments have us on target for 3 C warming, when scientists warn that staying below 1.5 C warming is what is needed to avert catastrophe.

Despite being in charge of the wealthiest country in the world, the U.S. government — Democrat and Republican — is doing nothing to mitigate or prepare for the looming catastrophe. Even in to liberal bastion of California, state leadership is not taking the crisis seriously. California is the fifth largest economy in the world, yet there is no money for people’s needs while Big Tech gets tax breaks.

If humanity is to survive this crisis, we must immediately put all resources into preparing for what’s currently unfolding and what’s to come. We must immediately transition off fossil fuels and restore ecosystems that capture carbon from the atmosphere. We must protect the population from climate disasters and provide real relief for people in the aftermath.

Capitalism has proven time and again that it is incapable and unwilling to meet the needs of the people. If we don’t uproot the system that has created the climate crisis, that continues to ignore it and go about business as usual, the majority of us face a truly dire not-too-distant future. The people have the power to change the path we are on — to share the challenges together and build a better world for all. 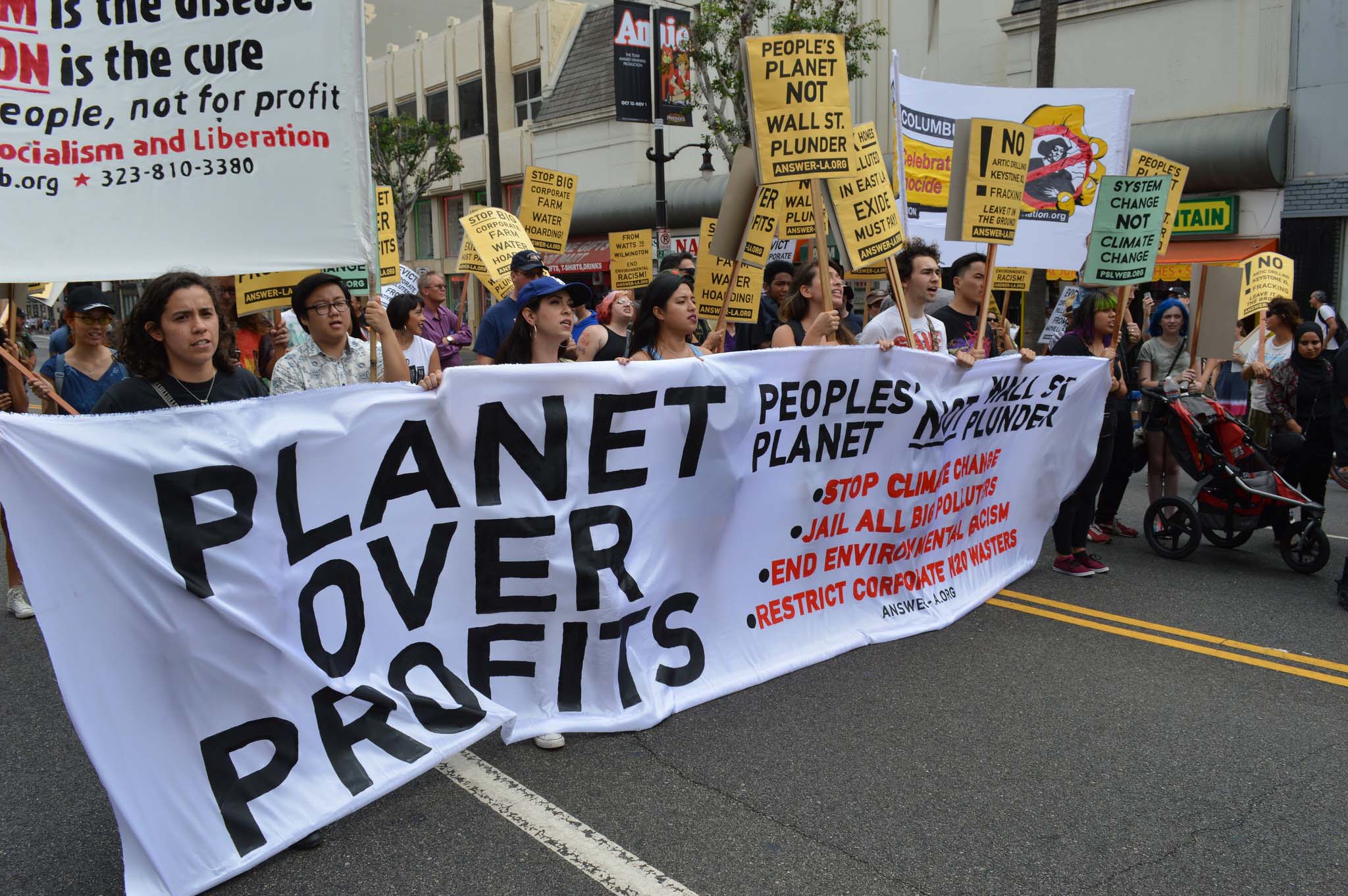