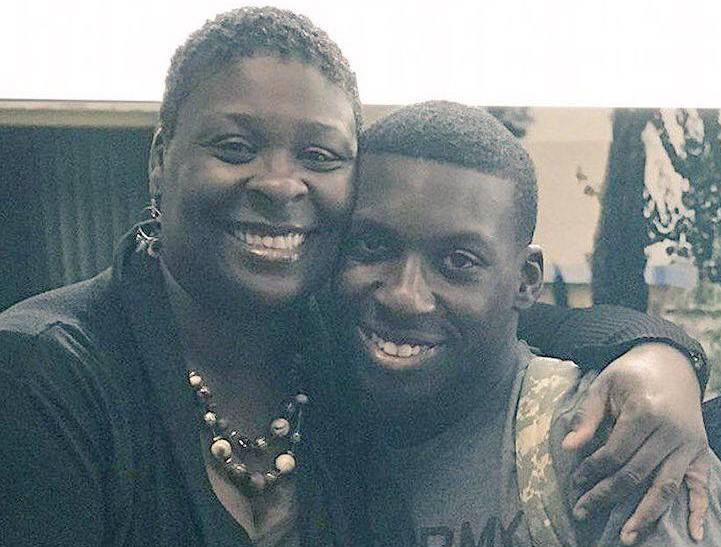 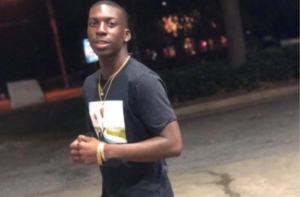 On November 22, in Hoover Alabama (near Birmingham), the Hoover Police Department shot an innocent 21-year old Black man named Emantic Fitzgerald “E.J.” Bradford Jr. at the Riverchase Galleria during an “active shooter” incident. Since this fatal shooting, witnesses have come forward asserting that Bradford was attempting to guide them and others to safety. They say that his firearm was on his waist when a Hoover policeman, who they say did not identify himself or issue a verbal command, shot Bradford.

To make matters worse the officers did not allow Bradford any medical attention from a nurse who was nearby. Initially Hoover police described Bradford as the mall shooter but have since retracted the statement. Bradford’s family is seeking an apology for this untrue statement from both the police chief and the Mayor of Hoover, Frank Brocato.

The shooting also injured two other individuals but Bradford was the only fatality. Since the incident, the officer involved has been placed on administrative leave. The family has retained national civil rights attorney Benjamin Crump who represented the family of Mike Brown, killed by police in Ferguson, Missouri as well as the family of Trayvon Martin who was killed by a vigilante in Florida.

On his Facebook page it says that E.J. Bradford Jr. was a U.S. Army soldier on furlough for the holidays. Being a a soldier was not what ended his life; but neither did it save him from the plight of so many people of color–despite all that is said about “supporting the troops.” Guiding others to safety is the noble and heroic thing to do; Bradford was being the “good guy with a gun” that so many state officials claim we need in response to mass shootings. Bradford’s father is a retired Birmingham jail employee. Bradford even had a valid concealed-carry pistol permit. None of these facts saved him from the bullet of a police officer who was given his power from the white supremacist state to shoot first and (maybe) ask questions later.

This story is remarkably similar to that of Jemel Roberson in Illinois, another Black man, killed by a police officer after apprehending a shooter in the bar where he was a security guard. According to bystanders, they had screamed at the police to not shoot Roberson, shouting that Roberson was the security guard and had stopped the event from taking a more tragic turn. Roberson had had plans to become a police officer himself and had wanted to take a police exam in March. Similar to Bradford in Birmingham, AL., wanting to be a cop had not saved him from the violence that very same state inflicts on those it deems “unworthy” of their own humanity and therefore exempt from the basic rights it claims extend to everyone.

Just two days after the shooting on November 24 a protest was held at the Riverchase Galleria with droves of people in attendance carrying signs saying “Black Lives Matter” and “Stop Police Killings.” The protesters marched inside and outside the mall chanting Bradford’s name and  “No justice, no peace, no racist police.”

Hoover, Alabama has a population of 84,100 people, 70 percent of whom are white, 17 percent Black and 5 percent Latino. It was founded by William H. Hoover, a man with ties to the “White Citizens Council” and the National State’s Rights Party. Hoover was also named as a suspect in a series of synagogue bombings. That the city of Hoover was founded by a man with ties to white supremacist organizations should speak volumes itself.

The city drew the ire of many in 2016 when it considered rezoning 273 acres of land that had been planned for apartments in order to stop what Hoover superintendents called the “apartment problem.” The apartments in Hoover were inhabited by the Black and Latino people, who Hoover homeowners felt threatened their property value and so sought to pressure their representatives to zone them out. In 2014 Hoover had attempted to vote to eliminate school bus service but the vote was rescinded and representatives opted to instead vote to charge a fee for public transportation to Hoover schools which was also rescinded. All of this was attempted in order to make the city less desirable to those who sought to live in those apartments in order to have their children in a better school program, a program of which the city is proud. Examples like these further establish that systemic racism is entwined into the fabric of the city.

People of color in this country have many issues with police; none can truly be solved until capitalism is done away with. Lasting change cannot manifest itself until the entire system of exploitation, mass incarceration, and murder is decisively ended and a new one is built to represent the interests of working and oppressed people. The Party for Socialism and Liberation grieves with the family of E.J. Bradford Jr. and those of the countless other victims across the country, and stands with them and their communities in seeking justice.