Activists in Houston are fighting to stop Texas Children’s Hospital and Ben Taub Hospital from renewing contracts with McDonald’s, which has onsite restaurants that are nothing more than a marketing campaign to promote the lie that McDonald’s is healthy food.

Organizers from Value The Meal, a campaign sponsored by Corporate Accountability, recently met with representatives from McDonald’s Corporation and Texas Children’s Hospital in Houston, Tx. to question if it is appropriate for an institution committed to the health of children to participate in marketing unhealthy foods.

The efforts of Value The Meal organizers began May 6, with a meeting in which Field Managers Zachary Foreman and Sriram Madhusoodanan confronted these issues, particularly the responsibility that Texas Children’s Hospital has as a trusted health role model in the community.

Representatives from McDonald’s seemed to react with indignation at being expected to be held accountable for marketing unhealthy food to children who are being treated  at the hospital. Hospital administrators appeared to be in a rather awkward situation as they were called out on what is obviously a conflict of interest, profiting at the expense of their patients’ health.

The community in general, on the other hand, showed strong support. The general public, passersby, as well as employees of the hospital understood the meaningful message that Value The Meal was trying to convey: that corporate profits should never be more important than the health of the most vulnerable people in society, young children struggling with illness.

Value The Meal is part of Corporate Accountability International’s campaign to stop junk food marketing to children. The campaign has been holding rallies, circulating petitions, building coalitions and distributing press information to inform the public of the health repercussions of junk food for children, in particular children fighting illnesses. In fact, the American Academy of Pediatrics has recommended a national policy prohibiting junk food marketing to kids.

Not only does McDonald’s market to children, it pays its workers an abhorrently low wage. There is a disturbingly high gap in pay between the average McDonald’s worker and the CEO, with the worker making a wage of $8.25 an hour versus the CEO annual salary of $8.75 million in 2012.  The difference cannot be more striking.

This coupled with McDonald’s and other fast food giants extreme lobbying efforts against any sort of wage increase simply reinforces the reality that McDonald’s not only takes advantage of young people by marketing its unhealthy food, but also by fighting against the livelihood of workers with its constant lobbying against an increased minimum wage.

While McDonald’s gains all the positive PR of being affiliated with a hospital, it actively lobbies against reforms that would limit their marketing to children, such as eliminating toys in “Happy Meals.” By contracting with McDonald’s to give them space and exposure within hospitals, trusted medical organizations are creating the illusion of integrity in McDonald’s business model and menu. This is the wrong message for the public to receive. Hospitals must stop participating in McDonald’s PR strategy to cast their brand as trustworthy and healthy. By doing so, hospitals are walking an incompatible path: public health responsibility and enabling the marketing of unhealthy foods to the public that trusts them. Hospitals featuring a McDonald’s restaurant are clearly involved in a conflict of interest. Rather than an institution for healing and wellness, a hospital with a McDonald’s becomes an adversary to public health and welfare.

There 64 million underpaid workers across the U.S., and the fast food industry is where many of them are employed. Unhealthy, poor quality “fast” foods are heavily marketed in poor neighborhoods. Research shows that low wage earners eat a less healthy diet than their wealthier counterparts. Thus the fast food industry plays a major role in creating health disparities.

If hospitals made the people’s health a top priority…

Hospitals should lead the charge to focus the attention on such predatory practices in the interest of public health. After all, public health is their responsibility. They must break contracts with fast food giants and and make the public’s health priority number one. They should also expose the correlation between the predatory business practices of low wages and unhealthy foods, leading to nutrition-related public health crises.

By taking a stand on behalf of public health, hospitals could create a ripple effect possibly resulting in quality nutrition standards in fast food, better wages for fast food workers and improved working conditions in the agriculture business that the fast food industry relies on. This struggle is so much more than just a concern for how many grams of fat are within a burger. This campaign encompasses predatory marketing, easy access to affordable healthy food for poor neighborhoods, the struggle for a living wage and justice for farmworkers. This is a working class struggle. 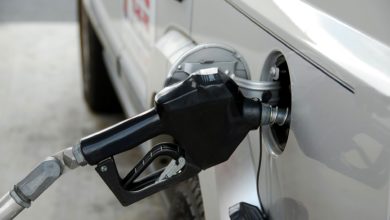