Huge protests in India call for unity vs. government’s effort to expel Muslims 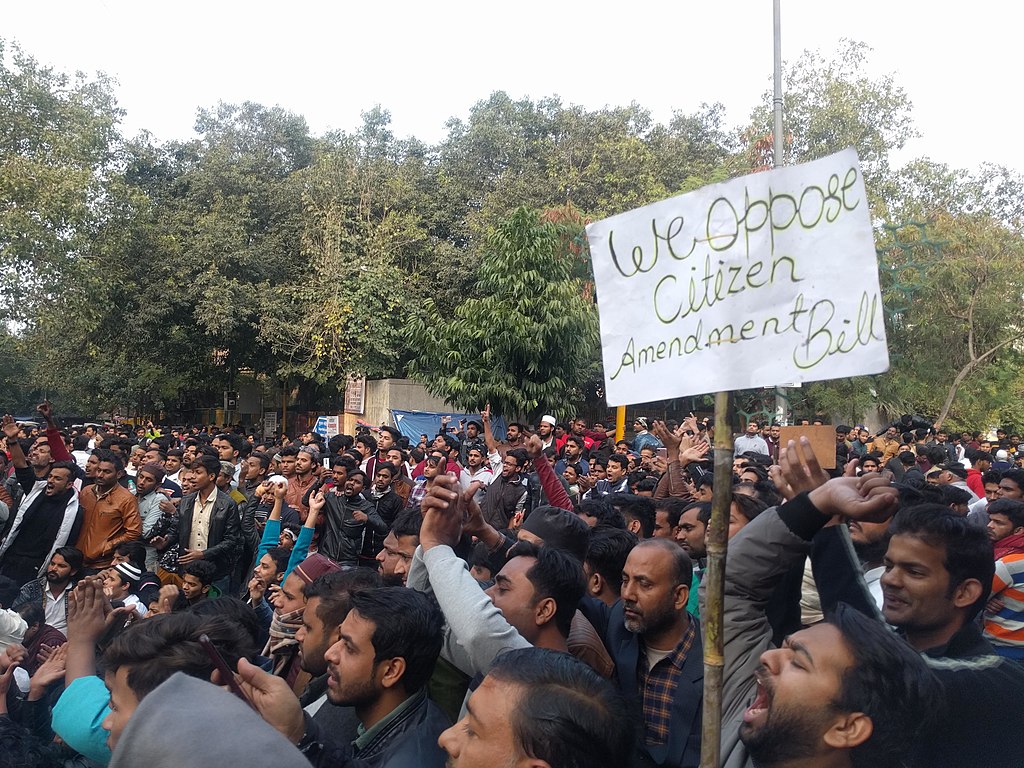 Some of the largest protests in recent decades are taking place across many states in India as mass outrage and opposition mounts against the passage of anti-Muslim legislation. India is home to about 200 million Muslims, but the government is led by a far-right, Hindu fundamentalist party called the BJP. At least 25 people have been killed so far as a consequence of the government’s efforts to repress the demonstrations.

On December 11, the BJP majority in the Indian parliament passed the Citizenship Amendment Act (CAA), also known as CAB, which provides a fast-track pathway to Indian citizenship to non-Muslim migrants who arrived in India prior to 2015 from neighboring Muslim-majority countries like Bangladesh, Pakistan and Afghanistan. The justification that the Indian parliament is trying to sell for the exclusion of Muslims from the CAA is that the bill is catered to religious minorities in Muslim-majority countries. This rings hollow when one considers that Muslim minorities from neighboring non-Muslim majority countries, like Myanmar and Sri Lanka, who have sought refuge in India are demonized rather than given an expedited pathway to citizenship.

The anti-Muslim character of the CAA is evident when it is considered alongside the National Register of Citizens (NRC), a census-based database that tracks citizenship data, and has historically only been implemented in the north-eastern Indian state of Assam.

At various points since the British arbitrarily carved up India during the struggle for independence from colonial rule to form present-day Pakistan and present-day Bangladesh (initially Eastern Pakistan), millions of people have migrated over porous borders to India to reunite with their families, seek employment or safety from civil war, communal violence, or persecution. Assam, being a border state, has since 1948 experienced an influx of migrants and refugees from the east seeking a new life of stability in India.

Following the Immigrants Expulsion from Assam Act of 1950, the first ever NRC was published in 1951 to differentiate Assamese citizens from undocumented immigrants. A string of laws to restrict the in-flow and define citizenship have since been adopted under pressure from the right-wing, narrow nationalist current in Assam that began the anti-foreigner movement in 1979, leading to violence and massacres of migrants at different junctures.

In 2013, Assam approached the Indian Supreme Court demanding to update the NRC. The updated NRC was released in August 2019, and two million people in Assam who were unable to provide documentation for proof of citizenship are now deemed as non-citizens and “illegal,” even though many have lived in India for decades or for generations. Of the two million that are now excluded in Assam, 700,000 turned out to be Muslims and, to the surprise of the Hindu-nationalist politicians who pushed for the NRC update, 500,000 were Bengali Hindus.

While the two million people who are excluded by the NRC will have a ten month window to appeal to the Foreigner’s Tribunal, the reality for a developing country like India, which is transitioning towards mass digitization and the use of biometric databases, is that tens of millions of people who reside in rural areas and urban slums still do not possess documents that can verify their citizenship. In fact, before 2009, half of the 1.3 billion Indians did not possess any form of identification, not even a birth certificate. Today, most Indians possess a proof of residency, which cannot be substituted for proof of citizenship.

In November, a proposal for a nationwide NRC was announced. The CAA coupled with the NRC will have a dangerous effect particularly on the Muslim communities, both native and immigrant, in India because the CAA will provide a pathway for citizenship for Hindus and others from Bangladesh, Pakistan, and Afghanistan so long as they claim religious persecution, but this option will not extend to Muslims. The millions of people who will not be able to prove their citizenship will be detained in mass deportation centers, the first of which is now being built in Assam, and a massive forced expulsion is anticipated if the NRC is extended to the whole country.

State response to mass rejection of CAA and NRC

For the past two weeks, university students, youth, Muslim communities, and the broader progressive left and working-class organizations and unions in many cities across India organized mass demonstrations in the streets to protest the anti-Muslim CAA and NRC. The protests are multinational in character, and solidarity extends across religious lines.

Those protesting condemn the CAA and the NRC and demand their repeal on the basis of religious discrimination, unconstitutionality, and state-sanctioned anti-Muslim chauvinism. They demand that the Indian state uphold its secular nature as guaranteed by the post-independence constitution.

Over 20 protestors have been killed, and thousands have been arrested and detained across the country over the past two weeks. When videos of police brutally beating protesting students of historically Muslim universities like Aligargh and Jamia Millia Islamia emerged, outraged students across the country came out into the streets to show solidarity and to condemn BJP-sanctioned police brutality.

Individual state governments like that of West Bengal, Punjab, Kerala, Madhya Pradesh, and Chhattisgarh, reject the CAA as unconstitutional and are unwilling to enforce it.

The mass protests in India are not only geared towards the CAA and the NRC, but the ruling BJP itself. Those in the streets to defend Muslims know well the far-right Hindu fundamentalist program of the BJP, its ties to the RSS, a fascistic Hindu-nationalist paramilitary organization, or its history of instigating and providing immunity to forces that carry out violence primarily against Dalits, Muslims, and leftists. Most recently, the government of Prime Minister Narendra Modi stripped the Muslim-majority state of Jammu and Kashmir of its autonomous status.

If the CAA and the NRC were to be enforced nationally, the BJP would be one step closer to its ultimate objective: to create a “Hindu Rashtra,” a Hindu nation, much like the Jewish apartheid state of Israel, which the BJP has great admiration for.

Despite India being a country that’s home to hundreds of distinct peoples, hundreds of languages, and many religions, the Modi government is continuing to politically and culturally create an ahistorical narrative around the need to return to an ethno-religious Hindu state and a country for and by Hindus. Over the past decade, BJP-dominated state governments have been reframing school curriculum and rewriting history books to glorify Hindu rulers and the role of Hinduism in the development of modern India, while minimizing and erasing the contributions of Muslims and others.

It must be noted that the United States government, which exudes fake humanitarian concern for Muslims when it works to its advantage in places like China, has remained silent on the mass protests against the CAA and the NRC, and the violence being unleashed on protesters by the Indian government. The U.S. Congress won’t move to pass any bills in solidarity with the protesters in India or against the Modi government, because of the close military, political and economic ties between the two governments.

Within the United States and around the world, progressives in the Indian diaspora have held rallies in solidarity with those protesting in India.

As the right-wing BJP politicians continue to stoke disunity between working-class Indians, the way forward for India is unity and struggle against the fascistic Modi-led BJP government and the capitalist system itself.