As Venezuela continues to confront an onslaught of challenges from the country’s right-wing and its backers in Washington, revolutionary activists and workers are fighting to protect the gains of the Bolivarian process started by late President Hugo Chávez. One aspect of this confrontation is the battle over culture and the use of public space to spread revolutionary consciousness. In such public art, one can see quite literally who controls the streets.

The group specializes in developing communication campaigns, using graffiti, stencils, and other visual arts mediums, and offering workshops to Communal Councils in communities around Venezuela, to support them in creatively communicating the issues that matter in their own neighborhoods.

Abello spoke to Liberation News after a brainstorming meeting, where members shared ideas for murals around Caracas, often working in close collaboration with the Communal Councils. “The more limited we are in terms of resources, the more ingenious we have to be. In that sense, not having the resources of CNN can be considered a virtue,” Abello said.

“When the only thing we have is cardboard and a spray paint, we say, ‘How can I make this image call people’s attention?’ CNN, in one way or another, you make the decision to watch it. You grab the remote, turn on the TV, and say, ‘Well, I’m going to take in this what’s happening in the world.’ What’s painted in the streets when you’re going to the Mercal [government-subsidized affordable supermarket] or you’re waiting for your bus, something calls your attention, and in those two seconds that you saw it, turned around, and read it, and returned to your life, the message has to sow itself in you.”

One day later, members of Comando Creativo met in the barrio San Agustín to work on a mural discussed in the meeting. The mural, in partnership with a neighborhood Communal Council, came from a story told by President Chávez about seeing a massive alligator near the Arauca River.

Josabilt Soto took a break from painting to talk with Liberation News:

“Guerrilla art, art that intervenes in daily life, that renews and transforms that daily life, is something we can do with all different tools – from a laborer to a man working in an office, they can all start to subvert those spaces,” Soto said. “We have to believe that we’re men and women capable of transforming [conditions] and that it’s up to us to make that transformation.

The good thing in Venezuela is that there are conditions to do that, but I believe that, in the rest of the world, there are also conditions and tools to bring that transformation to head. We just have to find that possibility, not, say ‘This is how it is, this is how it’s been, and this is how it will always be.’ Stop believing that. For things to be different, it depends on us.”

Video interview (in Spanish only)

Many of the same artistic initiatives and projects are being replicated with success in other Latin America’s left-oriented countries, including in Bolivia. On Oct. 12, Bolivian voters voted for the re-election of President Evo Morales. The former leader of the coca farmers’ union won a third term with 61 percent of the vote and a resounding victory over his right-wing opponents.

The campaign of Morales’s party, Movement Toward Socialism (MAS), promoting revolutionary culture, attracted heavy participation from young people – from the barrios of La Paz and Cochabamba to the rural highlands around Potosí – who also played key leadership roles heading into the election. 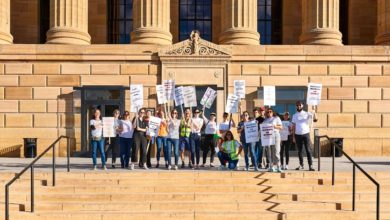