Working-class residents of Indianapolis roundly denied the attempts by the City-County Council to institute a “Sit-Lie” ordinance targeting our city’s homeless residents late last year. But on the same day that 50 people piled into the Council building to make their voices heard, Indianapolis Mayor Joe Hogsett repackaged the ordinance and made a counterattack.

While it has not been formally presented to the City-County Council, the mayor’s proposal includes $250,000 for “homeless services,” most of which would go to the Coalition for Homelessness Intervention and Prevention (CHIP). Another $250,000 would be directed to the Indianapolis Metropolitan Police Department to increase patrols in areas where people frequently panhandle — to essentially achieve the same goal of Sit-Lie through different tactics.

The money for the mayor’s proposal will not come from the landlords or development firms who currently preside over some 8,000 empty homes in Marion County, but from the hands of the working class. A bill passed on Jan. 7 expands parking meter hours across the city until 11 p.m. Monday through Saturday. Some areas of Indianapolis will see up to a 63.63 percent increase in the number of chargeable hours. This includes residential areas, as well as the central business and entertainment districts.

With housing prices quickly rising in the central district, and an inefficient bus system as the city’s only public transport, most workers have no choice but to park downtown. It is these workers who will bear the majority of the burden imposed by this new ordinance. In other words, the new bill is nothing more than a tax on the working class. By tying this tax to the mayor’s homeless initiative, the city government hopes to divide the people of Indianapolis, who had just shown impressive unity in combating the Sit-Lie ordinance.

If this were not offensive enough, the city signed into a so-called public-private partnership back in 2011, relinquishing their claim to the majority of parking meter revenue. Of the first $7 million generated by parking meters, the city only collects 30 percent. The other 70 percent goes to ParkIndy, a consortium of Xerox, Denison Global Parking and Evens Time. While the deal was originally predicted to generate the city some $6 million in revenue over the 50-year contract, more recent estimates indicate they will receive less than half that amount.

In short, the Indianapolis City-County Council has again shown its true colors. Claiming to be helping the most vulnerable, they reach into the pockets of the working class to generate more revenue for the ultra rich in the process. This is completely backwards: Indianapolis must tax the rich! 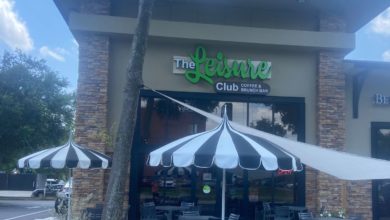