Many thousands of young protesters totally packed the narrow streets around City Hall and stood backed-up on subway steps to mark the New York City Climate Strike on Sept. 20. They had come to claim a future for themselves and the planet and to demand immediate action for climate change. Organizers say 250,000 people participated.

A large contingent of indigenous Brazilian leaders and pro-democracy Brazilian activists highlighted the current genocide occuring in the Amazon as wildfires are used to clear land for agri-business interests. Indigenous forest defenders  let the march behind a banner reading “Our forest our future.” Many Indigenous people had come to New York City make their demands known before the UN Climate Action Summit to take place here next week.

Slogans and signs brought the masses of protestors’ attention to capitalism’s role in threatening the planet, from pro-corporate leaders Bolsonaro and Trump to lobbyists for the fossil fuel and agri-business industries. The protest started from Foley Square and marched through Wall St to Battery park, chanting “Wall Street, hey you, we deserve a future too,”

The day of global strike hit corporate pollution of the earth, the profits over people policies of the military and businesses,  and the lack of political will of many governments to seriously take on these issue.

Among students who had rallies at their school before joining the march were those at City-As-School, an alternative transfer high school located in lower Manhattan.  One of the student leaders explained why he’s striking: “If you murder someone, you go to jail, but in Harlem when people have asthma or poor drinking water, and they die, nothing happens!”

Another speaker, a young mother, demanded everyone to take action to create a better future for all people and not be driven by money or greed. The energy in the rally called for unity in action, in the words of a student organizer, “If we don’t rise, the sea levels will!”

A Party for Socialism and Liberation contingent held signs connecting planet destruction to profit-driven capitalism, and urging participants to fight for socialism. Young people approached the socialist contingent to ask questions about the signs and how socialism could solve the climate crisis. The energy and dynamism of the youth is driving a new movement that is open to hearing a socialist, anti-imperialist perspective. 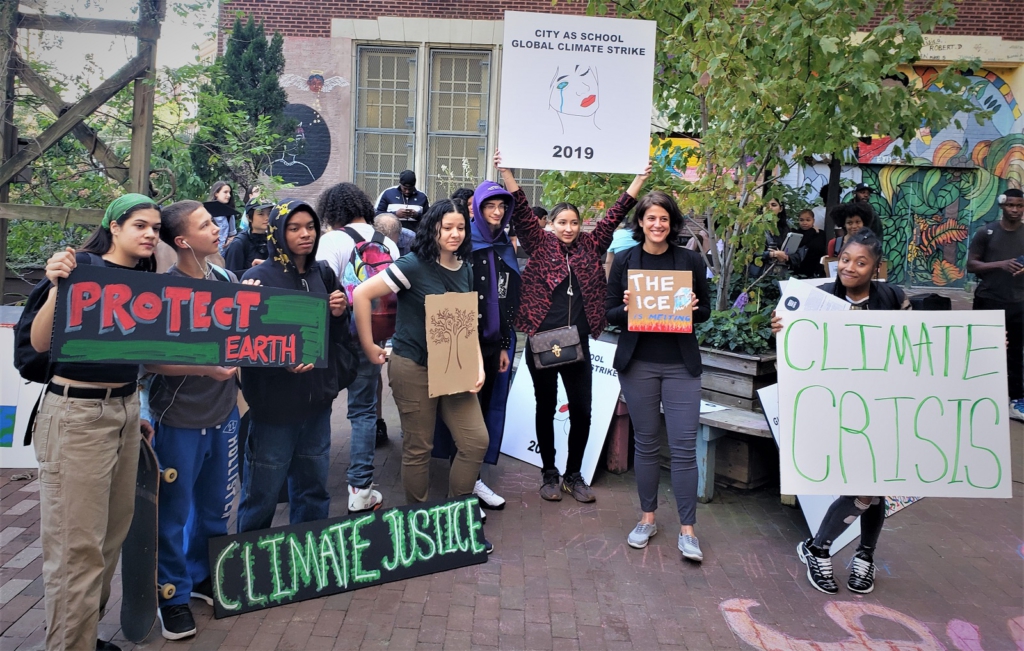 No charges for cop who shot Black man in Kenosha, Wis.