As a young teacher in Chicago in the 2010s, I remember cranking up my radio to hear Karen Lewis speak. She was a badass and a beacon of hope. It’s hard to explain the boost my coworkers and I got from seeing a teacher go head to head with elite politicians, or from hearing her precisely and forcefully articulate thoughts and frustrations we’d had but couldn’t express.

Ten years later, as a union leader in a city a thousand miles away, it’s the legacy of the movement she helped build that stays with me.

In a moment of crisis, Karen Lewis and the CORE caucus reinvigorated class consciousness in teachers’ unions. A movement that began with book groups and local school council meetings ended up kicking off an era of teacher fightback that has dramatically reshaped public education.

The neoliberal policies that are often lumped together under the umbrella of “education reform”– expansion of charter schools, “no excuses” discipline, high-stakes testing, Teach for America and other “alternative” pathways to teaching–have been around, in some form, for decades.  But the conditions of the 2009 recession ushered in a renewed fervor for austerity that Lewis and the CTU had no choice but to confront.

More so than previous efforts to privatize and cut costs in public schools, the hallmark of Obama-era education reform was its calculated manipulation of social justice rhetoric. Democrat reformers like Obama and his education secretary, former CTU CEO Arne Duncan, waged an ideological war on unions, positioning themselves as champions of children in oppressed communities. Teachers and their unions were demonized as enemies of meritocracy, the last obstacle standing in the way of ending the racist educational apartheid that plagues our country.

But Lewis saw through the lies. And more importantly, she recognized that parents would too. One of the key principles of the CORE caucus that Lewis helped found was that educators and families were natural allies. But alliances, like any relationship, are built with communication, time, and trust. During her tenure as CTU president, Lewis and other CORE leaders dedicated years to reshaping the organizational structure of the CTU to prioritize organizing, rank-and-file engagement, and relationships with parents and community school councils.

While Chicago privatizers were working overtime to lure families away from “failing” neighborhood schools, Lewis and the CORE caucus banded together with parents to ask why neighborhood schools were failing in the first place. Lewis told the truth that the Mayor and the CPS bigwigs who left poor schools with no libraries, no playgrounds, no nurses, social workers were cut from the same cloth as the capitalist politicians who left whole neighborhoods with no grocery stores, no safe sidewalks, and no decent housing. If educators wanted better outcomes for kids, it wasn’t enough to bargain over wages and benefits.

It was this shift toward demanding better living and learning conditions for Chicago children that shattered the reformers’ narrative and gave CTU real power for the first time in decades.

Teachers all around the country watched the 2012 CTU strike with great curiosity. In the midst of the harshest austerity push in decades, CTU was talking about racism, poverty, curriculum, and mental health at the bargaining table. They used the bargaining process creatively, calling management to account for the trauma CPS had inflicted upon poor and oppressed communities. They demanded more than anyone thought possible, and with the backing of parents, students and community groups, they won.

Lewis and the CORE caucus created a blueprint of working class unity between educators and families that could compel school districts to act. In the years since the 2012 Chicago strike, the Red for Ed movement has swept the country, beating back school reform policies and asserting the power of educator unions in big cities and red states alike.

Today the battle for the “soul of public education” rages on, and the well-funded and skilled class enemies of public education continue to hone their tactics in response to our wins. But Karen Lewis remains a larger-than-life figure for good reason. By breaking open the struggle for better living and learning conditions for our students, the movement she led in Chicago has repositioned teachers as partners in the fight for justice outside of schools, and teachers’ unions are at the vanguard of that struggle. 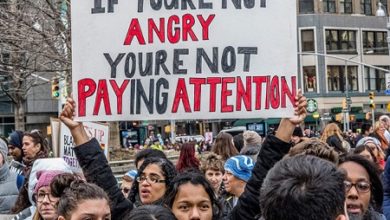