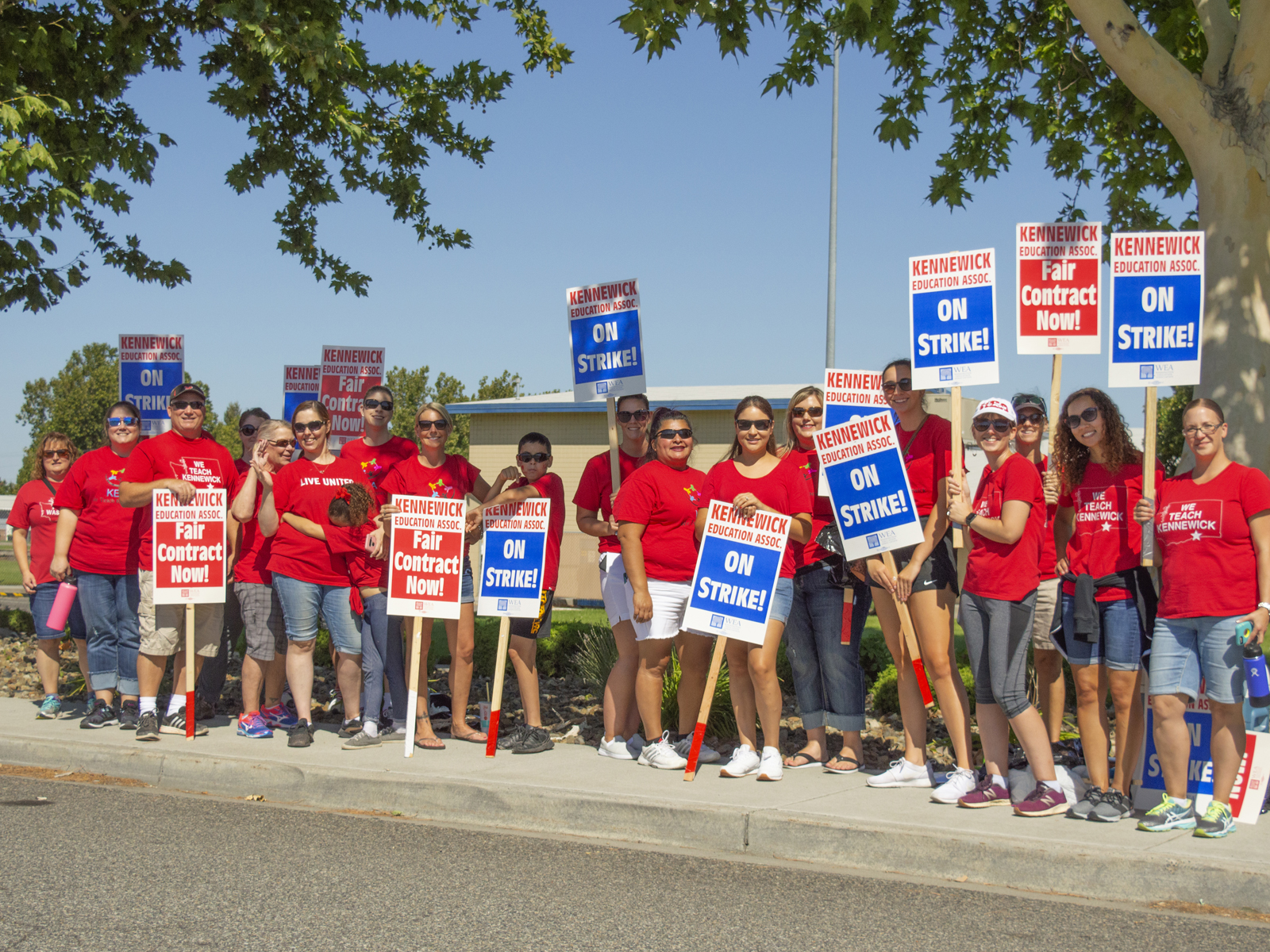 Members of the Kennewick Education Association in Kennewick, Washington,  took to the picket line August 27, beginning a strike action over unfair salaries for educators, better safety conditions for teachers and other important issues. The KEA represents over 1,200 education workers in the city. Kennewick teachers are seeking salaries comparable to those in the other cities of the Tri-Cities area, Richland and Pasco. Both cities recently secured strong contracts for their teachers, and Kennewick teachers are looking to come away with a similar win.

Contract negotiations began in May of this year, but intensified at the approach of the 2020 school year on August 27. On August 25, both the KEA and Kennewick School District were locked in a marathon 13-hour negotiation. A deadline for negotiations was set for the evening of August 26, and failure to meet this deadline would result in strike authorization. Instead, negotiations entered their seventh unbroken day on the 27th. An inability to come to a tentative agreement over compensation by the evening deadline on the 26th led the KEA to formally declare a strike until an agreement can be reached. Without teachers, 19,000 students remain on an extended summer vacation while the School District is at the bargaining table.

August 27 saw educators marching in front of their schools wearing red shirts and holding signs demanding for fair contracts. They were joined on the picket lines by paraeducators, members of the Service Employees International Union and some Teamsters, as well as parents, students, and community members showing solidarity. One paraeducator said, “The teachers supported us, so we’re out here today supporting them.” Local community groups showed up with supplies like water and snacks for the strikers.

“We were pleased to have almost everyone turn out,” said a strike leader at Vista Elementary, who asked not to be named. “We have a community that really supports education. We’re lucky to have the community we do.” 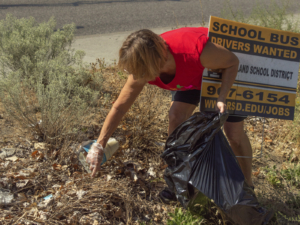 Striking teachers at Vista Elementary School began to do a roadside trash pick-up after one of them began an impromptu effort along the marching path. A group of several others joined in and cleared the trash along Canal Street. “We may as well keep the community clean while we have the time off!” joked one of the teachers involved in the clean-up.

In preparation for a strike authorization, the union put together Picket Captain and Zone Coordinator trainings Sunday, as well as a sign-making party. While the KEA’s bargaining team was hard at work on August 26, several hundred KEA members and community supporters held a Staff Excellence Rally, where school staff were recognized by their peers for their achievements in education.

The roots of the salary dispute are in the Washington State Legislature’s resolution to the 2012 McCleary Supreme Court decision. Last year, the Legislature introduced major changes to how the education system is funded, which seriously impacted districts in Eastern Washington while leaving Western Washington much the same. The resolution also moved state funds from a graduated scale to a flat amount per teacher, which KEA’s leadership says rewards districts with less experienced teachers while punishing more experienced districts like Kennewick’s.

Kennewick is not alone in dissatisfaction with the Legislature’s resolution. Last year, 14 districts called for strikes, the highest number of teachers on strike since 1983. And this year, they are joined by the Toutle Lake School District, where the members of the Toutle Lake Education Association are also striking over reduced wages.

The Kennewick strike is set to be the longest strike in district history. The last teacher strike in the district was in 1992. As of the afternoon of Aug. 28, the strike is still on. According to the Tri-City Herald, the district has gradually increased its offers on pay over the course of the strike. This shows the value of teachers standing strong and not backing down when the district refuses to fairly compensate them.