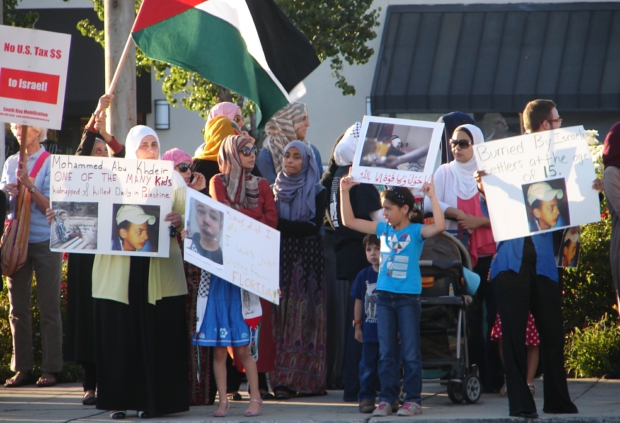 More than a hundred protesters gathered on short notice July 4 at a busy intersection in San José, Calif., to protest the brutal killing of 16-year-old Mohammed Abu Khdeir in occupied Palestine. Thousands of Palestinians had mourned and demonstrated their outrage at the funeral for the teen held in east Jerusalem earlier the same day. (For background, see here and here.)

The local protest was spearheaded by Muslim Community Association Youth but included adult members of the MCA, as well. Activists from the Council on American-Islamic Relations, Justice for Palestinians, the San José Peace and Justice Center, the ANSWER Coalition and other groups also turned out.

Sarah, a member of MCA Youth, when asked why she had come, said that it was hard to put her feelings into words but that “the media isn’t telling the truth about all the people being killed and I feel it’s my responsibility to speak up for justice and tell the truth.”

The spirited protest lasted for more than an hour with participants holding candles but also chanting non-stop. The chants included: “No more blood, no more killing”; “Free, free Palestine, end the occupation now”; “Occupation is a crime, from Iraq to Palestine”; “Gaza, Gaza don’t you cry, Palestine will never die”; “From the river to the sea, Palestine will be free”; and “1, 2, 3, 4, occupation no more, 5, 6, 7, 8, Israel is a terrorist state.” 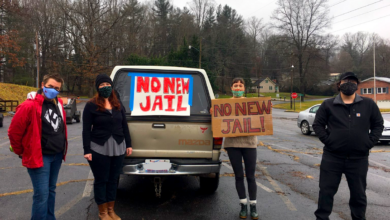