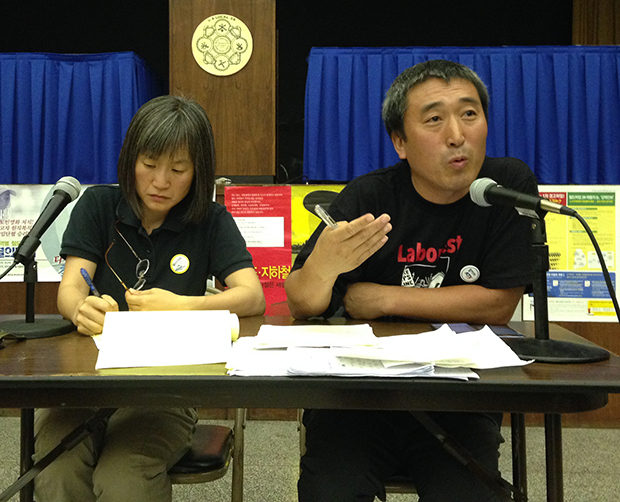 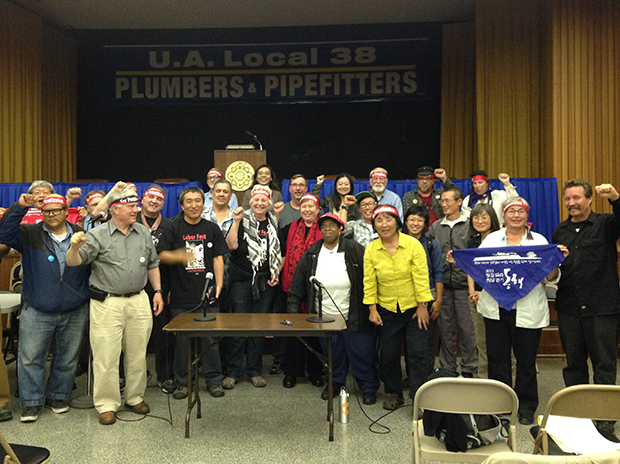 The San Francisco Labor Council hosted a special program on July 28, in conjunction with the city’s Annual LaborFest. Guest Jae-Ha Jung from the Korean Railway Workers Union made a presentation on their recent 23-day strike against privatization and cuts, accompanied by exciting, short videos.

Jung spoke of the success in mobilizing workers, the public, and international support for the cause. The government imposed heavy fines on the union and individual workers, and carried out raids and seizures on the union office.

The strike ended without a complete resolution of their demands, and workers plan to strike again later this summer. The union asks that international statements of solidarity be forwarded through social media.

Sunny Lim, an academic worker in Labor Studies at the University of California, Berkeley, provided translation and a context for a U.S. audience of the repressive conditions for labor activists in South Korea.