Ferdinand Marcos Jr., son of the former U.S.-backed Philippine dictator of the same name, is the presumed winner of the Philippine presidential election that was held on Monday. Opposition political figures have cited extensive fraud in the election, but if his win is legally confirmed, Marcos Jr. would begin a 6-year term in office on June 30. Current Vice President Leni Robredo took second place in the official results

Marcos Jr.’s election raises the specter of a return to the era of martial law and brutal repression presided over by his father, who was overthrown by a mass uprising known as the People’s Power Revolution in 1986.

Marcos Jr. has called his father his “role model,” and dismissed criticisms of his martial law rule. He wrote in a Facebook post that, “I remember people saying how thankful they were for the relative peace and order that followed Martial Law; the positive image of the Philippines worldwide; the emergence of a tourism industry; the cleaner streets; … and a semblance of discipline never before seen among the populace.”

The period of martial law in the Philippines under Marcos was officially implemented from 1972 to 1981. It was marked by the widespread killing, torture, and imprisonment of political opponents, journalists, church workers, labor leaders, and indigenous people — particularly the Moro people — as well as the looting of public wealth by the Marcos family, U.S. corporations and their collaborators.

One infamous tactic used by Marcos’ armed forces was refered to as “salvaging,” in which approximately 3,000 victims of torture and execution had their remains mutilated and left in public places in order to sow terror. During the nine years of martial law under Marcos, there were at least 35,000 cases of torture, and at least 70,000 were arbitrarily incarcerated.

The U.S. government was Marcos’ principle backer, a fact that was clear to all. The central slogan of the movement that ousted Marcos was “Down With the U.S.-Marcos Dictatorship!” In addition to U.S. financial and political support for the Marcos regime, the CIA had made the Philippines into a core training ground for anti-communist paramilitary groups that operated in the country and throughout Southeast Asia. This included the CIA-backed Security Training Center near Manila, which the Pentagon described as a “countersubversion, counter-guerilla and psychological warfare school.”

According to the U.S. National Archives, in 1971 Marcos had approached U.S. ambassador Henry Byroade to ask if the Nixon administration would back him if he declared martial law. An official memo on a followup conversation between Nixon and Byroade reads, “The president declared that we would ‘absolutely’ back Marcos up, and ‘to the hilt’ so long as what he was doing was to preserve the system against those who would destroy it in the name of liberty.”

When Marcos was overthrown in 1986, the U.S. Air Force flew him and his entourage — as well as millions of dollars in cash, gold, diamonds, and other valuables — to Hawaii, where he would live as a free man until his death in 1989. The Marcos family still denies and refuses to pay back any of the estimated $10 billion in wealth that they looted from the state.

The Philippines has been a lynchpin of U.S. dominance in the Asia-Pacific region. Not only is it rich in resources, but it is a strategically important staging ground for military operations as an archipelago with large deep water ports. It was a central launchpad for the U.S. war against Vietnam in particular. U.S. bases were ejected from the Philippines in 1992 due to mass struggle, but today around 5,000 U.S. troops are still stationed there. The Philippines is the largest recipient of U.S. military aid in the area — $1 billion between 2015 and 2021 — in addition to arms sales, including a $2.6 billion deal finalized last June.

Defenders of democratic rights and sovereignty in the Philippines are preparing for a major struggle under Marcos Jr.’s presidency. Any attempts by the U.S. government to shore up his rule in exchange for his support of U.S. geopolitical objectives should be opposed by all progressive people in the United States. 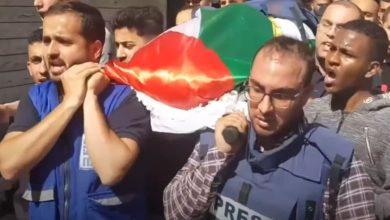 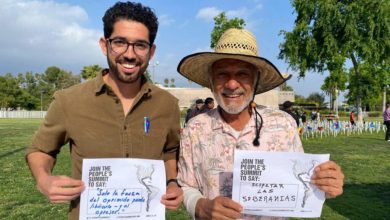 “Democracy for who?”: People’s Summit runs counter to Biden’s imperialist Summit of the Americas 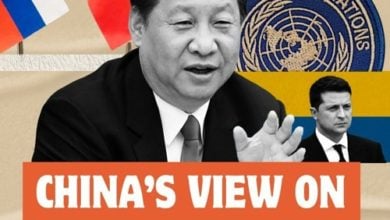 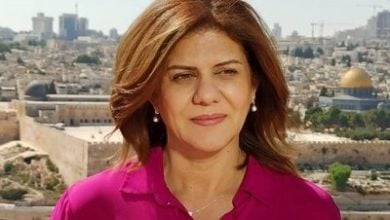