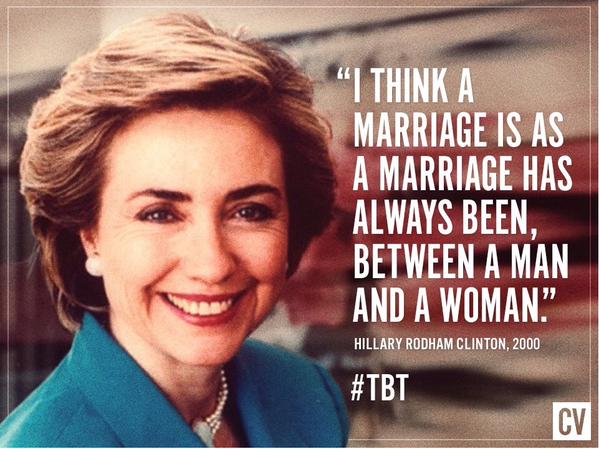 The tragic massacre at the Pulse nightclub in Orlando gives cause for both mourning and for fighting back against anti-LGBTQ bigotry and hatred.

Unfortunately, both Hillary Clinton and Donald Trump—the presumptive major candidates in this presidential election—have taken the opportunity not to criticize the growing backlash against social progress, but instead to exploit the attack to for political purposes, appealing to anti-Muslim hate. Their responses are completely unacceptable. For those to whom Clinton is representing herself as the progressive option, this should serve as a disturbing warning.

While it is hardly surprising that the leading politicians in the most war-prone country in the world reacted to the attack by spreading fear and hate, it is disappointing nonetheless. It is more disappointing still that the media has by and large failed to take a critical stance to this process. For example, as more becomes known about the shooter, Omar Mateen, the less likely it is that one could reasonably draw the conclusion that he was in any way actually connected to a terrorist organization such as ISIS. In fact, he did not appear to know the difference between the various groups, and at various times, claimed connections to organizations that are at war with each other. But the media has done nothing to point out the cognitive dissonance between these facts and Clinton’s response, which has been to blame what she is now calling “radical Islam.” In fact, only progressives from within and in solidarity with the LGBTQ community are criticizing this Islamophobic reaction.

Hillary Clinton’s reaction has to be understood in context of the elections. It is only reasonable to assume that her every word is calculated to campaign effectively against both Trump and the still-vigorous supporters for Bernie Sanders. With the Democratic National Convention still to take place and with the Democratic primary process finishing as one of the closest in U.S. history, she is  positioning herself to “unite” the Democratic Party around positions generally identified with the Democratic Party’s right wing. She also must keep an eye towards undecided voters or voters who formerly backed a Republican candidate other than Trump who now fall between hesitantly supporting Trump, undecided, unmotivated to vote for Trump, or actively working against him.

Given the circumstances, Clinton saw the opportunity not to use her national platform to criticize homophobia, but to move sharply to the right and essentially declare war on “radical Islam.” Politico summarized the motivation for the remarks as aimed at “countering Donald Trump’s accusations that both she and Obama are weak on tackling terrorist threats.” It is well-known that Clinton adopted a pro-LGBTQ rights position as a matter of political calculation and expedience, but the sheer opportunism of turning a tragic attack on oppressed people into a rallying cry for another war abroad is disgraceful and outrageous.

The remarks are beyond the pale by Clinton’s own standards, who said just six months ago that she prefers the term “radical jihadists”—itself a catchword for the far-right’s bellicose agenda—to “radical Islam,” saying the latter “sounds like we are declaring war against a religion.”

Her new phraseology is significant not just because it is a more sweeping definition of “enemy,” or that it is the preferred formulation of the Republican Party and the far right. It is a sharp break from the rhetoric of President Barack Obama. Obama has consistently and emphatically distanced himself from Clinton’s new terminology to deny that “America—and the West, generally—is at war with Islam,” and that the narrative the phrase promotes “is a lie… We are not at war with Islam.” (This declaration has not stopped the administration from using drones to kill people in predominantly Muslim countries like Yemen and Pakistan.)

Clinton has not simply been posturing, but has backed up her sharp turn right by proposing specific policies she says are aimed at preventing further attacks. The star proposal among them is a sizable expansion to the already-massive domestic surveillance programs.

What she and her supporters miss is that the domestic surveillance apparatus is already so far-reaching that almost every traceable interaction is already under watch. All domestic phone calls are already on record, every email subject to audit, and so on. What her proposal amounts to, in other words, is a sinister combination of empty rhetoric and advocacy for definitively suspending civil rights for Muslim people. Where  Obama has been cautious not to declare war on Islam and all Muslim people, Clinton—true to form—is rushing headlong into direct conflict, this time with the world’s largest religious group and their faith.

This careless fear- and warmongering should raise alarm bells everywhere. Hillary Clinton has crassly declared herself to be not a representative of progressive people, but a law-and-order right wing candidate, counterposing herself to a mercurial and bombastic Trump candidacy.

True progressive and revolutionary people stand against Hillary Clinton just as we have stood against George Bush, the Tea Party and other right wing political figures. She can call herself the “progressive option,” but to call her stance progressive makes a mockery of social progress. The Democratic establishment’s unflinching support for Clinton reveals them as equally right-wing and anti-people in practice, self-labeling aside, and so we declare our opposition to the Democratic Party as well. Rather than blaming Islam, we protest against anti-LGBTQ bigotry and fight Islamophobia. Our duty is to fight bigotry—the real root cause of the Orlando massacre—and to win. Whether or not Clinton hears that call, we will answer it.