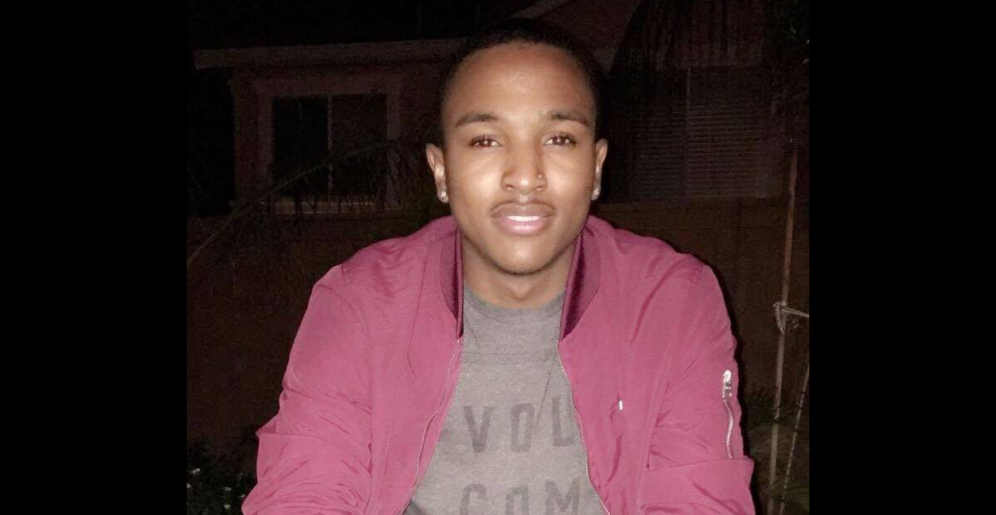 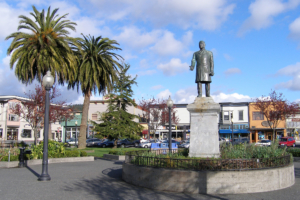 Activists in the City of Arcata, located in rural Northern California, are engaged in important struggles against racism and imperialism. They need national support.

On February 21, the Arcata City Council (Arcata, California) voted to remove the McKinley statue, an imperialist statue dedicated to the 25th President of the United States, from the Arcata Plaza. Since the decision to remove the statue, Arcata has become the epicenter of a national debate about the removal of monuments dedicated to presidential figures. A reactionary response has been led locally by  David LaRue who has relentlessly harrassed Arcata City Council officials to keep the McKinley Statue.

This counter-revolutionary response has recently garnered the attention of national conservative news outlets such as Fox News, Breitbart and Karl Rove, who are expressing reactionary outrage on how “liberals” have been “handed a victory” to “erase” U.S. history. This has even caught the attention of Richard Spencer, leader of the Alt-Right. David LaRue on April 9 submitted legal paperwork, with the assistance of City Council member Michael Winkler, to the City of Arcata to place to the McKinley statue issue on the November ballot before Arcata voters.

Alongside the media frenzy surrounding the McKinley statue there lies another local issue that has garnered very little media attention. In Arcata there is a local Black Lives Matter campaign, in which local activists are seeking justice for the death of Josiah Lawson, an African American Humboldt State University student. Lawson was the president of the Brothers United, a group that formed as a result of the unsolved 2001 murder of a Black HSU student, Cory Clark. The group’s goal was to provide support for Black men attending the predominately white university.

On April 15, 2017 Josiah Lawson, after attending a house party, was killed after a racist altercation with Kyle Zoellner and other white Arcata residents. Lawson was stabbed multiple times. Josiah Lawson could have survived the encounter; however the police failed to adequately respond who placed their priority on “crowd control” instead of providing emergency response to a victim of violent crime. What followed Lawson’s killing were weeks of protest, mostly led by African American HSU students, especially when a local judge decided not to charge Zoellner only two weeks later.

The way in which authorities handled the situation exposes the level of corruption in Humboldt County. While corruption is considered normal across Humboldt County it is hardly ever addressed and goes unnoticed unless it is called out by activists.  The murder of Josiah Lawson was one of these occasions in which the community chose not to stay silent.

The McKinley Statue was a site of regular protest for the Justice for Josiah campaign, which staged multiple actions following the killing of Josiah Lawson as a means to hold the City of Arcata and the Arcata Police Department accountable in solving the case and calling out the practices of corruption in the handling of the case. At one nighttime protest, activists in the campaign recognized that the McKinley Statue was a symbol of genocide and U.S. imperialism and decided to put signs on the statue  stating “Justice for Josiah” and “Black Lives Matter.” To this day, there is solidarity between the  Justice for Josiah movement continue and those fighting to remove the McKinley Statue.

A year has passed since the murder of Josiah Lawson and there has yet to be any justice. However prior to the anniversary of Lawson’’s death, those in the Justice for Josiah campaign coordinated 12 days of action leading up to the one-year anniversary of Lawson’s death on April 15, each day representing one month since the killing. They hope their demonstrations will bring national attention to the case. As apart of the 12 Days of Action, the Justice for Josiah Campaign and others have successfully coordinated a series of actions to raise awareness. The series of actions ranged from a Silent Locked Armed Protest to a March on Arcata. All of this was done to not only raise awareness but also issue a series of demands to HSU and City officials.

In the midst of the 12 Days of Action, Arcata Police Chief Tom Chapman and Tom Parker, a retired FBI agent, both key figures in the investigation decided to resign on April 10. While officially it was unclear why Chapman chose to resign, Parker provided the following statement:“I saw no leadership coming from the top. And there were other investigating steps that were being taken that really didn’t make a lot of sense, which were outside of the recommendations that I’d been making and really were somewhat outside what a normal investigative progression would have been for a case like this,”

The Justice for Josiah campaign is demanding that the Attorney General become involved in the case; that HSU and California State University give $25000 to a fund to support the family’s lawyers and private investigators; that Josiah Lawson and Corey Clark be memorialized with a wall or mural and that the staff and administration also provide support to Ren Bobadilla, Lawson’s girlfriend, who was wounded in the attack.

Need for wider national support for struggles in Arcata

The vote of Arcata City Council to remove the McKinley Statue set a precedent for municipalities to remove racist and imperialist  presidential monuments from public pedestals. This movement is spreading. In November 2017, Native Hawaiians began  pushing for the removal of a McKinley Statue situated on their ancestral territory. In the past week, students at Hofstra University have been protesting to have a statue dedicated to Thomas Jefferson removed from their campus. The McKinley statue in Arcata is only the beginning in this long fight and it is important to show solidarity.

In addition to the reactionary campaign against the McKinley statue’s removal, there is also the issue of the $65,000 cost of removing it. Thus, activists in the Historic Justice Alliance have launched a national fundraising campaign to pay for the statue’s removal.

The Justice for Josiah campaign recognizes that Josiah Lawson’s case is not onlythe concern of people living in Arcata, a small rural town. They are seeking national attention.  For more on the Justice for Josiah movement visit the campaign’s website and Facebook page.