Electrical hazards have been a pervasive issue in Milwaukee housing for years. Negligent landlords are rarely held accountable for such safety code violations, yet they continue collecting rent from tenants. Predominantly Black and low-income neighborhoods are most affected by these dangerous conditions. Why has this been allowed to happen for so long?

Truth be told, safety inspection and enforcement is so lax that landlords rarely fix code violations. The Department of Neighborhood Services does not inspect rental properties unless a complaint is filed. And even when they receive a complaint, the responsibility is typically put onto tenants to follow up. And when orders are submitted by inspectors for landlords to make repairs, the landlords have typically been able to get away with taking their time to address issues or even not address them at all.

Amara Lang of the Milwaukee Autonomous Tenants’ Union explained: “The city puts Band-Aids over bullet holes. For example, the Department of Neighborhood Services wrote up common areas of my building after an anonymous complaint, but didn’t follow through for six months until we called to check in. The DNS then twice ignored water gushing water over my building’s electrical units. Thankfully, we recorded each incident on our phones and kept re-submitting this to them until it was finally fixed the third time around. Another example was a leak above my shower that the landlord kept plastering over, but the DNS didn’t write it up basically because they claimed they couldn’t see anything leaking. Landlords tend to not fix safety hazards because it cuts into their profits. The buildings and units are considered an investment, and they want to make money.”

Another factor explaining why landlords are not being held accountable for electrical hazards is that fire investigation teams in Milwaukee lack electrical specialists. Thus, when electrical fires happen the authorities are unable investigate thoroughly.

Federal rent assistance often still ends up in the hands of these landlords. Each year the U.S. Department of Housing and Urban Development sends about $51 million in rent assistance funds to the Milwaukee County Housing Division and the Housing Authority of the City of Milwaukee, which then distribute the money to landlords whose tenants qualify for it. Since the pandemic hit, the federal government has released about $70 million in rent assistance to local governments, which contract with nonprofits to disburse the funds. Landlords with safety code violations may still receive this funding while still not making repairs, paving the way for Milwaukee renters to live in potentially dangerous conditions.

The Milwaukee Journal Sentinel visited 15 single- and two-family rental properties as part of their “Wires and Fires” investigation during the summer of 2021 and found safety violations in every unit except one. Considering the margin of error, that would mean 80% of the ZIP code’s 3,300 rental properties would have some level of electrical hazard. Their study also found that while only 30% of Milwaukee homes are rented, over a ten-year period, 62% of electrical fires had occurred in those properties. Additionally, while only 10% of all fires are electrical, they cause 18% of fire-related fatalities, according to the National Fire Protection Association.

The city’s most impoverished ZIP code, 53206, is 95% Black. It was found by the Milwaukee Journal Sentinel to have the highest frequency of electrical issues — five times that of the rest of the city.

“When a landlord gets cited by an inspector, it gets written up and posted here [City of Milwaukee Land Management website],” Lang explained. “Renters should know where to look.”

“A lot of big landlords live out of state so it’s harder to follow up on them to fix problems,” MATU’s Jacqueleen Clark said.

According to the Milwaukee Journal Sentinel, one Milwaukee landlord, Mohammad Choudry, was reported to have more than 70 properties that generated $531,000 to $780,000 in rental income per year from 2017 to 2020. He had been cited for more than 1,700 safety violations ranging from cockroach infestations to caving ceilings to electrical problems to mold. Another landlord, Elijah Rashaed, was bringing in $1.3 million in rental income per year in the same time frame while the disrepair in his 150-plus properties ranged from electrical problems to broken furnaces to rotten pipes.

If the insidiously horrible upkeep by Milwaukee landlords wasn’t bad enough, the evictions in Milwaukee are still surging.

Lang says, “Since the Supreme Court struck down the CDC eviction moratorium, the Milwaukee County Sheriff’s Office has been performing as many as 45 evictions a day.”

Joe Berrada is one of the biggest culprits. “He’s performing as many as 50 evictions a week,” Clark said.

An obstacle to accountability has been a series of laws that legislators have pushed through the Wisconsin Congress — led by Assembly Speaker Robin Vos — that protect landlords’ interests over those of tenants. In 2011, safeguard laws began being dismantled to allow landlords to speed up eviction processes, limit the city’s authority to intervene, cap code violation fees, dispose of tenants’ personal property immediately following an eviction, expand background checks on tenants, shift costs of pest control onto tenants and eliminate some tenants’ legal defenses. Many of these legislators are landlords themselves, including Vos, whose properties are worth about $3.8 million.

“The pandemic highlighted many of America’s existing issues like evictions and housing,” Lang said. “Ultimately the root problem is capitalism and the commodification of basic needs.”

If tenants are struggling to get repairs made in their rental units or facing eviction, they are encouraged to get in touch with Milwaukee Autonomous Tenants’ Union right away.

“We are working with the Milwaukee County Supervisor on right-to-counsel, where you can have a lawyer represent you to avoid eviction,” Clark said. 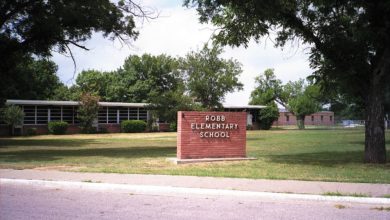 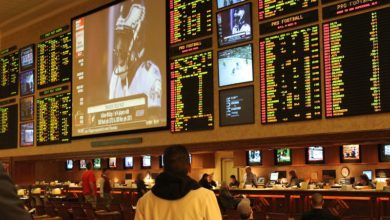