The state of North Carolina is expecting money from opioid lawsuits and settlements that could be routed directly to services for the people who are most impacted by the opioid epidemic. However, there is no clear explanation of how this money will be distributed. There is no promise it will be administered in a way that aids in the recovery of those who are struggling with opioids. There are significantly more questions than answers at this time regarding this money and how it will be used.

Unfortunately, western North Carolina’s county commissioners and elected officials — who will likely be tasked with planning for opioid settlement funds — often take a draconian approach to substance misuse. State legislators currently propose a bill to push back North Carolina’s advances in harm reduction practices, and take these life-saving services away from those in need.

The bill aims to limit the scope of harm reduction services to already under-served communities. If passed, the bill’s new requirements will quickly eradicate Safe Syringe Programs across the state.

Currently, participants of these programs obtain sterile syringes to reduce risk of transmission of infectious diseases. They may also acquire additional treatment services, wound care, testing for HIV and hepatitis C, and necessities like food and clothing. As it stands, North Carolina also allows mobile harm-reduction services so that life-saving medications like Narcan can be directly delivered to those in need.

Senate Bill 607 requires people to enroll in treatment as a precondition to receiving any services. Those who work in the field of harm reduction say that not everyone who utilizes SSPs is ready or able to access treatment for substance abuse. Treatment is often expensive; many who use the services have no medical insurance nor the ability to pay out of pocket.

The bill will also eliminate mobile services, cutting off all those who need the services but lack transportation. Some counties in western North Carolina have no public transportation system.

The bill also dictates that those hired to work in SSP programs have no felony or misdemeanor drug convictions. This will greatly limit the hiring of peer support specialists, also commonly known as sponsors. As a result of lived experiences, peer support specialists play a significant role in SSPs helping to reduce stigma by establishing relationships with participants on the basis of shared struggles.

Becca Goldstein, the Western Regional Coordinator for the North Carolina Harm Reduction Coalition, based in Haywood County, spoke about the bill to Liberation News. She said: “This bill will kill people. Syringe service programs are evidence-based — they save lives. Restrictions like requiring people to enroll in treatment are not evidence-based — they will effectively end lives”

“North Carolinians struggling with opioids continue to fight against stigma, lack of treatment and unjust interactions with local law enforcement agencies. Although the police are often considered the first line of defense, decades of using incarceration and punishment as the primary method to deal with the opioid crisis has shown that we cannot arrest our way out of this crisis.”

In the past three months, in relation to a $16.5 million Haywood County jail expansion, Commissioner Jennifer Best, also an insurance agent, stated that she knows that people need help. But she also believes in “law and order,” which she presents as her priority.

Mike Clampitt, NC House Representative for this district, claimed “incarceration is a wake-up call.” However, according to the Opioid Action Plan update, “people are 40 times more likely to die of an overdose in the two weeks post incarceration than the general public.”

In Jackson County, Sylva Police Chief Chris Hatton is known for making comments like “handcuffs don’t help.” But he is asking for two more police officers for the next fiscal year while opposing the use of social workers and mental health specialists. This type of doublespeak by officials is not uncommon.

Instead of continuing to do more of the same, the government should invest in social and health resources to address the issue of opioid addiction at its root. Those who could be saved are dying due to the inaction of politicians who act in the interests of big pharma. Not bigger jails, larger police forces, and profits — we demand a system that ensures compassion and dignity. 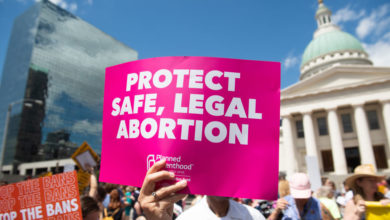 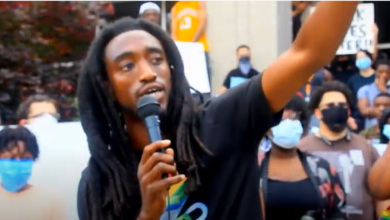 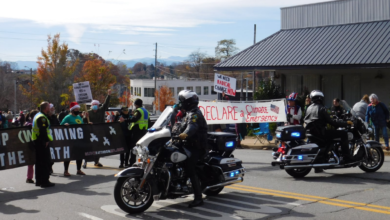 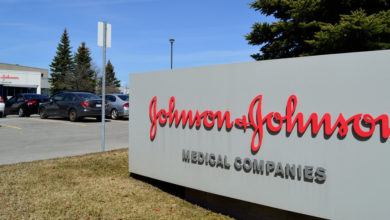