Local Nashville activist Tripp Hewell is thoroughly concerned with the hypocrisy of Metro Nashville Police Department when it comes to wearing masks during the COVID-19 crisis. He states that he has been “fighting every day for a month…to simply get MNPD to wear face masks.” He has witnessed over 50 cops walk in and out of the Central Precinct in Nashville with no masks on. He has filed so many complaints surrounding the issue and has attempted to create awareness about it to the point that he was told by detective Conrad Straub from the MNPD Special Investigations Unit to report to him personally any instance of police going unmasked. At this point, police continuing to walk around unmasked violates not only the Mayor’s order but also direct orders from the chief of police.

The Metro Nashville Police Department first announced on July 3 that they would enforce Mayor John Cooper’s mask order, requiring all people in Davidson County to wear a mask in public on Broadway. However, the police failed to begin making any attempts towards enforcement until July 15. Broadway is a popular street in downtown Nashville that is home to many honkytonks and bars. Tourists flock to the street regularly, often unmasked, and the area has recently experienced a spike in coronavirus cases.  There are currently over 17,000 cases of coronavirus in Davidson County, and almost one-fifth of coronavirus tests done in Nashville come back positive.  The influx of cases drove the chief of police to consult with the Mayor and the Metro Health Department to make the decision to enforce the mask order.

Police went to Broadway on July 15 and gave out 70 educational resources about the mask order and 494 verbal warnings to people walking up and down the street. Additionally, Metro Health Department has recently cited dozens of bars and establishments for violating the Mayor’s mask and social distancing orders.  While no individuals have been cited for violating the mask order yet, police continue to warn that a violation of the order could result in a $50 fine and a citation.  Local media has continued to stress the need for individual Nashvillians and business owners to comply with the Mayor’s order. However, there has been virtually no mention of the fact that scores of police officers continue to roam the streets of Nashville and their own precincts unmasked, thus putting the lives of all Nashvillians in jeopardy.

Hewell has reported what he has witnessed over the past month, but to no avail.  As often happens, the cops have proven once again to be much more concerned about protecting one another than the general public in Davidson County. Though Hewell reported seeing officers violating the mask order as far back as mid-June, Straub and his supervisor have refused to take any action.  Despite there clearly being cameras at the entrance of Central Precinct and within the building, Straub refuses to look at the cameras and to hold any police responsible for not wearing masks. Indeed, Hewell even witnessed cops roaming around unmasked as late as July 15, which is the same day MNPD began issuing verbal warnings and paperwork to people on Broadway.

Hewell began recording police walking around in public unmasked on June 16 as they walked around a rally that was held at the Courthouse outside of a City Council budget meeting. He reported what he saw to MNPD and to the local news, and a segment about MNPD’s hypocrisy aired on the Channel 4 news on June 17. Chief of police John Anderson announced his retirement on June 18, and Tripp received an email from a liaison in Mayor Cooper’s office claiming that all cops have been ordered to wear masks.  And yet, Hewell continued to witness unmasked police officers coming in and out of precincts and walking around in public after June 18.

Hewell decided to take matters into his own hands on July 8. He confronted an officer outside the Central Precinct on that day about his failure to wear a mask, recorded the encounter, and posted it on Facebook.  Needless to say, he was ignored by Metro police.  On July 13, Hewell walked into the Precinct to file a formal complaint against unmasked officers. He was confronted by lieutenant Anderson, who, unsurprisingly, was also unmasked. Hewell understandably requested that Anderson stay six feet away from him, and this request resulted in Anderson’s refusing to allow him to file his complaint. He then returned to the Precinct the following day and was not allowed in the building.  Three cops came outside to confront him, and he courageously refused to leave the property until he was given a complaint form.

Local officials in Nashville stress personal responsibility and the need for citizens to wear masks.  Yet, many seem to have no problem ignoring the irresponsibility of those who are supposedly here to protect us walking around unmasked, and this is just another example of local governments failing to truly care for people in the capitalist system. It is easier and cheaper for them to scapegoat everyday people than to lead by example and work to come up with productive ways to fight the COVID-19 crisis.  Yet, Tripp Hewell is an example of working-class individuals who refuse to sit back and allow the police and local government to get away with exacerbating the pandemic without stepping up to them and voicing his concerns. And like Hewell, many working-class people throughout Davidson County and the United States continue to fight for their rights and lives in the face of the COVID-19 pandemic. 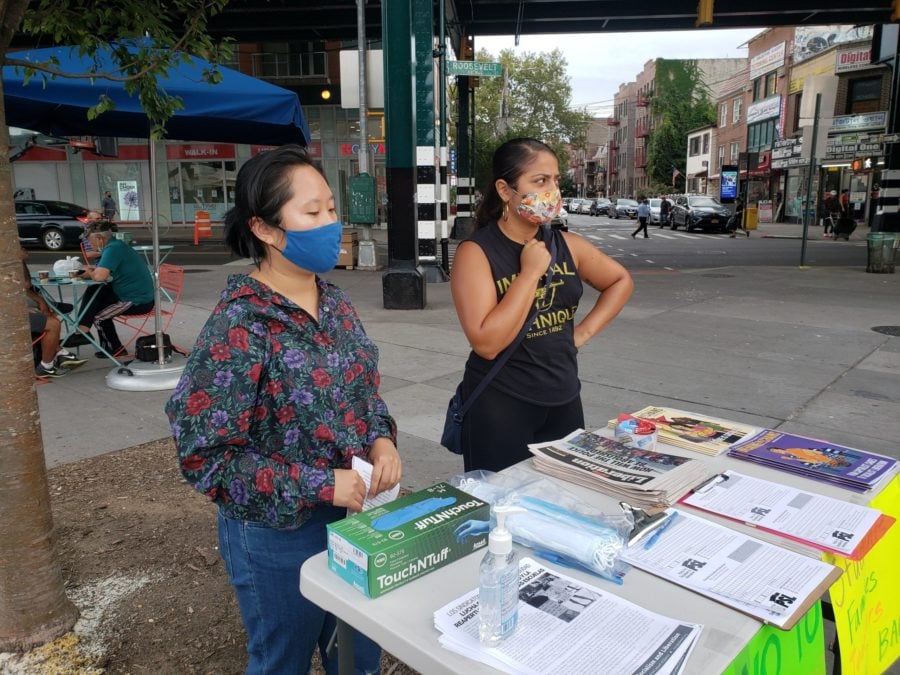