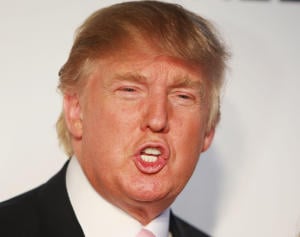 With all the votes counted in South Carolina and Nevada, the rabid reactionary Donald Trump has solidified his position as the Republican frontrunner, while the Democratic primary remains hotly contested. The rules of conventional bourgeois politics continue to be upended by the Trump and Bernie Sanders campaigns, against the backdrop of economic stagnation and deepening social tension.

Any illusions that Trump’s support would evaporate when it came time to vote, or that he would be seriously impaired by a weak ground operation, were decisively put to rest by the Nevada and South Carolina results. Trump beat second-place Marco Rubio in South Carolina by 10 points, walking away with all 50 of the state’s delegates to the Republican National Convention. In Nevada, his margin of victory was even more significant – he received slightly more votes than the second and third place finishers combined.

The Trump campaign has sucked up the oxygen in the Republican field, forcing several candidates out of the race. After Trump’s big win in New Hampshire, Chris Christie and Carly Fiorina dropped out. With a fourth-place finish in South Carolina, Jeb Bush withdrew as well.

Bush’s humiliating demise is particularly significant. He began the race as the clear favorite and by far the best financed. Along with his SuperPac, he raised an eye-popping $100 million in the first half of 2015 – under the old rules, that kind of money would be more than enough to paper over Bush’s less-than-inspiring personality. But he is now walking away with just four out of 2,472 delegates.

The conservative wing of the ruling class is reaping what they have sown. For decades, they have whipped up racist and xenophobic bigotry to justify wars and occupation abroad and divert attention at home from the real cause of the economic crisis, capitalism itself. As the living standards of the population become more precarious, the right-wing establishment has lost control of its traditional base in the political realm. The Tea Party arose in the wake of this dissatisfaction. This year, a large group of reactionary demagogues has engaged in a shocking rant of racist, anti-worker and anti-women proposals.

But without the capitalist media, Trump could never have achieved the level of success he has gained. CNN, MSNBC, Fox and other networks have given an unprecedented level of coverage to the most rabid of capitalist politicians.

Trump has boasted that he has had to spend virtually no money on publicity because the media does it for him. The New York Times wrote on January 4, 2016, that “After running his campaign on a shoestring for months, thanks to the news media’s obsessive attention,” Trump spent his first money on an ad against immigration and Muslims.

Exit polling found that 74 percent of Republican voters in South Carolina supported a ban on Muslims entering the United States. That specific demand came from Trump’s mouth on national television, over and over. And he first shocked millions when he shouted vile accusations against Mexicans, calling for all 11 million undocumented workers to be expelled.

Nationally, 20 percent of Trump supporters disapprove of the Emancipation Proclamation (yes, seriously). This is far more extreme than the consensus view among the Republican elite, but it is a monster of their own creation.

Much of the establishment is now going all-out for Rubio in a last-ditch effort to avoid a Trump candidacy – or Cruz, who is viewed with similar disdain. However, others are grudgingly coming to terms with the likelihood of a Trump victory.

Chris Christie, whose potential centrist appeal made him the early favorite of the Republican Party leadership before the “Bridge-gate” scandal, announced a surprise endorsement of Donald Trump on Feb. 26. They both employ a bombastic style for public consumption, but at the summit of bourgeois politics decisions are rarely made on the basis of personality. In his endorsement speech, Christie said that Trump is “Rewriting the playbook of American politics.” This is the era of Trump, Christie is arguing, and we just have to get used to it.

The narrative of the corporate media is that Nevada and South Carolina restored Hillary Clinton as the presumptive nominee, and her tie and loss in Iowa and New Hampshire were just outliers. This is not true – national polls show her in a dead heat with Sanders, and some with her trailing. However, the Sanders campaign did suffer a serious blow with Clinton’s landslide win in South Carolina.

In Nevada, Sanders rapidly overcame a huge Clinton lead and institutional support to put the state into serious contention. In the end, he narrowly lost by about 5 percent.

While this was a welcome relief to the Clinton campaign, which feared a surprise loss, the results also contained some positive indicators for Sanders. Most importantly, he won the Latino vote. A key deficiency of the Sanders campaign has been the overwhelmingly white composition of its supporters. Nevada showed that he is making progress towards addressing this weakness.

Clinton won big in South Carolina with 74 percent of the vote. This convincing victory (as well as her narrow win in Nevada) is mainly the result of her enormous lead over Sanders among Black voters. African Americans compose 61 percent of the Democratic electorate in South Carolina, and they favored Clinton by an 87-13 margin.

Whenever the Clinton machine has occupied a position of power, it has waged unrelenting war on Black people. Hillary Clinton supported her husband’s successful efforts to gut the welfare system, justified in large part by the racist “welfare queen” myth. She is a long-time supporter of mass incarceration and piled on to the hysteria about teenage “super predators” at the zenith of the racist war on drugs – as Back Lives Matter protesters have pointed out in recent days. As Secretary of State, she was the main voice in the Obama administration for the U.S./NATO war that destroyed Libya, and committed massive violations of Haitian sovereignty. How could Clinton have such overwhelming support in this constituency?

Few things terrify the ruling class as much as independent Black political organization, and so it has been a top priority for the Democratic Party elite to co-opt organizations and leaders, including many that used to be enemies of white supremacy and capitalism. The party establishment has developed a stranglehold on the Black vote, and Clinton is their clear favorite. In addition, Clinton has opportunistically cast herself as a committed supporter of President Obama, defending him from the racist obstructionism of the Republican Party.

But she backed Bill Clinton’s presidency and neo-liberal policies that were devastating to the Black community and other working-class communities. Accelerating the death penalty and virtually abolishing Habeas Corpus, greatly expanding mass incarceration, signing regressive legislation against undocumented workers as well as permanent residents, abolishing essential social programs and throwing millions of Black and other poor women off general assistance, lifting restrictions on the banks, maintaining the genocidal sanctions on the Iraqi people for years, waging war on Yugoslavia: this was just part of Bill Clinton’s anti-worker legacy.

Only now, in the wake of mass protests against police murders of Black youth and rising consciousness in the population against mass imprisonment, as well as Sanders’ demands that have captured an overwhelming majority of youth, is Hillary Clinton now giving lip service to some of those issues.

Coming up is by far the biggest contest yet – the “Super Tuesday” votes taking place in 14 states and the U.S. colony Samoa on March 1. Clinton is poised to continue her winning streak, but Sanders is expected to do well in states that vote later in the process. On the Republican side, Trump is ahead in most polls in almost all the states.

It appears to only be a matter of time before the campaigns of John Kasich and Ben Carson come to an end. Kasich has campaigned as a mild-mannered anti-Trump, and his votes would likely go to Rubio. The longer he stays in the race, the more remote a Rubio nomination becomes.

“The media and the right wing keep pumping up the Trump campaign and the wave of violent bigotry it has provoked. The Democratic Party is incapable of leading the militant fight back we need,” said Gloria La Riva, 2016 presidential candidate of the Party for Socialism and Liberation. “I’m committed to building that movement and the movement for a whole new system – socialism – where workers and oppressed people, not the billionaires, are in charge.” 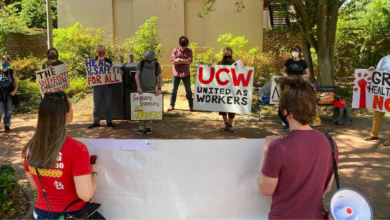 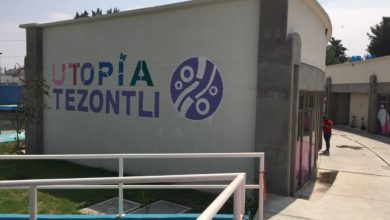 Eyewitness: On the ground with militants of Mexico’s ‘Fourth Transformation’