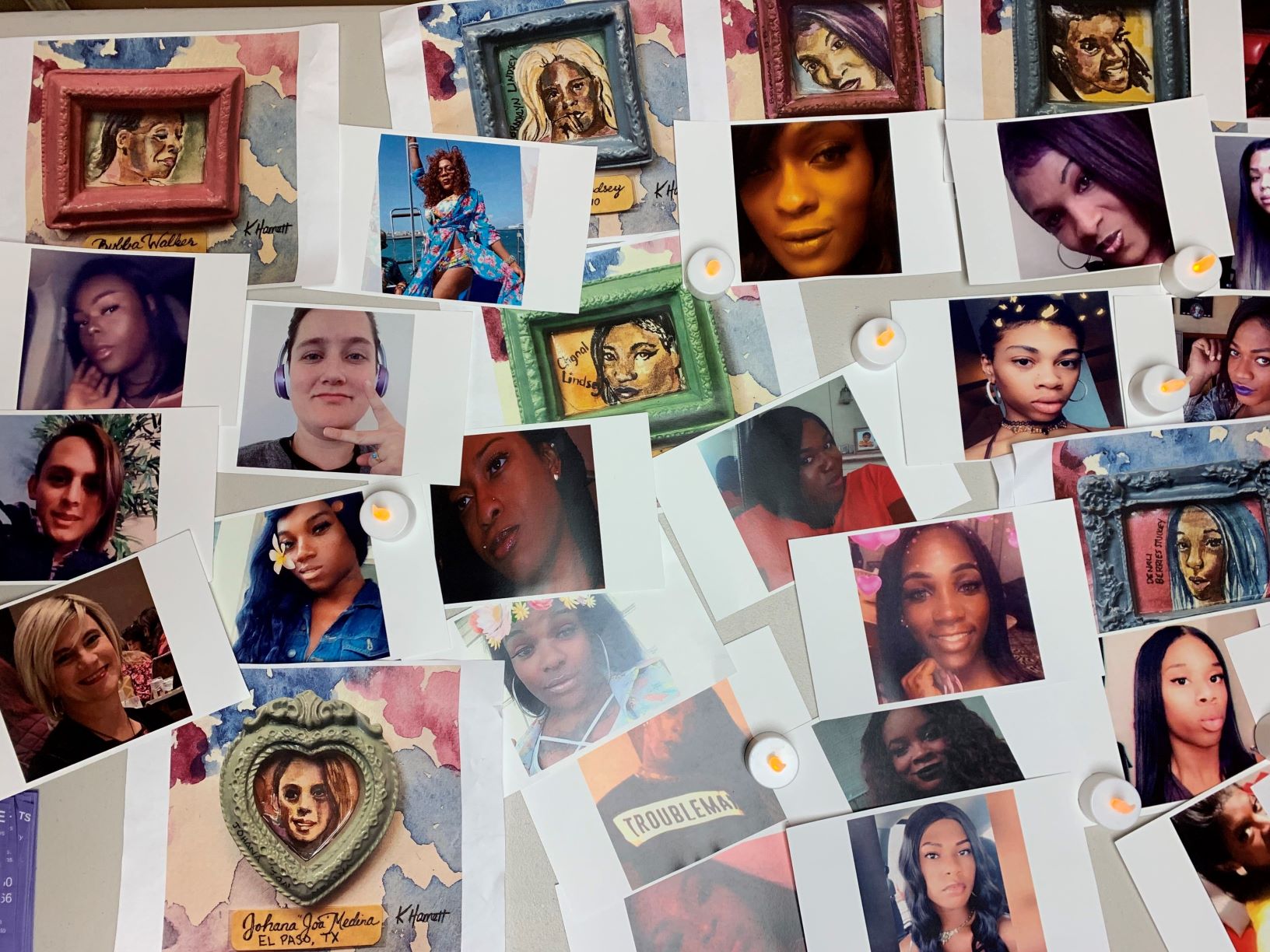 On Nov. 20, members of the New Haven, Conn., community gathered on the New Haven Green to commemorate the Transgender Day of Remembrance.

Candle glow drifted across the Green as members of the community braved the cold November evening air to show their support. Led by members of the New Haven Pride Center and Party for Socialism and Liberation, about 75 people congregated to remember those lost this year to transphobic violence. According to the newest reports from Transrespect Versus Transphobia Worldwide, at least 331 trans and gender-diverse people were murdered worldwide between October 2018 and September 2019.

Members of the community as well as local organizers called out the names, ages and cities of the 25 trans people murdered in the United States since the last Trans Day of Remembrance. With the specter of those lost looming over the gathered crowd, organizers from the local community spoke out in an expression of melancholy frustration. 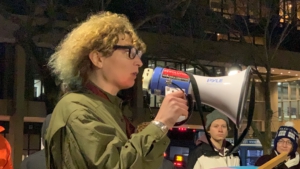 Recalling the recent reports of murdered trans individuals, activist and PSL member Karleigh Merlot solemnly noted, “That also doesn’t factor in the deaths that happen silently, that happen slowly … the systemic murder of me and mine, the economic violence perpetrated on me and mine.”

“There are a lot of [trans] people today who couldn’t be here with us because they’re behind bars,” Reed Miller, a volunteer for the Black and Pink organization, reminded the group. “There are similar interconnected systems of oppression that lead to violence we witness in the free world that lead to people being incarcerated, who experience violence that we can’t witness.”

Amid the frustration felt by the present community, speak-out emcee Maia Leonardo gave a call to action: “The only way that we can resist attacks like this coming from the government, powerful institutions like healthcare providers and big employers, is by banding together with other trans people and saying no more!”

Yet despite the melancholy gathering, an undercurrent of strength and optimism persevered. Speeches were punctuated by chants of “Trans is beautiful!” Messages of hope and solidarity continued to bind the gathered community together, “As we read names, as we speak and ask what Trans Day of Remembrance means to us, what resilience means to us,” requested the other speak-out emcee, IV Staklo, “I want you to look around and get to know the people that are here. … Start building that net of strength and support.”

Patrick Dunn, executive director of the New Haven Pride Center, shared similar hope about the future: “The greatest thing about this series of events is that every year it gets bigger. And every year there are more people connecting with the Center, the community, and other resources that are available to them. So that every member of the community can continue to grow and build support.” 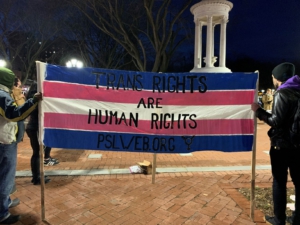 Following a number of other speeches from locals in the community, the group marched toward the New Haven Pride Center. There, everyone who attended the rally and others gathered to meet new friends, receive free food and clothing, and learn more about organizations within the city working to meet the needs of the LGBTQ community. Anchor Health Initiative hosted a table providing medical supplies and information regarding LGBTQ health care.

Another table, hosted by the PSL, displayed the faces and names of trans individuals murdered in 2019, surrounded by signs containing calls to action in support of the trans community. The surrounding walls featured various comics written by trans artists depicting the nuance and personal growth of finding one’s identity.

Trans Day of Remembrance has been honored around the United States and much of the world for the past 20 years, since the first commemoration of trans lives following the murder of Rita Hester, a Black trans woman living in Boston, Mass. TDOR has remained an important event in New Haven for years and has grown from a small series of vigils to this year’s week-long series of events. During events such as TDOR, it is important to appreciate how far the trans community has come while recognizing the need for continuing action to build a more empowering future.