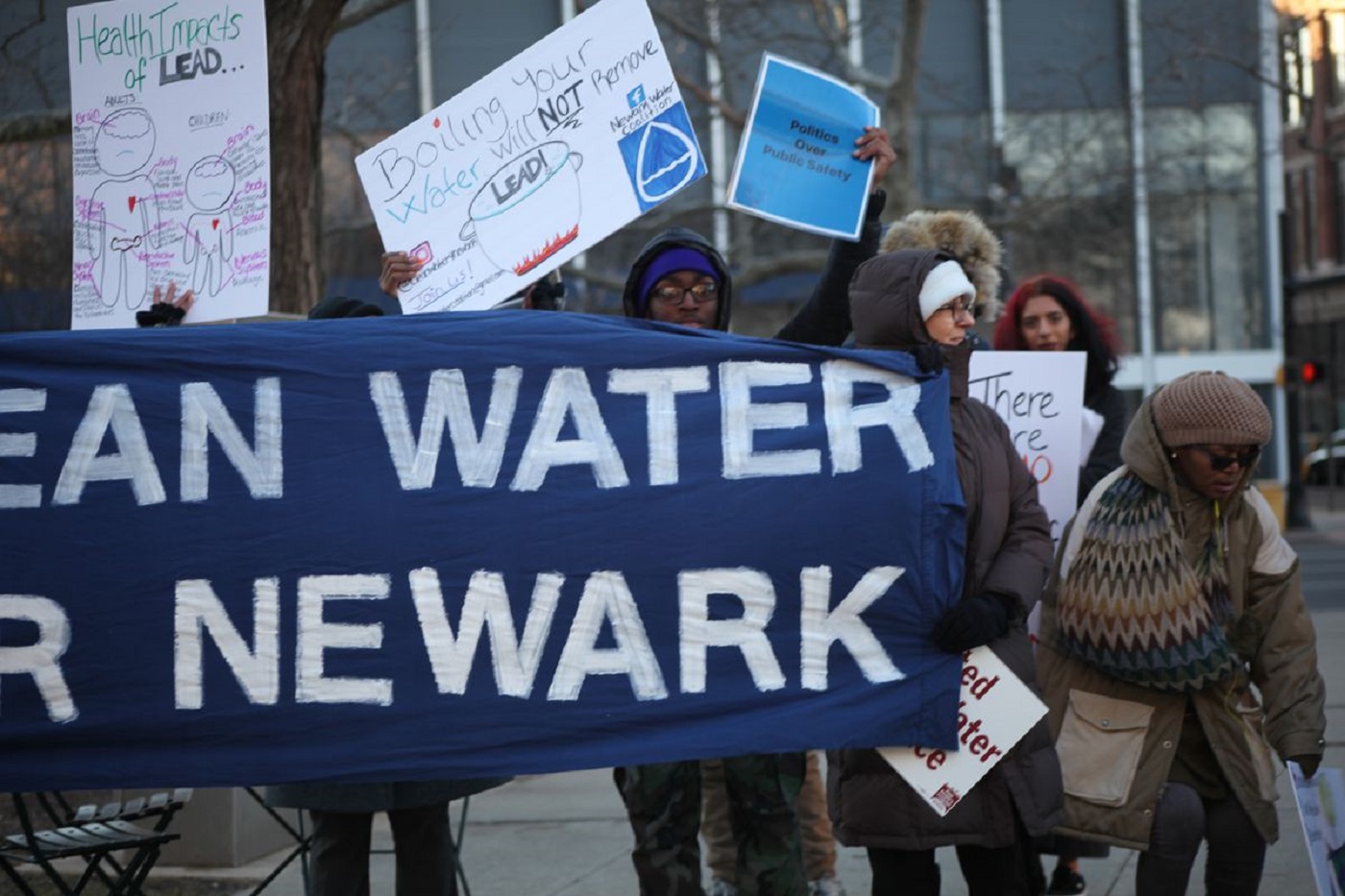 “Newark will not be the next Flint,” many residents, community members, and activist are telling city officials here, as the crisis over lead-contaminated water grows.

The fight for clean and drinkable water is not new for Newark, New Jersey, residents, but the crisis has recently garnered mainstream media attention. This month, an alarm raised by federal and state environmental groups pushed city officials to provide bottled water to the community.

The lead level in Newark’s water is among the highest recorded nationwide. Newark residents have been fighting for clean water since June 2017, when it was first acknowledged that Newark failed to meet the federal standard of 15 parts per billion (ppb) for lead in drinking water for over 10 percent of homes in two instances. If above this lead level, a public water system is required by the Environmental Protection Agency to “take action.”

Since then, the situation has worsened dramatically, with no significant action by Newark officials to repair and replace the lead pipes in the city’s water system, in flagrant violation of federal action requirements.

By the end of 2018, 24 homes tested threatening lead levels in their water of over 50 ppb. By 2019, lead levels in the drinking water skyrocketed to over four times the 15 ppb mandated by federal authorities. According to the Natural Resource Defense Council, “Since the start of the year [2019], more than 10 percent of Newark’s reported drinking water samples have exceeded 66.9 ppb for lead.” Moreover, in the same time periods many resident’s homes have reported lead water at life-threatening levels of 202, 212, 544, and 953 ppb.

Newark officials have mostly responded by playing down the crisis. The statistics show, however, that the situation in Newark is beyond a crisis. It is a manufactured disaster with deadly and long-lasting consequences for the most vulnerable that warrants immediate action including the declaration of a state of emergency.

No lead level is safe

Even the lead levels declared “safe” are not really safe if one examines the science. In healthy adults, lead can cause cognitive dysfunction, high blood pressure and problems with the heart and kidneys, even infertility.

Any lead has harmful effects, especially in the most vulnerable such as children and pregnant women. According the federal Centers for Disease Control and Prevention, “No safe blood lead level in children has been identified.” The effects of lead in children and pregnant women are worst as it can cause dangerous and permanent damage in the brain and nervous system such as lower IQ levels, attention deficit, and poor academic achievement.

In Flint, coinciding with high lead levels in water has been a steep increase in miscarriages and decline in fertility rates, according to a study done  by the University of Kansas.

It should also be noted that Newark, the state’s largest city, with a population of 281,944, has almost three times the number of people exposed to high lead levels as Flint, with its population of 95, 943.

Knowing the serious effects of lead in the body has not been enough to push local and state officials to meet the federal regulations of 15 ppb, much less take measures to completely eliminate lead from the drinking water. It is reprehensible that in the richest country in the world many cities, mainly poor working-class communities, residents don’t have access to clean drinking water.

Newark residents are fighting back

As in Flint, residents in Newark are organizing and fighting back for the right to clean water. Community members and many advocacy and activist groups such as the Natural Resources Defense Council, Newark Education Workers Caucus, and the Newark Water Coalition have been at the forefront of the fight.

Some of their strategies include suing the city of Newark and the state of New Jersey for violating the Safe Drinking Water Act. Among their charges is the fact that government officials not only failed to keep water lead levels below 15 ppb, they failed to notify the public and until now have been negligent in providing bottled water to all residents. The few who were able to receive bottled water had to wait for hours in long lines.

Other tactics include educating and alerting the community through canvassing and outreach on the seriousness of the issue and the importance to hold city and state officials accountable.

It is worth noting that this crisis takes place under the mandate of a Democrat governor, Phil Murphy, and a “progressive” mayor, Ras Baraka, demonstrating once more that it is irrelevant who from the two-party duopoly is at the helm. Both Democrats and Republicans are beholden and serve the interest of big donors and the elite while ignoring and undermining the plight and needs of working-class people.

It is clear that like Flint, the water crisis in Newark is a result of government negligence and utter disregard for the safety and lives of poor people of color. As in Flint, in the face of government inaction, the Newark community is prepared to fight tooth and nails for their right to clean water, illustrating again that the power for change belongs to the people.