“We’ll be back,” was the chant by 500 teachers, paraprofessionals, administrative workers, students, family, and community members that bounced off the concrete walls of the San Francisco School Board building Tuesday night. Inside, the school board voted six to one to cut $50 million from the classroom budgets as part of a plan to close a $125 million budget deficit.

Before picketing the school board, people rallied across the street in the playground of the Civic Center Secondary School. The “No Cuts to the Classroom” rally was organized by United Educators of San Francisco, the union that represents teachers and paraprofessional workers in the city.

The critical role school workers play in the education and development of the city’s children was eloquently expressed by students and teachers alike. UESF President Cassondra Curiel called out the school board saying: “I called them today and told them we are watching you. We are watching to see if you vote your values, if you vote our values, if you vote for students. Because a vote to cut from schools and a vote to cut from classrooms is a vote that means you don’t care about students. … We’ve been saying that before the pandemic, we needed more not less. This may be the first time we’ve been together this year, but look this isn’t gonna be the last. Get all your warm clothes ready. We’re coming back in January and February and March, every single month that we’ve got to come back!”

Solidarity was expressed from other unions. Meghann Adams, President of SMART 1741, the bus drivers union stated: “I know how absolutely critical it is to have para[professionals] in the school, to have paras on the bus, to have the nurses to support these students in their needs and their development so that they can grow up and be part of society. I absolutely want to echo what Cassie said earlier, talking about how this is a disrespect, that these cuts are a disrespect not just to our students, to all the workers that are here that are part of our schools and our education system. It’s a disrespect to our families that live in this city to be cutting from our education!” Adams ended her speech leading the chant “Our students deserve more” with the crowd energetically joining in.

A number of students spoke at the rally. Ashante McAllister, a sixth-grader from MLK Middle School, captured how the cuts to classrooms will impact students. He explained his experience in the school system: “… the peer resources just sort of has saved my life and the people around me. It helped our people skills and I actually don’t know where I’ll be in middle school at this time because it’s helped me grow as a person and helped me build on how I can be a young adult. It also helps me and other African Americans who are struggling to be heard. I just think the budget cuts — it doesn’t make sense to take the teachers and the resources back that the kids need to help them grow in this life to be adults, to be men and women, and work in all these buildings that you see around you. I mean look, San Francisco is an amazing place to be in. It’s one of the richest cities in this country. And how can it be one of the richest cities in the country, but you can’t pay for the schools?”

Nathalie Hrizi, Vice President of Substitutes, got the rally ready to move into the streets affirming the role school workers play in the city stating: “It is so incredible to see you all here tonight. I commend you for coming out in the cold in the dark, and what I know is one of the hardest teaching years of your career. It doesn’t matter if you’ve been teaching two years, you’ve been teaching 5 years, or you’ve been teaching 10 or 20, this year has challenged us all like no other. Before I talk about where we’re going from here, I just want to say that those 3 young people — those should be our next commissioners on the board of education. That is the kind of fire, the kind of spirit, the kind of commitment and understanding we should expect from every political leader in this city and we don’t see it right now! They can learn from our young people, the way we can learn from the young people who walked out last week.”

The crowd enthusiastically cheered and Hrizi spoke about the students in SF Unified School District and the work the teachers do: “We check in with them, we make sure they’ve had food. We know if they don’t have a stable place to sleep at night. And the number crunchers at 555 Franklin see them as numbers, see us as numbers!” The crowd responded attentively, booing the school board. “And that’s why we are here tonight. That’s why we have been organizing since we first heard they were gonna bring a plan to cut our classrooms in the middle of a pandemic!”

When asked what it will take to stop the cuts, union members and activists responded: It will take the school workers and the community organizing together, the same people that make the school system and the city function, to ensure the needs of the students, teachers, and community are prioritized. 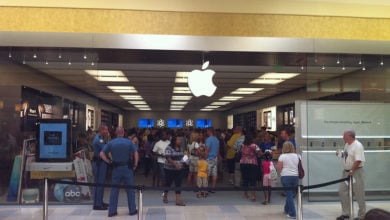 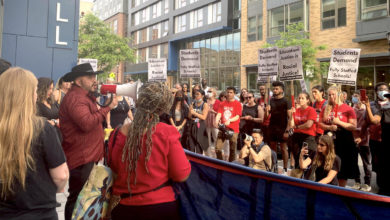 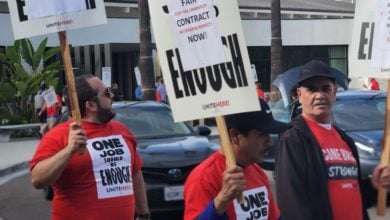 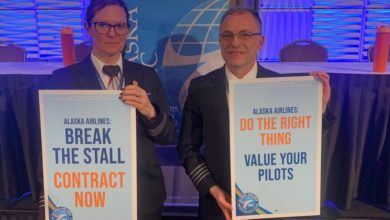