The MTA has imposed yet another fare hike on the New York City working class. The 7-day unlimited card will increase from $31 to $32 while the 30-day unlimited card has gone from $116.50 to $121. Drivers paying cash for tolls will see an increase of 6.3 percent to 9.1 percent.

The MTA is claiming this was a smaller fare increase than normal, which are now scheduled to come every two years. But the city has already become unlivable for huge numbers of New Yorkers. While low-wage workers have fought valiantly to raise the minimum wage, those increases can’t keep up with the skyrocketing costs of rent, food, health care, tuition and basic transportation. It’s no wonder why fare-beating was one of the leading causes of arrests and summonses last year.

Contrary to what so many politicians and MTA executives say, high fares are not inevitable. It is all about who holds power and what is made a priority.

Even when adjusted for inflation (in 2016 dollars) subway fares were below $1.50 all the way through the late 1960s. The train was pretty affordable. New Yorkers today are spending twice as much of their weekly wages just to get to and from work.

The truth is that the transit fare is an unofficial tax that falls entirely on poor and working people. It’s not like working-class people can avoid taking the train in this city. The corporate executives don’t ride the train but they depend on their workers to get to work on time every day. The developers benefit enormously from the expansive transit system because it allows them to boost their property values and build up new condos that displace long-time community residents. The banks also make a fortune on interest payments from loans that the MTA takes.

So why should the rich make big profits on a public service at the expense of the working class?

To make matters worse, there is no real accountability or transparency with the MTA Board. The banks proposed a new management structure in the 1970s that further detached the MTA Board from the people. It is now led by unelected appointees from the Governor, the mayor and other counties’ executives. Many of them have ties to Wall Street. The top dog makes around $400,000 per year.

The MTA is essentially a private corporation that presents itself as a public agency. The Board can introduce fare hikes at essentially its own discretion, and the politicians then claim that there is nothing they can do. This is taxation without representation.

By removing public funding, the banks and MTA Board intentionally pit transit workers against riders. When the Board raises the fares, as they did this week, the MTA CEO announces, “labor costs are a big part of the equation.” Then when the workers fight to hold on to their pensions and benefits, the MTA claims further fare hikes will be necessary. Meanwhile, they feed us the same lie year after year — that the hikes are necessary for improved service (which never comes.) It is a complete set up.

What is the answer? The fare hikes can be reversed — simply tax Wall Street and the city’s billionaires to drastically lower the fares. The MTA Board should be dismantled and a new one should be directly elected and the Agency’s books should be open. Make “public” transit truly public again. With a new funding structure, public transit could be free.

The unaffordable fares are feeding the mass incarceration system and deportation machine. In 2015, the NYPD issued over 120,000 summons and made nearly 30,000 arrests for fare evasion. Since 2013, more than 10,000 arrests have been made just for “swipe-begging.” Black and Latino people have been overwhelmingly targeted.

This has to end. Transportation should be a right and the subway system must be made accessible to all New Yorkers.

On a day to day level, the PSL encourages everyone to join the #SwipeItForward movement, which is organizing seven actions across the city today. The concept is simple: if you have an Unlimited MetroCard, show some solidarity to your fellow New Yorkers by offering a free swipe when you leave the station to someone who needs it. It helps them out, it’s allowed under MTA rules, it undermines these unjust fare hikes and it prevents tickets and arrests. 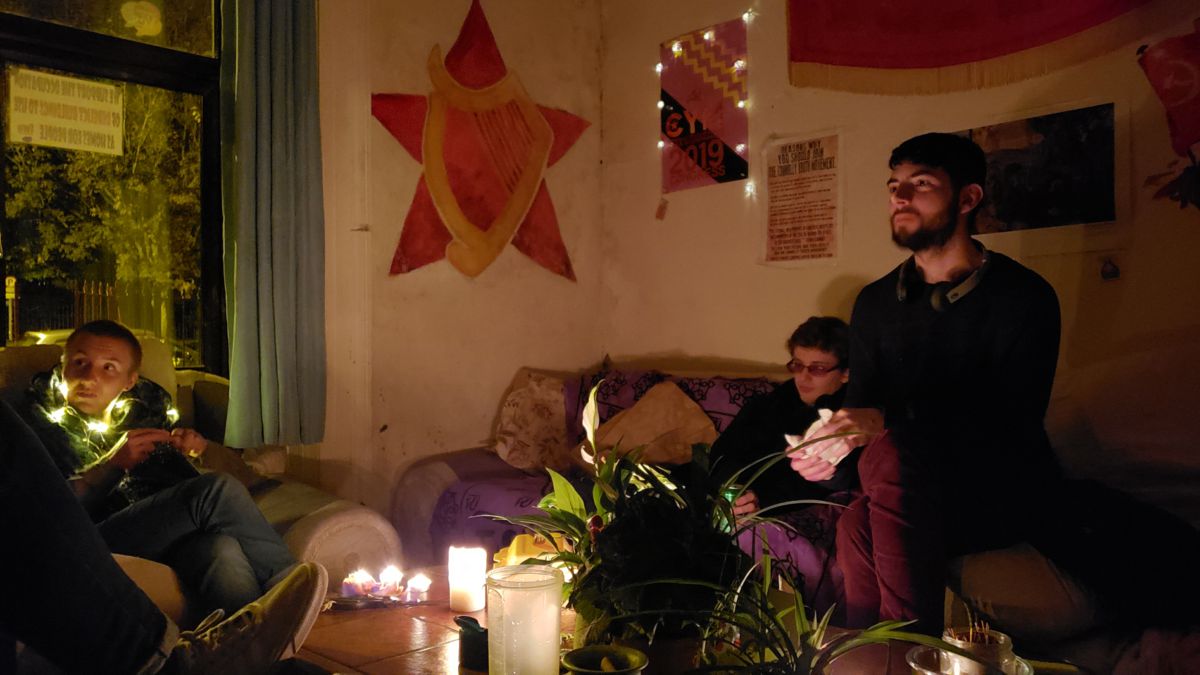 The Connolly Youth Movement and the struggle to reclaim urban housing