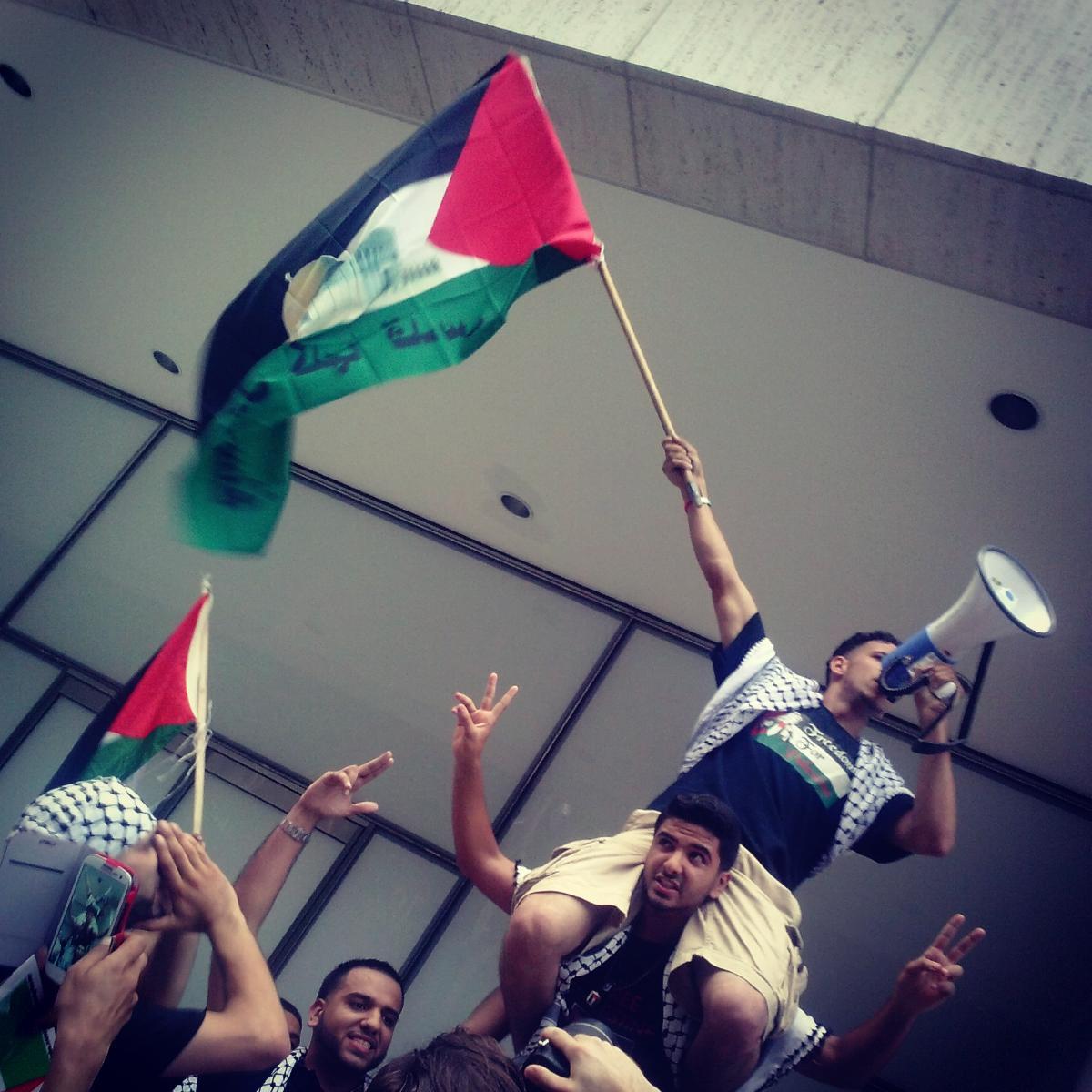 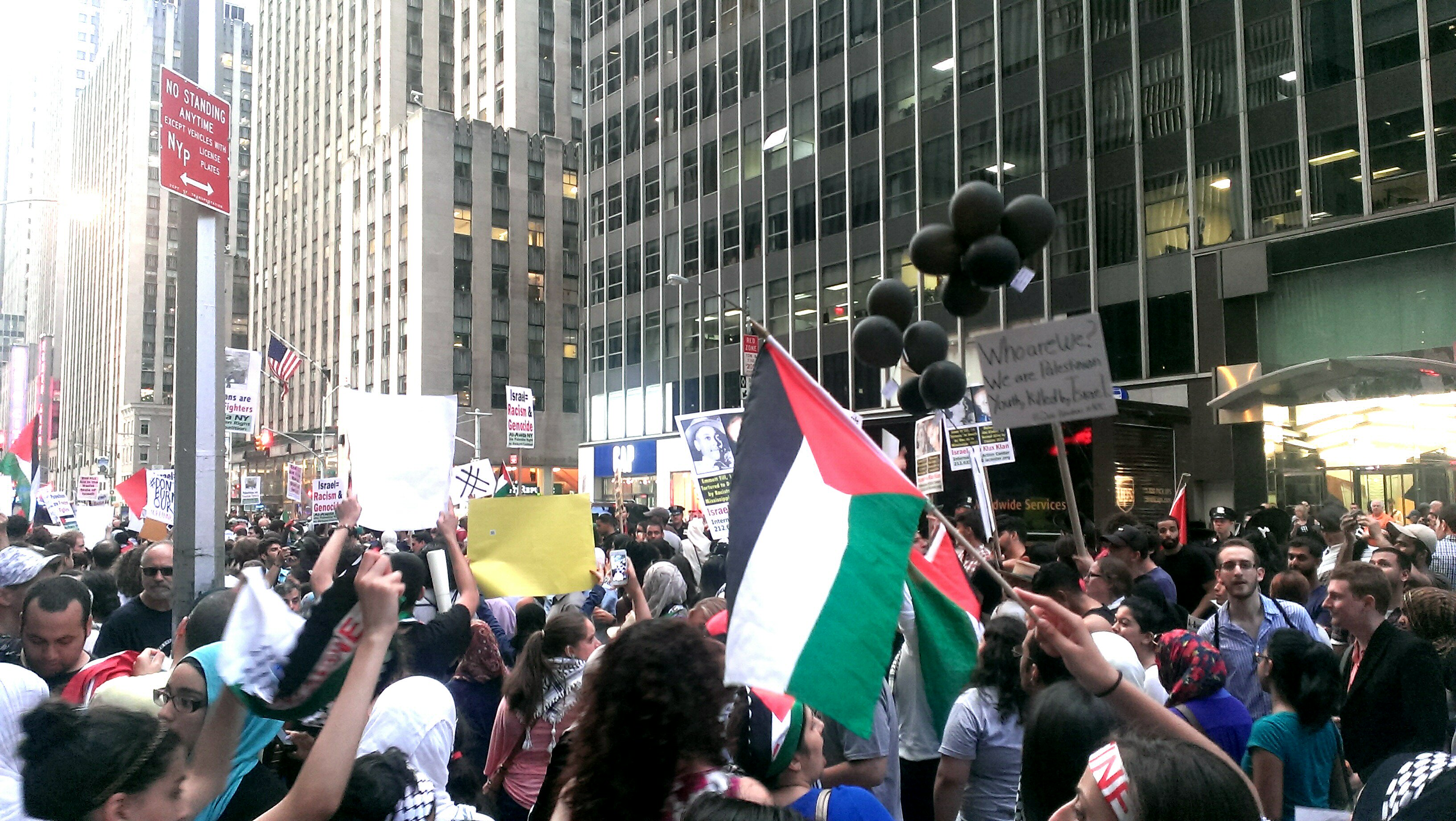 On July 9, thousands of Palestinian supporters gathered in front of the Israeli Consulate in New York City to demand an end to the U.S. funded airstrikes that have been pummeling Palestine and demand that U.S. media provide accurate coverage of Israeli terror. This occurs at the same time that the death toll increases in Gaza on the second day of Israel’s airstrike offensive.

In the opening rally, the crowd increased with each passing minute, holding signs that stated, “Palestine has no navy, no air force, and no army. This is not war, this is a genocide! #freepalestine.” Constrained to police barricades, the people in the back of the crowd maintained high energy levels through chanting “Free, Free Palestine, Free, Free Gaza.” Across the street there was a much smaller pro-Israel rally of about 150 people.

The crowd’s militancy grew as it set to march towards News Corp, home of the New York Post, Wall Street Journal, and Fox News. The chants also became bolder as the people cried, “Resistance is justified when people are occupied” and “Not another nickel, not another dime! No more money for Israel’s crimes!” The police were armed and ready with plastic cuffs as they followed the crowd, whose energy could not be contained to the sidewalks. The march ended at the News Corp building with a closing rally.

Liberation News interviewed Hana Ali about the conflict and the U.S. role. She explained the urgency in informing people about Palestine because “the conflict has been going on for so long and there is a lot of injustice being perpetuated towards the Palestinians.” Ali continued, “I know that the U.S. would never restore justice to Palestine, so realistically, I think the U.S. should remove itself completely from the situation because Israel is clearly an apartheid state.”