Exxon Mobil and other top Western oil companies are set to announce their second-straight quarter of record-breaking profits. Exxon alone is expected to announce an astounding $18 billion in profits in second quarter earnings. This is up from $4.7 billion last year, marking the highest quarterly profits in Exxon’s history.

These record-breaking profits for oil companies come at a time when workers in the United States are getting squeezed harder each day by inflation, especially taking a hit at the gas pump and on heating and electric bills. These obscene corporate profits are driving the punishing inflation faced by workers.

Last month, inflation hit a new high of 9.1% overall, causing significant suffering for workers and families. When this number gets broken down though, we can see that while everything is getting more expensive, gas prices in particular have gone up nearly 60% since last year. This staggering increase makes up the lion’s share of the record inflation numbers we are experiencing.

As a result, real wages — what’s needed to pay for what we need to survive — have been dropping. The federal minimum wage, last raised in 2009, is now at its lowest level in terms of real wages since 1956.

Mainstream economists and politicians are pushing the narrative that inflation is due to unemployment being too low and wages being too high. In reality, this inflation is driven primarily by corporate greed. Studies from the Economic Policy Institute have shown that for every $1 of inflation, 54¢ has gone to corporate profits, but only 8¢ has gone to increased wages.

When companies like Exxon raise their prices with the excuse of inflation and “supply chain issues,” they are masking the fact that they are mainly driving inflation themselves just to pad their coffers with extra cash because they think they can get away with it.

At a minimum, Biden and the U.S. government could take a piece of these massive profits through a corporate windfall tax to ease the burden of inflation on workers and families. In the United Kingdom, home to Shell, BP, and conservative Prime Minister Boris Johnson, people have successfully demanded that their government impose a 25% windfall tax in May to do just that. 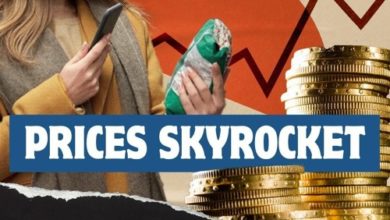 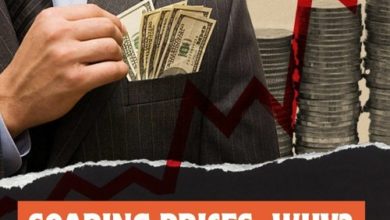