On Dec. 22, a BNSF freight train transporting Bakken crude oil derailed in the town of Custer, Wash. Several cars immediately caught fire; by the end of the day, two cars were still ablaze. The fire was finally fully extinguished by the end of the following day.

Oil continued to leak into the environment raising concerns of groundwater contamination. Residents of Custer were forced to evacuate their homes due to toxic fumes and the possibility of the fire spreading. Just two days after the fire had started, BNSF decided the tracks were safe to reopen.

The highway was shut down and the area around was closed up. BNSF decided that helping the community and being transparent about events was less important than keeping the lines open to make a profit. The story was spun to one of “a crisis averted,” but put simply, no oil spill is a good oil spill.

Initially, corporate spokespeople for BNSF claimed that seven train cars had derailed. Around a week after the initial derailment, it was admitted that in fact 10 cars had derailed. This would mean that either no one had noticed three derailed train cars or that the company had knowingly lied.

A day before the derailment, a landslide warning was declared due to excessive rain. The ground underneath the rails and the speed at which the cars were traveling were both too dangerous, but this didn’t matter to BNSF because it would not have been as profitable to travel at safe speeds or to temporarily halt the transport of highly dangerous crude oil.

Although the spill wasn’t major, it easily could have been if even the slightest detail had been different. This serves as a reminder that transporting oil is extremely dangerous. The money to be made in oil prevents the development of renewable energy infrastructure because it is more profitable to produce this dangerous and unsustainable form of energy than safe and sustainable forms.

In 2014, they were given a surprise EPA assessment, which they failed. In 2016, they were given a fine of $600,000. This fine was a drop in the bucket considering that BNSF is one of the largest rail line companies in the United States, operating around 32,000 miles of tracks in 28 states as of 2016. After the fine, BNSF declared its dedication to improving, however, in 2018 they had one of their largest spills. In Doon, Iowa, flood waters made conditions unsafe for transport of hazardous materials, yet BNSF allowed train travel through the route. Thirty-two cars derailed releasing around 230,000 gallons of crude oil into the floodwaters.

BNSF has a history with risky choices ending in environmental disaster. They continue to use unsafe practices in pursuit of profits. These disasters don’t affect the people in charge of the company; they affect the people in communities like Custer and Doon. They prove that BNSF cares more about profiteering off of a dangerous industry than they care about communities that suffer the unnecessary consequences of the choices of the exploitative few. 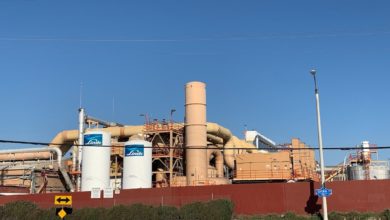 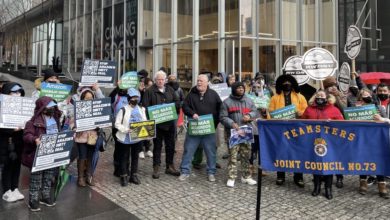