A recent incident in Belgium speaks volumes about the extent and danger of the current “Russiagate” hysteria.

John Kiriakou is an internationally renowned whistleblower who shed light on the CIA’s torture program. A former employee of the CIA, he was the only person to serve time in prison–not for being involved in torture, but for exposing it.

Winnie Wong, co-founder of People for Bernie Sanders, had been told by her organization that she could not appear on the panel with Kiriakou — because he is currently employed as the co-host of Radio Sputnik’s Loud and Clear show. As a result, Kiriakou was taken off the panel.

This sets a dangerous precedent reminiscent of the McCarthy era. While during the 1950s “Red Scare”, people were silenced for their association with communism, today apparently any connection with anything Russian will invalidate your message or your right to speak.

The anti-Russia witch-hunt is reactionary–and it has its roots in the Democratic Party although it is a bipartisan affair involving the Republican Party as well. It has become an accepted “fact” that “Russian interference” caused the defeat of Hillary Clinton–despite no real evidence to support this claim. Now, even the Sanders movement–which was robbed of the nomination by the Democrat establishment, is going along with this fiction, or at least is afraid of being tarred with the “Russian” brush, going so far as refusing to sit on the same panel with a courageous whistleblower who happens to work for a Russian media outlet.

The thoroughly right wing character of the “Russiagate” hysteria has become even more obvious in recent weeks. The focus of the narrative shifted to the so-called “Russian ads” that appeared on Facebook and Twitter. It was immediately clear that this story was ridiculous because the number of ads and amount of money spent (by a private company in Russia — not the government) were so miniscule, but the absurdity deepened when it was revealed that the majority of the ads in question were viewed after the election!

But the most dangerous twist in this media narrative came when the content of the ads was released. Most of them had absolutely nothing to do with Donald Trump or Hillary Clinton, but were in fact related to, as the corporate media put it, “divisive social issues.” Dissent against the U.S. government thus became attributable not to the grinding injustice that people in this country face, but to the machinations of Russia and its campaign to sow discontent in the United States. Much of this slander was directed at the Black Lives Matter movement, reviving an old, racist trope about fighters for Black liberation being dupes of Moscow.

The witch hunt will not end unless people stand up to it. Those who hope to keep their heads down and ride it out are doing a disservice not only to themselves but the entire progressive movement. The agenda of the promoters of “Russiagate” has been made clear: heighten an unbelievably dangerous confrontation with Russia abroad, and suppress movements for justice and equality at home. Exposed: The Pentagon’s cyberwar against Russia 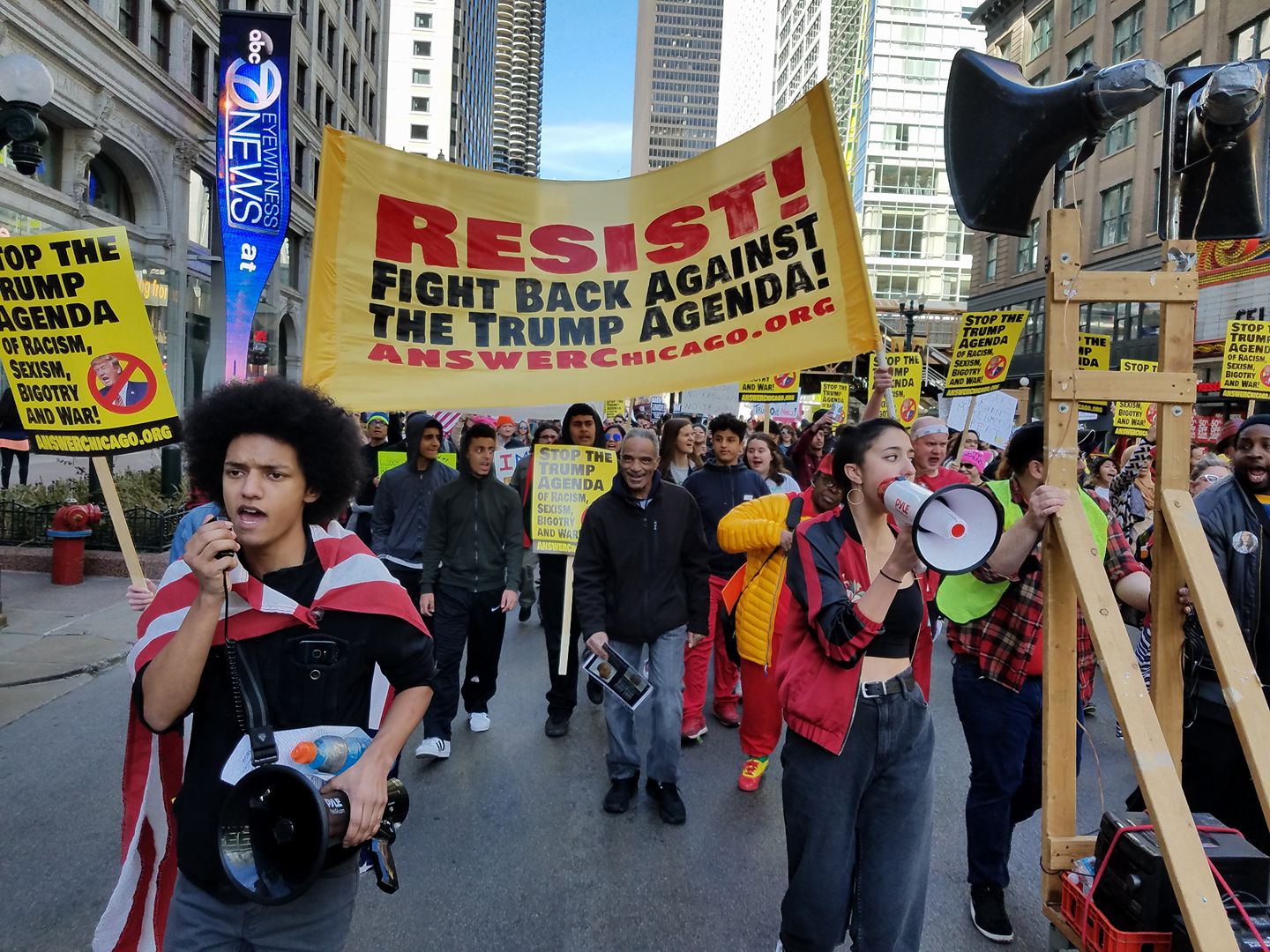 A socialist orientation: The collapse of the Trump-Russia hoax and the need for an independent movement