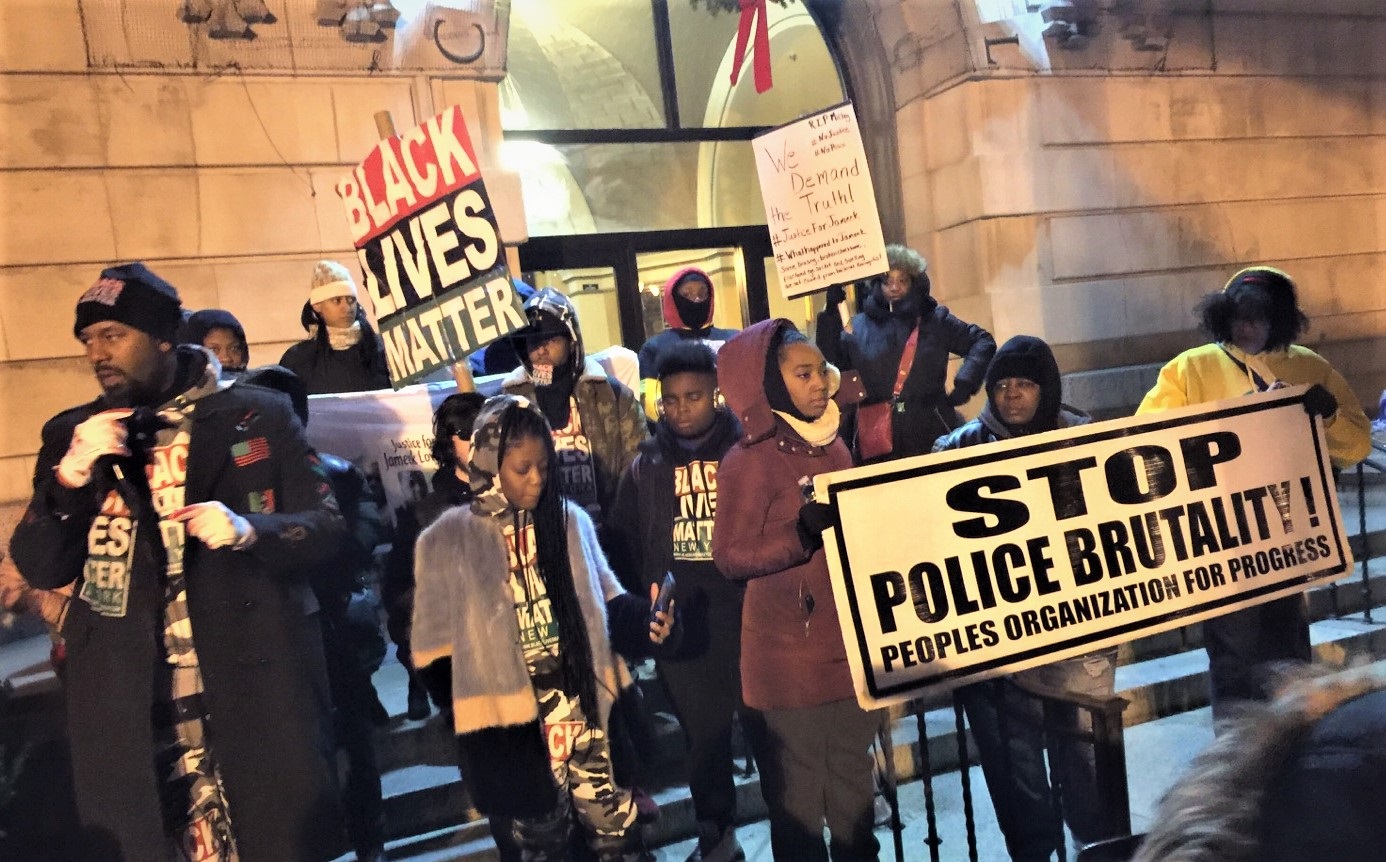 “No justice, no peace!” protesters chanted while taking to the streets in Paterson, New Jersey on Jan. 11. Police reacted with force, in a clear effort to stifle the days-long protesting with intimidation tactics.

This was latest in a week of angry protests across Paterson, including at St. Joseph’s Hospital, against the police murder of 27-year-old Jameek Lowery. Lowery died at St. Joseph’s Hospital after being released from Paterson Police Department custody. He leaves behind three children. His family claims he was severely beaten by police, and are demanding that the city order an investigation into the circumstances of Lowery’s death.

The protests began on Jan. 8, when some 200 people gathered outside of Paterson City Hall and police station to stand in solidarity with his family and to demand justice. Police have reacted violently, using mace and arresting leaders of the protests, including a member of Black Lives Matter, Paterson.

Lowery’s mother and protesters are asking the city to more the investigation from the Passaic County prosecutor’s office because it works so closely with the Paterson police.

An early investigation found that Lowery had called police at around 3 a.m. on Jan. 5, to say he had taken ecstasy pills and was feeling paranoid. An ambulance took him from his home to the hospital, where reports says he was behaving erratically. At about 3:45 a.m., Lowery called police again, stating people were out to kill him, before walking into the police station at Frank X Graves Public Safety Complex.

He began a Facebook live video in which he appeared drenched in sweat, begging for water at the front desk of the police station. He repeatedly told the camera that the police were trying to take his life. Some four minutes into the video, Paterson fire department fighters, acting as emergency responders, arrived to take Lowery back to the hospital. Lowery is heard telling them that the security staff at the hospital had beaten him.

Shortly after, Lowery was taken from the police complex to the hospital. He was found to be unresponsive upon arrival in the early morning of Jan. 5, and was pronounced dead on Jan. 7.

His family members say he had been badly beaten shortly after recording the video at the police station. When visiting him in the hospital, his brother immediately noticed that he had a broken cheekbone and fractured eye socket, which he did not appear to have in the Facebook live video.

The Paterson police and local media have already begun a campaign to victim-blame Lowery. Despite his family’s firsthand accounts, the police claim he was not beaten or mistreated while in their custody or at the hospital. The media has reported claims that Lowery had bacterial meningitis and the city is saying that he passed due to complications related to the illness, though Lowery’s case has not been confirmed.

Every 28 hours, a Black person is killed by a vigilante, security guard or police in the U.S. Time and time again, police around the nation get away with murdering of Black people, particularly in poor, inner-city communities like Paterson. Lowery’s family and community have made it clear that they will not stay silent while his killer walks free.