This month, Philadelphia School District officials announced that they will indefinitely close the building housing Benjamin Franklin High School and Science Leadership Academy after damaged asbestos was exposed in the course of a construction project to co-locate a privately-run charter school in the same building as a public school. The asbestos had been exposed for months before being acknowledged by officials. Ben Franklin students are now commuting to a temporary location three miles north while SLA students have dispersed to two separate buildings nearby.

This comes just a month after the union Philadelphia Federation of Teachers called for $100 million to be budgeted toward cleaning asbestos from Philadelphia schools. Their demand was spurred by a case of mesothelioma — a form of cancer commonly caused by asbestos — diagnosed in a teacher at Meredith Elementary School. Adults and children alike face daily environmental hazards in Philadelphia schools. Teachers across the city plan to use union power to fight for safe working conditions for themselves and their students.

This egregious risk to the health of children, teachers, and school workers was not due to a simple oversight — a crisis of health hazards exists across Philadelphia schools caused by underfunding and privatization of school resources. While aging school buildings go untended to the point of becoming hazardous, millions of dollars of public educational funding are going into the pockets of charter school “management” companies.

Decades of neglect imperil the lives of working class kids

In 2017, the Philadelphia School District assessed the need for $5 billion in repairs to its buildings. This was the first such assessment in 14 years. The consequences of decades of neglect are being felt by those most vulnerable: the children, teachers, and staff who spend their days inside the schools.

Many of Philadelphia’s school buildings, which average around 70 years old, contain lead paint and damaged asbestos. Investigative reporting by the Philadelphia Inquirer in 2018 revealed asbestos dust and hazardous levels of lead in classrooms and facilities of multiple schools, including several elementary schools. One elementary student contracted lead poisoning from paint in his classroom.

Outdated electrical systems in school buildings also pose risks. Most classrooms in the city do not have electrical systems that support air conditioning. The cost of electrical updates is not affordable for the school district. Extreme heat caused early school closings multiple times in 2018.

At least three quarters of Philadelphia’s children come from low-income families and 73 percent are Black or Latino. The burden of neglect to school buildings and underfunding for repair efforts falls primarily on Philadelphia’s working class and oppressed, causing deep risks to their health and education.

While the school district struggles to use limited funds to cover decades of necessary repairs, a handful of millionaires are profiting from money the government reserves for education.

For two decades, Philadelphia and Pennsylvania politicians have actively opposed adequate funding for safe and healthy schools. In 2001, Pennsylvania Governor Thomas Ridge hired the for-profit education management company Edison Project to create a reform plan for Philadelphia schools. The Edison Project produced a report that suggested the company itself should be in charge of running the school district! The report also advocated for opening privately run schools — institutions that could enter profitable contracts with management companies like the Edison Project.

The power of profit, along with the refusal to completely fund necessary school repairs, remains in place today.

The law authorizes for-profit corporations to set up non-profit charter schools that can then pay the corporation for services to the school. This has allowed numerous “management” corporations to set up scandalous business relationships that bring in millions of dollars in profit despite, in many cases, providing below-average education.

Omnivest Properties Management is a notorious example of these arrangements. Its founder, Robin Eglin, was Chief Financial Officer of the company that created People for People Charter School when the school entered into a lucrative contract with Omnivest. Omnivest received nine percent of the school’s revenue regardless of services provided. This is one among many scandals spanning various “management” corporations.

Students and teachers fight back

While teachers use union power to push for safer conditions in schools, students across the city are also coming together to demand that the school district’s budget problems be solved. Over the past decade, students have organized various walkouts attended by thousands, including multiple actions specifically protesting the city’s refusal to treat these environmental hazards as the emergency that they are.

The struggles students and teachers are engaging in to better Philadelphia schools show that they are not willing to let a government of, by and for the rich neglect their basic human needs. Students and teachers are taking the lead in one of many fights against the devastating injustices of the capitalist system, driven by the belief in their right to good education and safety from environmental hazards. 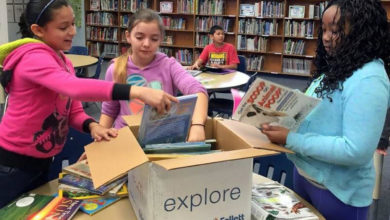