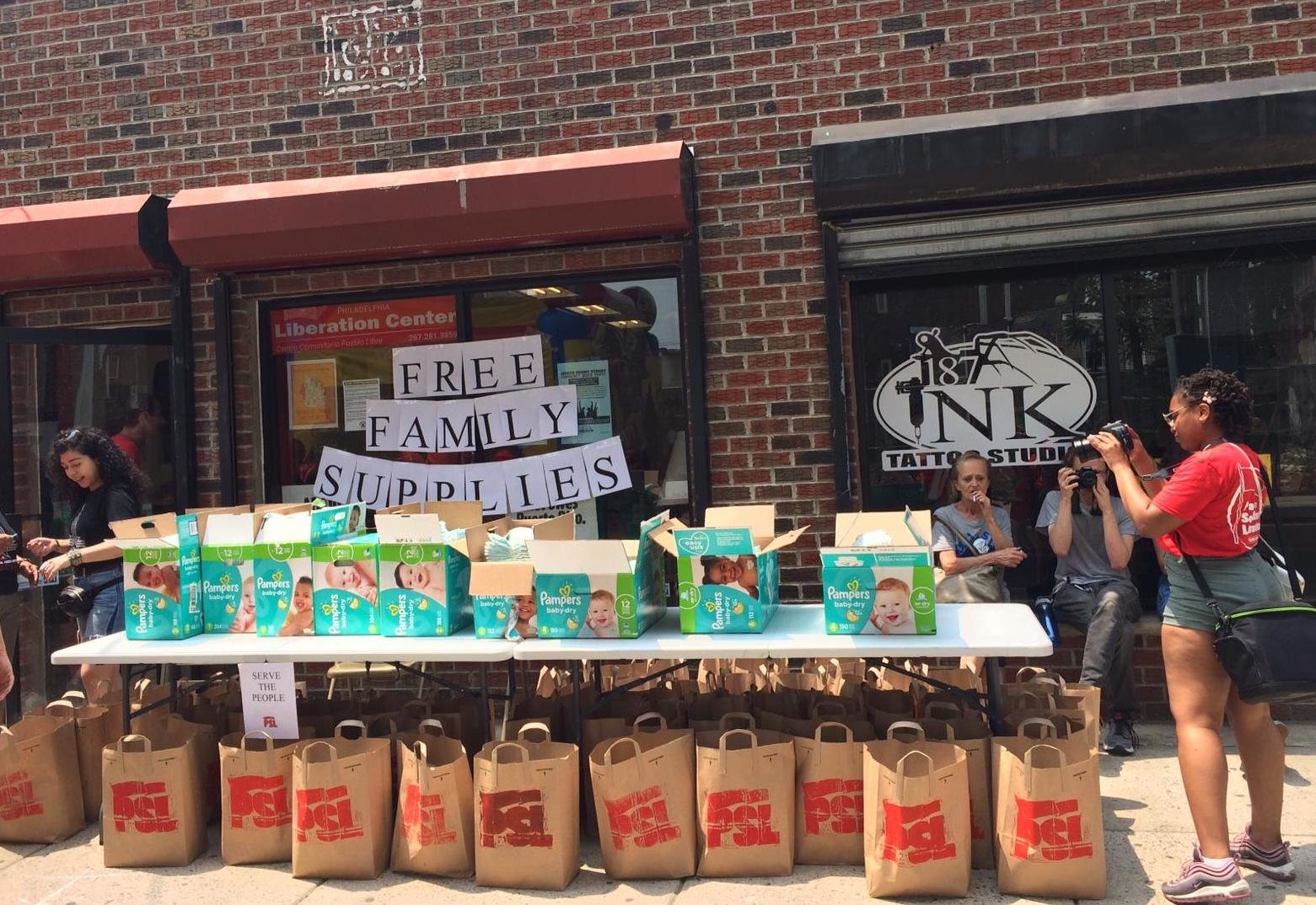 At the beginning of June, the Philadelphia Liberation Center — a community center operated by volunteers from the Party for Socialism and Liberation — and a wide range of neighborhood co-sponsors hosted the North Front Street Community Block Party in the Kensington section of Philadelphia. PSL volunteers served hundreds of hot meals, gave out bags of household necessities and diapers, and facilitated children’s activities including boxing and a bounce house.

The theme of the day was the right to housing and the defense of the neighborhood from gentrification. Real estate developers along with the big banks and sellout local politicians make huge amounts of money all across the country kicking out long-time, working class residents and constructing expensive, luxury buildings in their place. Fishtown, the neighborhood immediately south of Kensington, has been largely lost to gentrification, and the new developments are gradually making their way north. The PSL produced a special pamphlet on the issue and distributed hundreds of copies to attendees of the block party. 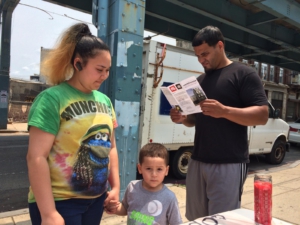 Through their work organizing for the block party, Philadelphia Liberation Center volunteers were able to get involved in the fight against a luxury housing development planned by a real estate corporation called Onion Flats. A spontaneous, grassroots movement had begun to develop against this new construction that residents warn would release asbestos into the air, disrupt daily life and cause rents and property taxes to skyrocket. The Liberation Center is now fully involved in this struggle. The fight against Onion Flats in particular was a focus of the speeches and conversations that took place the day of the event.

Near the end of the block party, the DJ stopped the music to give the mic over to a series of local activists. A representative of the Caucus of Working Educators spoke about efforts to increase funding to Philadelphia schools, in which students struggle to learn in buildings equipped with neither adequate heat nor air conditioning. A member of the Party for Socialism and Liberation spoke about Onion Flats, and a trainer at the People Power Gym (which is based out of the Liberation Center) spoke about the free fitness and self-defense classes offered to both adults and children. The speakers inspired cheers from community members, who engaged in chants of “all power to the people.” 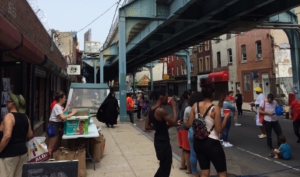 Kensington is a multinational, working class neighborhood primarily composed of Puerto Rican, Black and white families. Forty percent of Kensington residents live below the official poverty level, compared to 25 percent in Philadelphia overall. They share a struggle against the effects of the capitalist system in their neighborhood: poverty, gentrification and underfunded schools, to name a few.

The neighborhood also has a higher percentage of households with children and 150 percent more members per household than the city average. In addition to providing necessities such as food and childcare products, the block party met the less-discussed need for recreation and leisure. These needs are doubly important for people facing the strain of raising a family on top of working a job and who need affordable recreation opportunities for their kids. Parents were able to eat, lounge and socialize while children partook in supervised activities.

An event of this scale would not have been possible without the participation of many different people and groups in the neighborhood. Our main co-sponsor, Deja Vu, is a Puerto Rican-owned barbershop and helps overcome discrimination by hiring many formerly-incarcerated barbers. Its current location on North Front Street is its third, after gentrification raised rent at the previous locations to the degree that offering affordable haircuts was no longer possible. 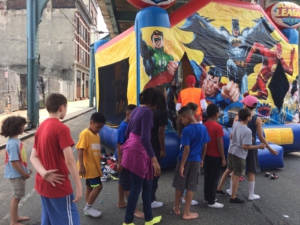 Sponsors and donors for the event included Stelio’s, an immigrant-owned pizza shop that has resided in Kensington since 1979; Liberty Choice, a Palestinian-owned grocery store; three taquerias and two Chinese business. These businesses are threatened by the same gentrifying developers threatening the working class residents of Kensington. In addition to threatening the well-being and stability of oppressed people in Kensington, gentrification threatens to destroy their social and cultural spaces and economic institutions. The latter’s connection to national struggles such as that of Puerto Rico and Palestine, as well as those of various immigrant communities, aligns them against the dominant forces of U.S. capitalism.

While donations and sponsorship helped provide the resources to hold the block party, a rigorous outreach process ensured that people from across Kensington would attend and volunteer. Members of the Party for Socialism and Liberation knocked on hundreds of doors and handed out a thousand fliers promoting the event. Outreach provided an additional opportunity to promote the political goals of the event and introduce the Philadelphia Liberation Center as a hub where community members can come together to fight for a better life in their neighborhood.

While attendees were happy to relax and receive food and household necessities, they were also eager to contribute their time and donate spare possessions to help meet the needs of their fellow community members. Some volunteered to serve food, while others approached the hosts to offer donations and ask about supporting future events. One retired man in the community even found a day’s work and donated the wages for the event.

Through rigorously planning, coordinating with other institutions based on shared interests, and drawing the participation of community members who share a struggle under capitalism revolutionaries can demonstrate their commitment to a better world and build the bonds of trust and solidarity needed to take the action needed to bring it into existence.