On Nov. 9,  Martín Vizcarra, President of Peru, was impeached with 105 members of Congress voting in support, surpassing the 87 required. This round of impeachment proceedings followed a failed attempt back in September of 2019 in which 32 members of Congress supported an impeachment vote based on Vizcarra’s alleged links to irregular government contracts that had been awarded. This time, the impeachment motion alleged bribery from companies that received public works contracts stemming back to Vizacarra’s time as governor of the state of Moquegua in 2010.

Vizcarra, who was the former Vice President and Ambassador of Peru to Canada, is now the second president in a row forced to leave office before completing his presidential term. His predecessor, Pedro Pablo Kuczynski, was pressured to resign amidst multiple impeachment proceedings in 2018 for leaked videos showing him engaged in vote buying in addition to prior connections to the Odebrecht corruption scandal. Odebrecht is a Brazilian construction company which was caught bribing many high profile officials in Latin America.

News of the impeachment vote has been met with mass social unrest in the nation’s capital, Lima, as well as major cities across the country including Trujillo, Huancayo, Ayacucho and Cuzco to protest what is being characterized by many as a power grab by the minority party, Popular Action just months before the scheduled Presidential election in April 2021. With no sitting Vice President in office, next in line to fill the vacancy is the head of Congress Manuel Merino, a Popular Action member who spearheaded the proceedings.

Corruption by the entire political elite

The demonstrations are not necessarily expressions of overall support for Vizcarra’s government, whose response to the Coronavirus pandemic have exacerbated pre-existing inequalities and left Peru with one of the world’s highest per capita death rates from the virus. Instead, demonstrators pointed out the hypocrisy of the impeachment proceeding. Sixty-eight cases of corruption are currently pending against sitting members of Congress, many of whom voted in favor of the impeachment motion.

With so many workers suffering amid the economic recession triggered by COVID, especially those relegated to Peru’s large informal economy, the latest political maneuvering by the political class has fueled widespread distrust towards those in office. This includes Congress and the impeachment process that it presided over. Among the slogans in the streets are calls rejecting the vacancy of the office and expressing no confidence in Congress members, and demands for the creation of constituent assembly to rewrite the Constitution and the reinstatement of Vizcarra as president.

With so many forces in the streets both condemning the act by Congress to move forward with the impeachment vote during such an economically and socially volatile period as well as protesters who are rightfully angered by the lack of government support during this pandemic, only time will tell if the masses of people will accept a Merino presidency ahead of upcoming elections. 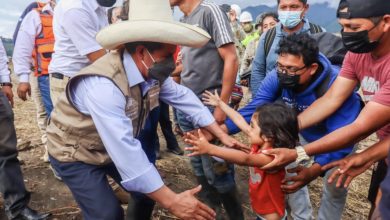 Why Federal Reserve Bankers Should be Arrested for Corruption 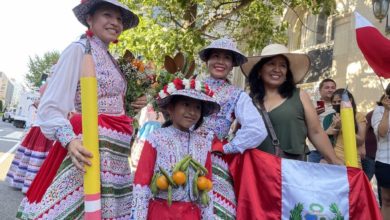