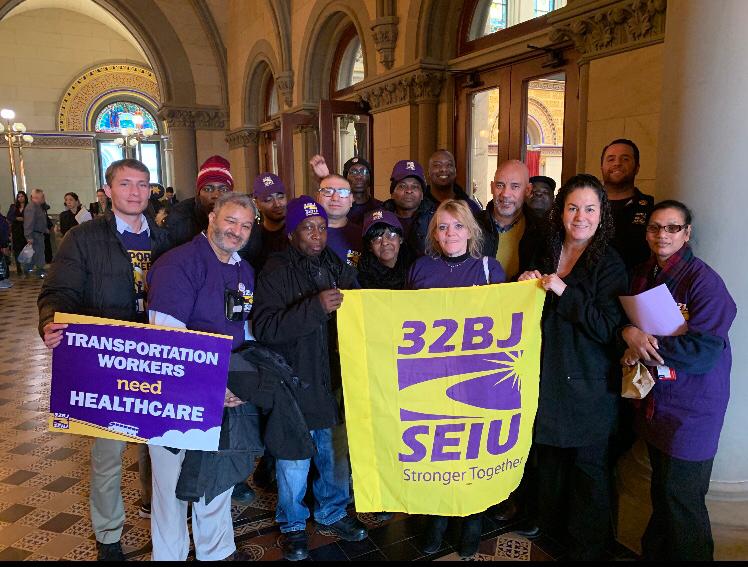 The author is an airport worker organizer with SEIU Local 32BJ

Members of Service Employees International Union Local 32BJ recently secured a major victory by successfully pressuring the federal government to allocate $3 billion in the recently passed Coronavirus bill to protect the jobs of an entire sector of workers — 15,000 airport employees. Now, workers will be receiving full-time paychecks during the COVID-19 crisis despite the fact they are not working full hours. As the Party for Socialism and Liberation has been demanding, this is a measure that should be awarded to every worker in the U.S. during this crisis.

The landscape of labor organizing at the airports has been made especially difficult by two main factors. For one, airline corporations are subcontracting services to dozens of private companies, which generates a race to the bottom in wages and benefits. In addition, the Railway Labor Act prevents unions from striking or carrying out any militant action at the airport.

However, despite these obstacles SEIU local 32BJ has been able to successfully organize at airports across the country. This is especially true in New York airports where union contracts have been fought and won for 5,000 members.

Despite the victory in securing federal funding to protect jobs, airport workers on April 1 were not included in Governor Cumo’s New York state budget. This was seen as the most opportune time to pass the Healthy Terminals Act because it is unclear when the state legislature will be back in session.

The union rightfully argued it would save the state money by taking thousands of workers off of Medicare and protect workers on the front line of the COVID-19 crisis. Hopes were elevated that this crucial bill would pass now that there is a Democratic majority in the state legislature, but the Democratic Party yet again failed to deliver on workers’ just demands.

This latest defeat is a testament of the rot inside the political system. Even in a time of crisis, it cannot provide front line workers the basic right to health care. But as the victory for job security showed, when workers organize and fight it is possible to force the rich and powerful to respect our rights.