None of the eight officers have been arrested — yet another example of how the court system lets killer cops murder Black people with impunity.

Protesters took to the streets over the weekend demanding justice for Jayland Walker. In response, the city of Akron declared a state of emergency and implemented a citywide curfew. This is an overt and undisguised act of repression clearly designed to have a chilling effect on the people’s right to protest.

Several planned July 4 events in the city were also canceled. Protesters are determined to continue to march until justice is served.

Walker’s murder also coincided with the Highland Park mass shooting in Illinois, where the white shooter, after murdering six people and injuring several others, was taken into custody peacefully without any shots being fired by police — let alone 90! The only reason that police “feared for their lives” as unarmed Jayland Walker fled from them, but not when they were confronting someone who had just carried out mass murder, is pure racism — the foundation of the very existence of police departments in this country in the first place.

Even after 2020’s nationwide mass uprising against police brutality, there has been little change in how police departments operate across the country. The Biden administration and Democrats in Congress refuse to take up substantial national reform legislation. Officers continue to brutalize and murder in poor, Black and Brown communities with barely any consequence. Like with the arrest and conviction of Derek Chauvin shows, only a widespread militant struggle by the people can force the system to arrest and convict their own officers. 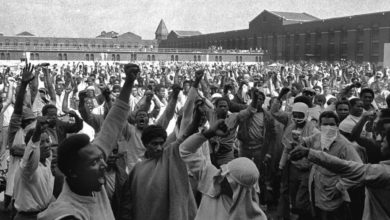