The Party for Socialism and Liberation roundly condemns the terrorist attack on Cuba’s Embassy in Washington, DC early in the morning of April 30, an extremely dangerous assault with an automatic weapon that could have caused death or injury to residents of the Embassy. We are grateful to know that no one was harmed.

We demand that there be a full and immediate investigation by the U.S. authorities about the perpetrator and any possible links to organizations or individuals with anti-Cuba orientation, and that the Cuban government be immediately informed of developments in the investigation as they arise.

By the end of today, April 30, the Cuban Foreign Minister Bruno Rodríguez stated that no information was yet being directly provided from the police or U.S. government to the Cuban government.

The concern about possible terrorist ties by the attacker is not unfounded. The Cuban people have suffered the deaths of 3,478 of its citizens and 2,099 injuries in Cuba and abroad, due to terrorist attack by extreme rightwing anti-Cuban organizations, many of those groups and individuals trained and given the green light by the U.S. CIA. Cuban diplomatic personnel in the United States and other countries have been targeted as well, and several assassinated.

The Party for Socialism and Liberation stresses that Washington must adhere to the obligations of the Vienna Convention on Diplomatic Relations of 1961, and provide full protection for the Cuban Embassy and its personnel.

This attack cannot be viewed separately from the 60-year existence of the U.S. blockade, as well as growing aggression toward Cuba by President Trump, U.S. State Department officials and others. Recently, they have made hostile accusations against Cuba’s medical doctors, even to the point of forcing their expulsion from countries by U.S. allied leaders. People worldwide know and respect that Cuban doctors are saving lives in dozens of countries during the COVID-19 pandemic.

Cuba is not alone. The world stands with Cuba. 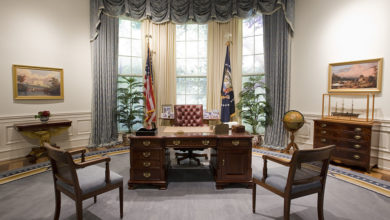