President Biden announced today that his administration was taking two actions with regards to the student debt crisis affecting tens of millions of people in the United States. The administration pushed back the deadline for the resumption of student loan payments until the end of the year, and up to $10,000 of student debt will be forgiven for those making less than $125,000 a year, or $20,000 for Pell Grant recipients.

The cancellation of student debt — which now totals over $1.7 trillion — has been a longstanding demand of the mass movements of the past decade. The popularity of this demand and the persistence with which it has been raised has made it impossible for the politicians to completely ignore. Clearly, Biden made the calculation that he could not go to the 48 million people who have student loan debt totally empty-handed.

But $10,000 is simply not enough. The average amount of debt a student loan borrower owes is nearly $40,000, an eye-popping total that requires far more decisive action. And many borrowers are in even more extreme situations where $10,000 in debt relief can feel like a drop in the bucket. This debt can easily accumulate and stay with borrowers for decades after graduation, and deepens other forms of inequality as well. Black student loan borrowers have debt burdens $15,000 above the average.

All student loan debt should be canceled immediately. This is something that Biden has the power to do through executive order — he cannot blame obstruction by the Republicans or uncooperative Democrats like Joe Manchin.

But he is so concerned about alienating the right wing that he even framed the inadequate $10,000 relief as essentially a necessary investment to allow collections on debt payments to resume after having been frozen since the onset of the pandemic. “My Administration is announcing a plan,” Biden wrote earlier in the day, “to give working and middle class families breathing room as they prepare to resume federal student loan payments in January 2023.” To Biden, this isn’t a matter of justice or the right to an education — it’s about people bracing themselves to restart monthly payments.

Biden himself contributed to this crisis. He was an important backer of the 2005 bankruptcy bill that passed Congress in 2005 and was signed into law by George W. Bush. This law made it virtually impossible to have student loans wiped away by declaring bankruptcy, giving education debt a special status that allows it to follow borrowers around for life no matter how dire their financial situation becomes.

There is no reason why going to college has to be as hugely expensive as it is. The average tuition for an in-state student attending a public college during the 2021-2022 school year was $10,740. Even after adjusting for inflation, that’s over 330% more expensive than in 1988. In some parts of the country, college used to be free. Until the 1970s, for instance, attending the City College of New York was tuition-free for residents. But U.S. capitalism decided to turn the higher education system — which was in large part built under pressure to keep up with the Soviet Union, which did have free education — into a source of mega profits in recent decades.

It is an absurdity that capitalism treats education as a commodity instead of a fundamental right all people are entitled to. The desire to learn, to develop one’s skills and deepen one’s understanding of the world, is among the deepest needs of human beings. And it is the entire basis for social progress, absolutely essential to tackle and resolve the most pressing challenges of humanity and improve daily life. That the U.S. capitalist class wants to punish those who seek to take part in this process with crushing debt burdens is an indictment of their entire system. 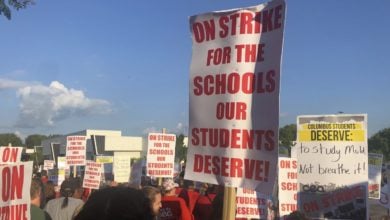 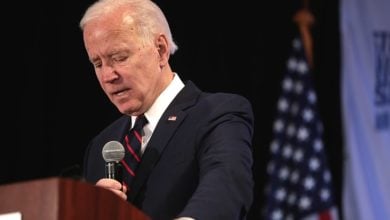 PSL Statement: Yes, democracy is under threat – and Biden is part of the problem