President Biden gave a major speech in Pennsylvania today on crime and policing as part of the roll out of his “Safer America Plan” – and his ongoing effort to slander and distance himself from the historic 2020 mass movement that shook the racist foundations of this country. “When it comes to public safety in this nation, the answer is not defund the police, it’s fund the police” Biden proclaimed in his speech, positioning himself in opposition to a core demand of the movement for Black lives.

Casting police as misunderstood victims, Biden said, “I’m tired of not giving them the help they need,” and expressed his determination to “give them additional resources they need to get their job done.”

How much in the way of additional resources: $37 billion according to Biden’s “Safer America Plan.” This grotesque injection of funding at a time when most workers are struggling to make ends meet would pay for a wide range of new initiatives, but the centerpiece is a scheme to “hire and train 100,000 additional police officers.” Biden is proposing a major expansion of the already-vast American police state, adding a new layer of armed enforcers approximately the same size as the entire military of Spain.

This represents a major betrayal of Biden’s campaign promises. During the 2020 uprising, Biden posed as sympathetic to the movement and its calls to end police violence against Black America: “[W]e have to deliver on this moment to achieve fundamental changes that address racial inequalities and white supremacy in our country.” Biden wrote in a June 2020 op-ed for USA Today, “Nothing about this fight will be easy. Institutions resist change. Racism has been a fixture in our society for hundreds of years. It will take leadership at the highest levels of our government … I’m ready to do that work, starting on Day One”

In addition to rhetoric, Biden specifically voiced his support for federal police reform legislation. In a speech also in June 2020, Biden pledged, “No more excuses, no more delays … It’s time to pass legislation that will give true meaning to our Constitutional promise of equal protection under the law.” This continued into the early days of his presidency with Biden speaking in an April 2021 address to Congress about the need to “root out systemic racism that plagues American life.”

But right-wing Democrats, in concert with Republicans who never wanted to appear sympathetic to the movement in the first place, launched a counteroffensive. They demagogically took advantage of violent crime – hardly a new phenomenon in the United States but on the rise in some respects – to strengthen the political standing of the police in society and paint those struggling against racist brutality as a fringe force.

While negotiations in Congress over a police reform bill took place in the opening months of Biden’s presidency, the administration never invested energy into the effort and it quickly fizzled. The most significant change that was under consideration was the end of “qualified immunity” – an extraordinary level of formal impunity police officers enjoy that makes it almost impossible for them to face accountability in civil cases. But this was one of the first items to be bargained away by Democrats – and all for nothing, since negotiations broke down entirely in September of last year.

It is completely incorrect to counterpose the demand to defund the police, which burst into popular consciousness with the 2020 resurgence of the movement for Black lives, with public safety. We can defund the police AND live in safe communities. In fact, defunding the police will make working-class neighborhoods more secure.

It is a myth that more police equals less crime. If that were the case, then the United States with its enormous force of 900,000 police officers would be one of the safest places on the planet. The endemic violence that so many people are rightly outraged over is rooted in poverty, hyper-individualism, patriarchy, a total lack of resources for youth, and other issues that are outgrowths of a capitalist society dominated by a tiny elite that has absolutely no concern for the well being of anyone else.

None of these deep problems can even begin to be addressed without a massive injection of public funding. Violence interrupter programs, which can provide more immediate relief, are also woefully underfunded. But so much of society’s wealth is devoted to bloated budgets for completely ineffective police departments – over $200 billion a year, a figure Biden wants to increase by $37 billion. We need real, long-lasting solutions, not stepped up police occupation and terror. 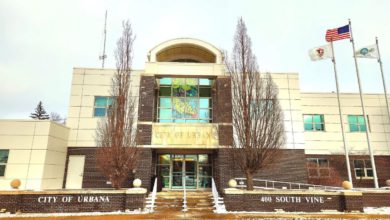