The Party for Socialism and Liberation offers its heartfelt solidarity to the millions taking to the streets to oppose Sudan’s coup regime in the face of beatings, arrests and bullets. We stand with them in their demands for an end to military rule and in favor of popular government. We also offer a special greeting to our comrades in the Sudanese Communist Party, the Resistance committees as well as the trade unions and professional organizations standing at the forefront of the ongoing movement.

The coup regime represents the whims and will of Imperialism on the African continent. It is willing to sell the country to the IMF, World Bank, and capitalist oligarchs of all stripes, to betray the cause of the Palestinian people, to be the cat’s paw of the United States on the border with Ethiopia, all to secure support for their power grab.

All this underscores that the struggle of the Sudanese people — encapsulated in the “Marches of Millions,” strikes, stayaways, and other forms of resistance — is a critical front of struggle in the worldwide movement to bring down imperialism and create a new world based on people’s needs, not profits: socialism.

We stand shoulder-to-shoulder with those risking their lives in this critical fight. You can count on the Party for Socialism and Liberation to continue to lift up the struggle of the Sudanese people here in the United States and wherever our militants and cadres travel. 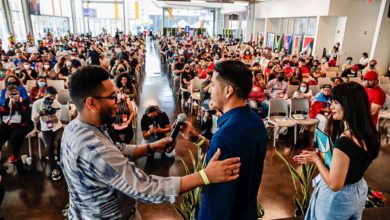