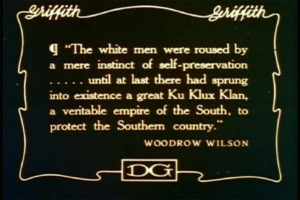 I recently read the widely-shared article published on The Intercept by Jon Schwarz entitled, “Colin Kaepernick is Righter Than you Know: The National Anthem is a Celebration of Slavery.”

It’s an important article. Everyone should know that the third verse of “the Star-Spangled Banner” glorifies the killing of slaves fighting for their freedom as part of the British army: “Their blood has wash’d out their foul footstep’s pollution/No refuge could save the hireling and slave/From the terror of flight or the gloom of the grave/And the star-spangled banner in triumph doth wave/O’er the land of the free and the home of the brave.”

The truth is that the national anthem was not only written to glorify a military victory but also to glorify a slave nation, the United States, dominated by a class of land-owning gentry. In 1812, the “land of the free” did not include Black people, women or, in fact, most white men—a majority of whom were legally barred from voting in the 1812 elections.

Francis Scott Key, the author of the national anthem, was a slave owner and white supremacist. That is not disputed.

What can be added to this is the fact that the history of the national anthem, which was not adopted until 1931, also reveals the deeply racist character of this nation. It is no coincidence that a wave of reactionary protest has greeted 49ers quarterback Colin Kaepernick’s courageous and righteous stand against racist police terror. The song was not only penned by a racist and militarist, but also the struggle to have Key’s song made the national anthem was led by racists for racist reasons.

But first, a little more about Key. Check out some lines from another song he wrote a decade before “the Star-Spangled Banner” to honor the U.S. raids against Muslim nations in North Africa from 1801 to 1805. Pay particular attention to the racist delight taken in the bloody victory over the “infidels”:

In the conflict resistless, each toil they endured,
‘Till their foes fled dismayed from the war’s desolation:
And pale beamed the Crescent, its splendor obscured
By the light of the Star Spangled flag of our nation.
Where each radiant star gleamed a meteor of war,
And the turbaned heads bowed to its terrible glare,
Now, mixed with the olive, the laurel shall wave,
And form a bright wreath for the brows of the brave.

Our fathers, who stand on the summit of fame,
Shall exultingly hear of their sons the proud story:
How their young bosoms glow’d with the patriot flame,
How they fought, how they fell, in the blaze of their glory.
How triumphant they rode o’er the wondering flood,
And stained the blue waters with infidel blood;
How, mixed with the olive, the laurel did wave,
And formed a bright wreath for the brows of the brave.

U.S. militarism, expansionism and the phony “honor the flag” movement have always gone hand in hand with racism. In fact, it is impossible to separate the two. It is not a coincidence that the racist, anti-immigrant American Party of the 19th Century, popularly known as the Know-Nothings, got its start as a clandestine group called the Order of the Star Spangled Banner.

“The Star-Spangled Banner” was a favorite of both union and confederate officers during the Civil War and has long been a song used by the U.S. military to whip up support for war both within and without the military. In 1916, President Wilson issued an executive order to make the song the national anthem during World War I. But it wasn’t until 1931 that “the Star-Spangled Banner” became the national anthem by law.

Wilson undoubtedly was aware of the fact that the anthem is racist. Wilson, whose daughter Margaret Woodrow Wilson performed and recorded “The Star-Spangled Banner,” was deeply committed to white supremacy. He worked to aggressively segregate federal work places, defended efforts to restrict voting for African Americans and believed Black people were happier under slavery. He saw reconstruction—an era of affirmative action for Black people—as not just a mistake, but a shameless aggression against the (white) people of the United States.

Wilson held the first ever film showing in the White House. The movie? None other than “The Birth of a Nation”—the “American classic” that glorifies the Klan. In fact, Wilson was quoted in the movie, “The white men of the South were aroused by the mere instinct of self-preservation to rid themselves, by fair means or foul, of the intolerable burden of governments sustained by the votes of ignorant negroes and conducted in the interest of adventurers.”

Wilson was part and parcel of the ever deepening segregationist rule over the United States after the Civil War. He presided over a country of apartheid, lynch law, and white racist mob violence against people of color and immigrants. In 1916 when Wilson made “The Star-Spangled Banner” the national anthem, a wave of KKK resurgence was sweeping the nation in response to immigration and the migration of Blacks from the south to the north. This is not a coincidence. It is not a coincidence that some of Wilson’s re-election campaign slogans in 1916 were “America First” and “Our Country, Our Flag, Our President.”

Under Wilson in 1918, a new major U.S. military base was commissioned and named after Confederate general and rabid white supremacist, Henry Benning. Who led the charge to get the base named after Benning? None other than the Confederate Veterans and the United Daughters of the Confederacy. Forts Lee, Bragg and Gordon, all named after confederate generals, were all established during the Wilson presidency. John Brown Gordon was literally head of the Georgia KKK while he was serving in the U.S. Senate.

Again, it is no coincidence that the racists are attacking Kaepernick. The person most responsible for making “The Star Spangled Banner” the national anthem was Woodrow Wilson, a racist who held one of the most powerful offices in the history of the planet.

Who led the charge throughout the 1920s to get Congress to pass a law to make the national anthem official? It was a man named Captain Walter Joyce of the racist Americanization Committee of the Veterans of Foreign Wars. He spearheaded a petition drive that collected 5 million signatures to make “The Star-Spangled Banner” the national anthem. He was the chief lobbyist for the legislation. He also happens to be the guy who came up with the racist slogan, “One Country, One Flag, One Language.”

Joyce drafted and promoted a VFW creed that was thoroughly racist. Here is the creed:

1. [The VFW will] Do everything within its power to eliminate the hyphen in organizations composed of residents or citizens of the United States.” (That is, that there should be no Irish-Americans, German-Americans, Italian-Americans, etc., only Americans.)
2. That this organization endeavor to bring about the speaking of the language of our country at all times and in all places within the boundaries of the United States.
3. That this organization emphatically favor publication of the newspapers of our country in the language of our country and positively discourage as an act of disloyalty the publication of our newspapers in the language of any other country or race.
4. That we use our utmost efforts through legislation and other means to insist that the alien population of this country prepare to become citizens or prepare to leave the country until they change their minds, and furthermore that all aliens who for cause have been refused citizenship be deported at once.
5. Resolved, that the above declared principles be spread broadcast by the VFW in carrying out its principles of Americanism.

So, let’s be very clear about the national anthem. Its adoption was clearly meant to keep America racist. I should also mention that the backers of the national anthem were deeply anti-communist and helped organize mass support for the Red Scares of the 1920s and 1950s.

“The Star-Spangled Banner” is not a flag of freedom

The mere act of a Black person taking political action and sitting during the anthem has infuriated the racists and the establishment, which in itself speaks volumes about the racist nature of this country.

Kaepernick is right. Justice won’t happen under the blood-drenched and racist “Star-Spangled Banner.” That’s only going to happen under a different flag—a red flag of the people’s struggle against white supremacy and capitalism.