Over 70 unhoused persons were forcefully evicted from an encampment in South Sacramento, California on September 28. This latest eviction marks at least the third time that the encampment residents have been forcibly displaced since the start of the pandemic, according to organizers working with the unhoused community. Many have been displaced several times, both before and during the pandemic — in violation of CDC and county public health orders.

The encampment, which had been located along the city’s Morrison Creek, was served with 24-hour notices to leave or face charges for “unlawful camping,” “sidewalk obstruction,” “unlawful storage of personal property,” and, “blocking public access.”

Under the Martin v. Boise U.S. 9th Circuit Court of Appeals ruling, cities and counties are not supposed to be allowed to charge someone with a violation of an anti-camping ordinance when there is insufficient shelter space — which is the case in Sacramento.

Word of the sweeps made the rounds on social media a day earlier, on Monday. Volunteers with Liberation News arrived on-scene early Tuesday morning, the day of the eviction, to document the sweeps. Liberation News documented the destruction of property against the wishes of the residents as entire tents and informal residences were being plunged, still-assembled, into compacting garbage trucks and torn to shreds.

A 94-year-old woman had her tent destroyed against her wishes on live-stream and on her birthday while sanitation workers attempted to lie to members of independent media and make false statements about how the destruction was requested by the unhoused resident herself.

In response to activist demands for answers as to why the city would conduct such a disgraceful act, the city claimed that the encampment prevented access to a nearby middle school. The school district decided to file in spite of the fact that the school district had already agreed to support a proposed $6 million rehabilitation and restoration project in the area led by a local community land trust. Planners and project proponents were supposed to have worked to ensure that the project did not displace the local unhoused population, and that their use of the area would be supported and acknowledged.

These kinds of shock eviction strategies are yet another tool used to administer the real interests of the city, which is to defend the interests of big landlords and corporations.

One member of the encampment with whom organizers spoke, Billy, 61, remarked that these kinds of sweeps are a form of “warfare on the homeless.” Indeed, these displacements are part of the larger class war. 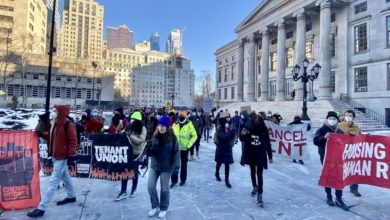 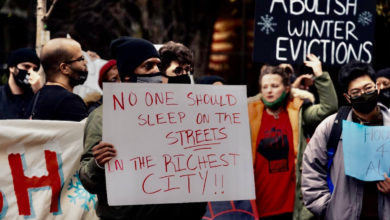 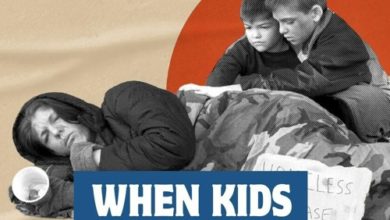