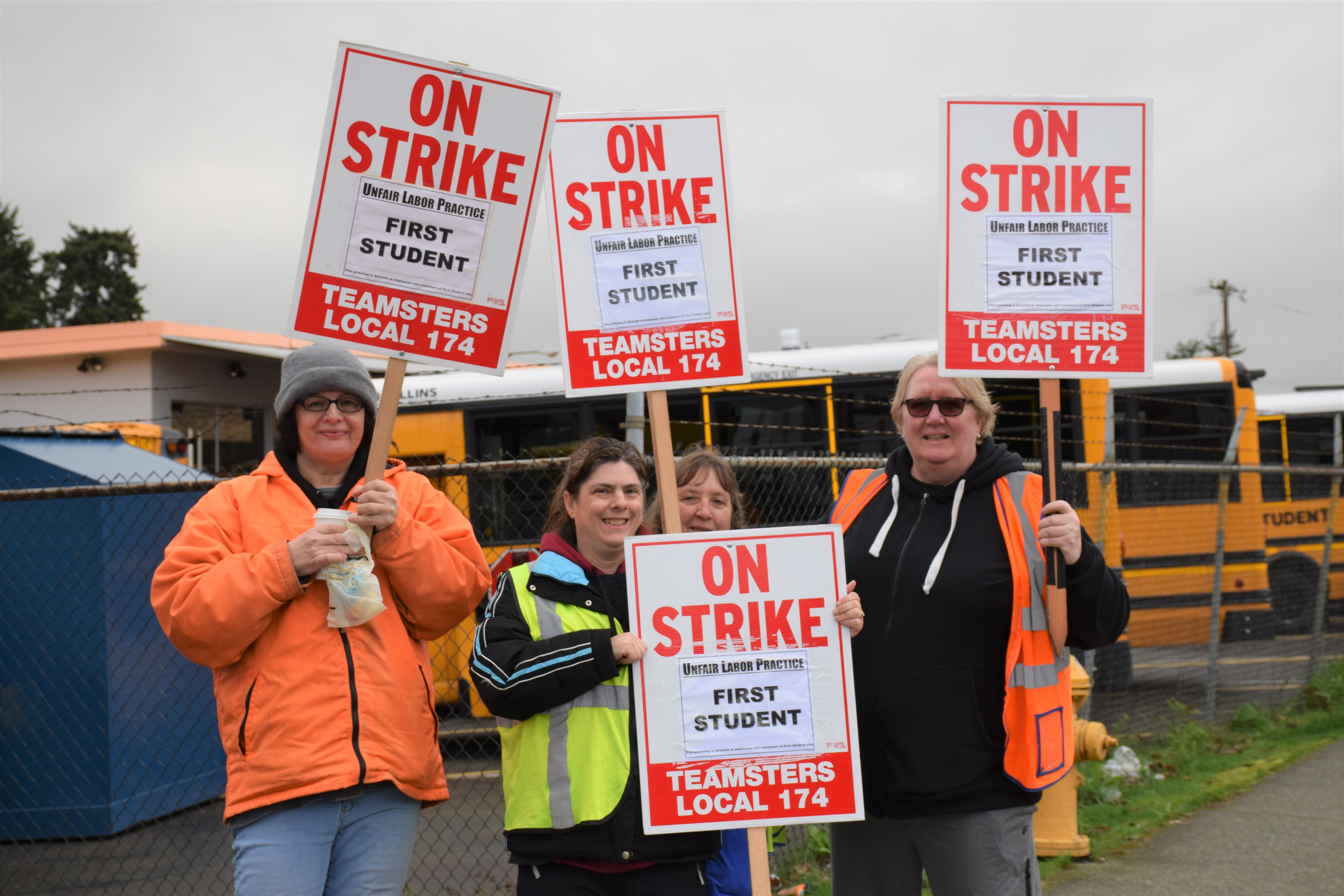 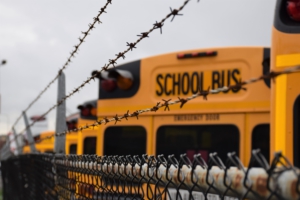 On February 1, 400 school bus drivers went on strike in Seattle, Washington, citing inaccessible health coverage, unsafe and exploitative working conditions and an unreasonable employer which refused to deliver on insurance obligations to its workforce.

“At the core of the demonstration is the demand for basic and affordable healthcare” stated Jamie Fleming, a union representative of Teamsters Local 174. “Many people have suffered as a result of being unable to afford healthcare. Two of our drivers have cancer for instance; what are they supposed to do?”

The drivers’ employer, a company called First Student, has made the claim that they provide health coverage for full-time drivers and their families, and accused the picketing drivers of rejecting their offers. However, given First Student’s methods of classification, such coverage only applied to 22 out of the 400 drivers, on top of being too costly. “None of us are actually part-time,” said Rawnie, a First Student bus driver. “Our job classifications officially considers us to be ‘seasonal-part-time’ employees. But the numbers don’t lie; we all work 12-hour days. Yet we aren’t considered “full time” so they won’t pay us benefits we should be getting.”

The bus drivers also spoke angrily about the difficulties they faced as a result of inequitable and unaffordable health insurance costs. “I have to pay four to five thousand dollars yearly in deductibles. That insurance plan can’t go to everyone and it gives nothing for our families. So everyone comes to work sick because no one can afford to go to the hospital. And First Student tries to guilt us for this, even though they’re the ones forcing us to choose between bankruptcy and poor health. And they have the audacity to call this a ‘comprehensive’ health plan.”

Beyond a lack of health coverage, drivers had a wide variety of additional complaints. “We only get eight days off a year. This includes personal holidays; two are sick days, six are paid. However, we can’t take these without losing our bonuses for the entire month! If that wasn’t enough, we have to get approval from our bosses to even use the days. I was even called in and reprimanded for taking six of those eight days off.”

There is power in a union

The drivers pointed out however that thanks to union representation, several battles had already been won in favor of the drivers. “It was a lot worse before we were unionized in 2013. Our employers used to force us to go to the doctor even though we had no way to pay for it. You could be fired for getting in accidents even if you weren’t at fault. There was no type of seniority, and favoritism was rampant.”

First Student also has a longstanding track record of attempting to drive down wages and take advantage of its workers, even amidst hard-won victories such as the $15 minimum wage increase. “First Student claimed that with increases in wages, they couldn’t afford to give us our benefits and had to cut our hours. Keep in mind we are talking about a company that pulled in 2.6 billion dollars in profit last year. It’s just ridiculous.”

After a week and a half of picketing and protests, Teamsters Local 174 and First Student came to a tentative agreement with more expansive benefits and greater health coverage for both the drives themselves as well as family members. The Union agreed to the new contract after holding a vote in which 97 percent of members voted in favor.

While some drivers were hopeful about the new contract, it remains to be seen if First Student will honor the obligations of the contract. Should they fail to deliver however, First Student will again find itself answering to the strength of a determined, organized and unionized workforce. Jamie Fleming seemed to agree. “This is a David vs. Goliath fight. But we’ll show that time and time again, organized employees are always stronger than their bosses.”