Reposted from The Mast

The Socialist Party Zambia has called upon the United States government to without delay address all forms of structural aggression against the anti-racist protesters.

The leftist party expresses its extreme discontentment at the growing wave of repression against the anti-racist movement in the United States of America.

The Socialist Party earnestly requests the international community to raise its collective voice to denounce the racially inspired attacks that today define the order of events across the US.

It said it was aware of the fact that, in part and to a large extent, the escalating racial crackdowns were direct spin-offs from the deeply fractured capitalist system.

“The Socialist Party calls for solidarity with the victims of systemic violence and implores all organizations of goodwill to unify and concretize the struggles against racial injustice and physical attacks especially on individuals and civil organizations that seek to defend justice, promote equity and peaceful co-existence,” stated the Socialist Party, in declaration. “We deplore the senseless assault by the US establishment on those agitating for a more humane and fair society for all. We demand the immediate and unconditional release of the Party for Socialism and Liberation activists and many others from incarceration across the US.” 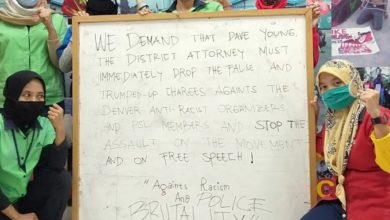 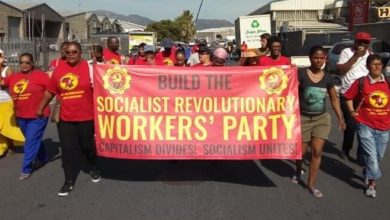