These facts don’t seem to alarm prison officials within the South Carolina Department of Corrections.

SCDC has been denying women incarcerated at Camille Graham Correctional Institution life saving medications. It is also routinely allowing the women to be exposed to the virus, placing them in unsanitary living conditions. Prison staff are not monitoring for life-threatening symptoms among patients.

Nothing substantial is being done to effectively stop the spread of the virus within SCDC facilities.

On Jan 27, the Party for Socialism and Liberation was joined by the Black Liberation Fund, an outside liaison for Jailhouse Lawyers Speak organization and family members of women incarcerated at Camille Graham, outside SCDC. A press conference was held to bring to light the inhumane conditions faced by women in the facility.

According to family members, women being incarcerated at Camille Graham Correctional Facility are in need of life saving medications that range from insulin to mental health medications and even anti-seizure medicines.

Erica Anderson, who is incarcerated at Camille Graham, has been denied mental health medications, since having tested positive for COVID-19. As a result, she faced excruciating withdrawal symptoms. Instead of monitoring their health closely, SCDC has placed these women in isolation, with up to one roommate.

Morgan Anderson, local student activist and daughter of Erica Anderson, explained, “They’re not allowed to bring any of their stuff, they’re not allowed to have pen or paper, and they were not giving people their medicine.” She continued, “My mom told me of an incident where she knew somebody who wasn’t getting their insulin and their body was starting to shut down.”

This is not the first time Camille Graham has been in the news for abusing and neglecting inmates. The facility has a long history of abusing the women who are incarcerated there.

In 2019, Dr. Pamela Crawford, a psychiatrist who worked with inmates at Camille Graham testified in front of a Corrections oversight panel to the heinous abuse she saw being carried out against patients with mental health issues. She documented witnessing patients having acute mental health crises being punished, as well as women with different disabilities being thrown into solitary confinement for extended periods of time.

South Carolina Department of Corrections is notorious for the many human rights abuses faced by those incarcerated in their 21 facilities.

Latisha Imarra, founder and director of Black Liberation Fund, whose husband David “Shango” Ballard is incarcerated at Perry Correctional Institution, stated that her husband has been subjected to racist verbal abuse as well as physical abuse at the hands of corrections officers inside Perry.

She explained, “He was held down and had his dreadlocks shaved off, then thrown into solitary confinement, because he filed grievances for the verbal abuse he was subjected to.”

“They do this because they don’t care. They don’t consider people locked up as human beings deserving of basic human rights.”  said Kym Smith, outside liaison for Jailhouse Lawyers Speak, when asked why SCDC would allow the conditions inside its facilities to go from bad to worse.

As COVID numbers increase across the country, it has become glaringly obvious that the fight must continue for the women incarcerated at Camille Graham and for all people incarcerated in South Carolina. 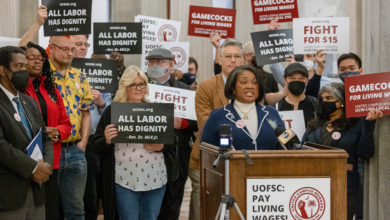 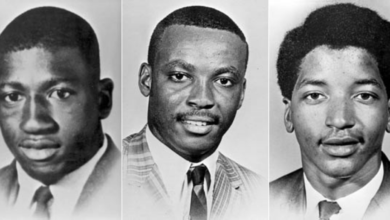