The law suit that overturned Roe v. Wade was initiated in Mississippi by Thomas E. Dobbs, a state official. Anti-abortion Mississippi politicians hypocritically claim to care about children and families, yet Mississippi has the largest percentage of children living in poverty, the highest infant mortality rate, is the poorest state and has been called the worst place to raise a family.

Recent revelations show why this is so.

The state’s Department of Human Resources, the agency responsible for distributing federal funds to poor families, gave millions of dollars of these funds instead to wealthy, politically-connected Mississippians for their pet sports projects and athletes, and for meals at expensive steak houses. State auditor Shad White called this case “some of the largest fraud in state history.”

$94 million stolen from the poor

“I believe I was fired as a result of a pattern of orders from the Mississippi governor’s office concerning protecting an entity, called the University of Southern Mississippi Athletic Foundation, from any responsibility in this matter,” said Pigott in an interview with the New York Times.

This firing reveals the corruption at the root of the Mississippi State Department of Human Resources. It exposes the fraud within the system of Temporary Assistance for Needy Families fund distribution in Mississippi, and the hypocrisy of the anti-abortion Mississippi politicians who pretend to care about children and families.

‘Some of the largest fraud in state history‘

The investigation started with a 2020 state audit which led to a Hinds County grand jury indicting six people, including former welfare director John Davis and non-profit director Nancy New, on charges relating to fraud and embezzlement. Much of the misspent funds went through two non-profits under the Families First for Mississippi Initiative, which is supposed to move poor families off of government assistance.

Under this initiative, money allocated for assisting Mississippi’s poor, was instead spent on:

Mississippi Today reported that Pigott’s former boss, current Governor Tate Reeves, has received millions in campaign funding from 11 of the Southern Mississippi Athletic Foundation’s board members. Furthermore, several of these donors are direct beneficiaries of the welfare scheme, including Brett Favre, Zach New and Nancy New.

Media and politician narratives around welfare and poverty have always blamed the poor for their plight and reflected anti-Black racism. Despite the decades-long slanders that poor Black women in need of assistance are “stealing tax-dollars,” this case shows that it is actually the ruling-class politicians and their wealthy donors who are helping themselves to tax funds.

TANF is a block grant provided to states, which decide to whom and how the funds are distributed. The program’s stated purpose is to provide cash assistance to poor families, promote employment, prevent out-of-wedlock pregnancies and encourage two-parent families.

In 2018, Mississippi only spent 5% of $135 million in TANF funds on direct assistance to families. Some $40 million was spent on indirect assistance under control of agencies, foundations, private schools and nonprofits, such as the “Fatherhood and Two Parent Family Formation.”

The federal government requires documentation on families that get direct assistance from TANF, but requires none of the same documentation on how 95% of these other funds are spent indirectly. Washington gives intense scrutiny to needy families, but not to those of the capitalist class that own non-profits, sit on foundation boards and own private schools.

We need a new welfare system

The following measures would help working-class families to receive the assistance they need and deserve:

Such measures could ensure that a scandal like this never happens again in Mississippi. More importantly, actualizing these demands could put power into the hands of working-class Mississippians to enact an agenda that benefits the state’s majority, and does not lining the pockets of the well-connected. 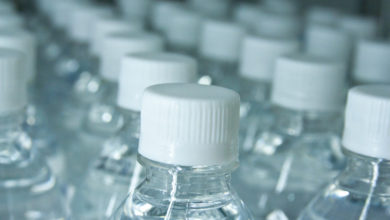 180,000 without running water in Mississippi after decades of gov’t failure