Syracuse packs city hall to speak out against police violence 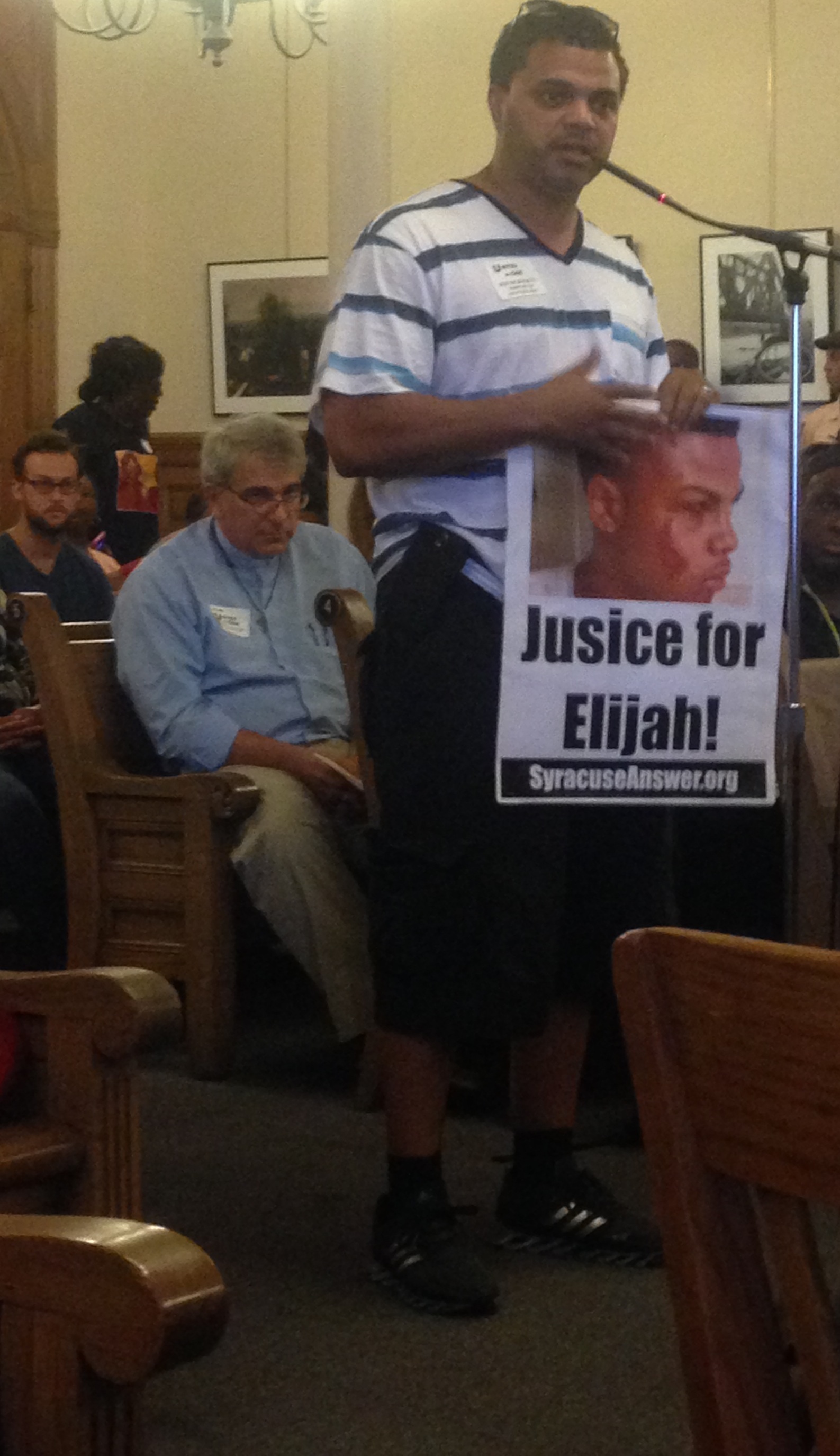 Dozens of people filled council chambers at Syracuse city hall tonight to attend a session of the Public Safety Committee focusing on the Syracuse Police Department’s use of force policy. The session was held in response to public outrage over two recent, public instances of police brutality.

For most of the meeting, councilors asked police representatives questions about use of force policy and practice and complaints against the police. At one point, councilor Khalid Bey expressed his concern that police brutality was a financial liability on the city. To this, Chief Frank Fowler proudly noted that, of all the times that the police have been taken to federal court, they have not paid a single dime in liability.

There were about five minutes allotted for public comment, and as soon as this was announced people jumped to get in line. The first man to talk told the police and council how, after being beaten while handcuffed by police, he didn’t leave his house for four months out of fear. He said that the police officers who beat him up still walk his streets, and that no action has been taken at all. Asking about what actions needed to be taken, he asked, “What do we need to do, some Missouri stuff?”

The council attempted to close the meeting after this comment, but next in line was John Johnson, the father of Elijah Johnson, who was recently beaten by police officers. After the crowd insisted that he be allowed to speak, John addressed the council about the atmosphere of police brutality in the city: “There’s a culture. There is a practice going on that needs to stop… I’m crying out to you.”

The public will have more time to speak out at a town hall meeting being organized by the Southern Christian Leadership Conference on Monday, August 25 at 6:00 pm at the Southwest Community Center.