Residents on the picket line described the high cost of living in the Southwest Crossing apartments, even though the landlord does not adequately maintain the building. A tenant named Larry lived in a two-unit apartment that cost $630 per month. The heating was dysfunctional, and after using a space heater to stay warm he received an electrical bill of over $150.

One of the organizers of the strike, Tarrell Woodson, showed Liberation News the facilities of Southwest Crossing. The laundry room had sewage bubbling up through the drain. The ceiling was close to collapsing in multiple places and the ground was covered in mud. The table that clothes are supposed to be placed on was covered in water, mildew and bits of ceiling. Vacant rooms were covered in black mold, with some units having mushrooms sprouting from the ceiling. Dozens of apartments had broken windows, broken locks, and broken heating. The abundance of mold causes a stench to waft from vacant units to occupied ones. The cheapest rent for one of these apartments is $495.

T.E.H. Realty is not only forcing residents at Southwest Crossing to live in squalid conditions. Residents in Bridegton, Missouri, about 20 minutes north of St. Louis, experience similar terrible conditions in their own apartments. Residents of apartments in Ferguson are part of a class action lawsuit against T.EH. Realty. T.E.H. Realty’s predatory actions are not limited to the United States. T.E.H. Realty also has connections to Israeli settlements. Private investment firm Iintoo Investments helped investors around the world profit from the misery of tenants renting from T.E.H. Realty. The former chair of Iintoo Investments now runs the Israeli Bank Hapoalim, which finances the building of illegal settlements on Palestinian land.

Landlordism is a crime, and people should have a right to safe and free housing. Nobody should be forced by lack of money to live in a space where they are at risk of disease and death. 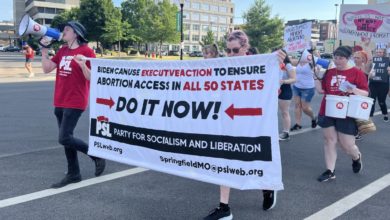